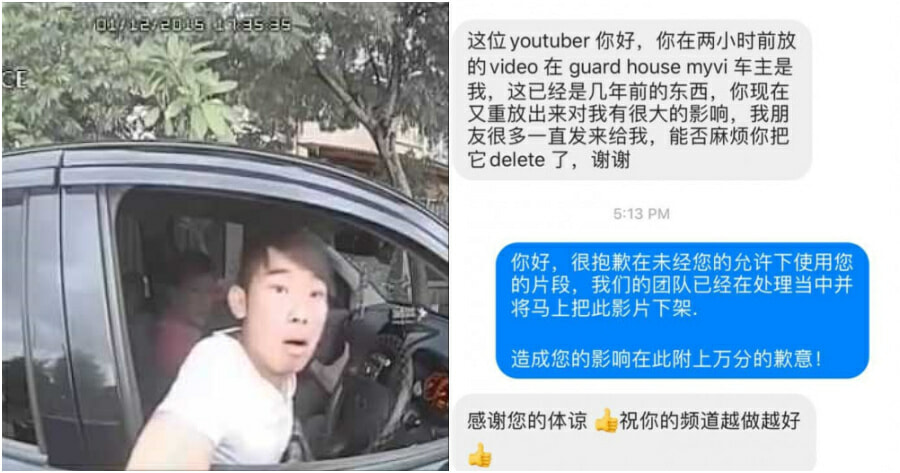 It’s always important to be mindful of what you say or do, especially online because the internet is forever. If not, you might just end up like this guy!

On 2 January, a Facebook user, who has chosen to remain anonymous, posted on Facebook asking netizens to stop sharing gifs of the ‘apa l*njiao’ guy, as he had reached out to a local Youtuber recently stating that the GIF continues to affect his life despite going viral many years ago.

“Remember the “Apa L*njiao” guy? He’s basically asking all netizens to stop spreading the GIFs on the internet. It was something he wasn’t proud of in the past, and it’s affecting his life. Sekian terima kasih,” he wrote in his post. 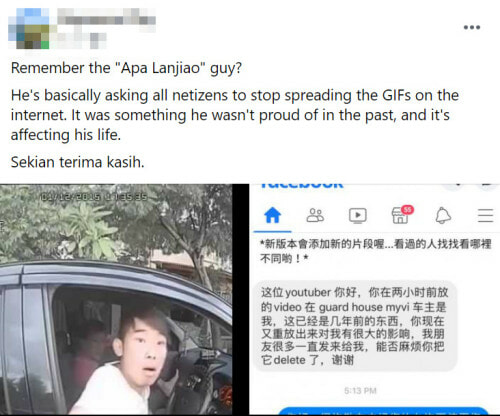 In 2016, a video went viral of a guy getting into a somewhat comical argument with a security guard at an apartment complex. In the 58-second clip, the guy in question screams ‘apa l*njiaooooooooo’ (yes, in that fashion) and GIFs of the video have been living on the internet ever since. 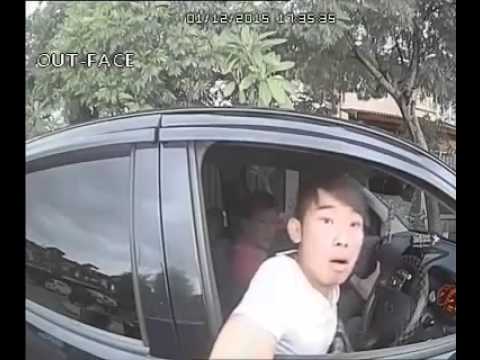 In the screenshot, the ‘apa l*njiao’ guy writes: “Hello youtube, the video of the Myvi at the guardhouse you posted two hours ago is actually me. It happened a few years ago, and circulating the video now is causing me some trouble. My friends keep sending me your video, so could you delete it, please? Thank you.”

Speaking with WORLD OF BUZZ, the Facebook user explained that this was a request from the guy to Dissy, a local Youtuber, who had just released his new song (山頂黑毒蛇) where he had initially used this GIF in his music video.

In his song, Dissy uses the guy’s infamous catchphrases, “apa l*njiaooooooooo” and “blablabla”, as part of his catchy chorus.

In response to this request, netizens have instead opted to share around his GIF even more! The Facebook post has since received over 300 comments, many of which are GIFs of his video or links to it instead.

While most people were just sharing around his GIFs, there were a few who suggested he just make the most of it and become a Youtuber himself instead. Who knows? He’ll probably get famous!

Others said that this is what he gets for acting so reckless in public. Maybe think before you speak and you won’t become a meme!

Well, what do you think? Should this meme die or should it continue to live online? 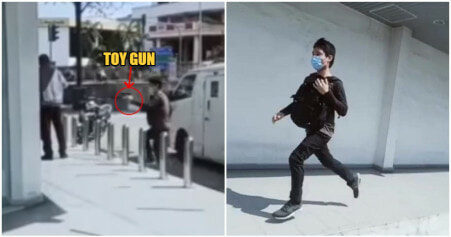