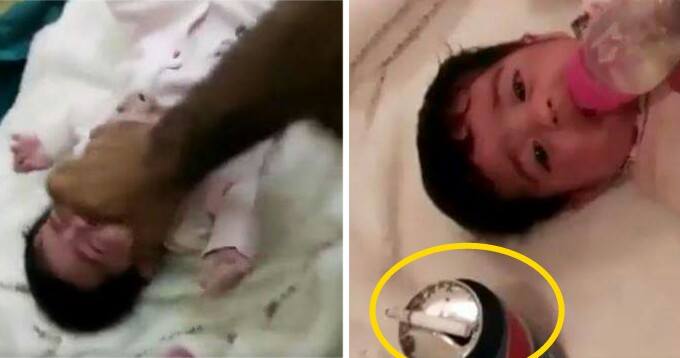 A few outrageous videos recently went viral depicting the abuse of an infant by her very own father.

Two graphic short video clips and a picture of a man ill-handling a beautiful little baby was posted onto Facebook by Saif Bilal. 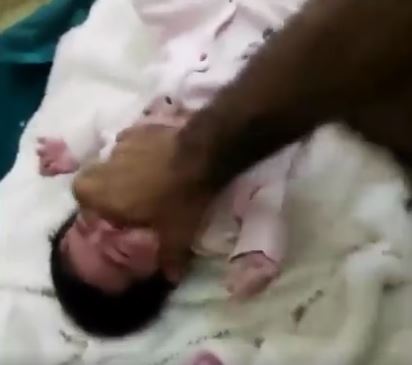 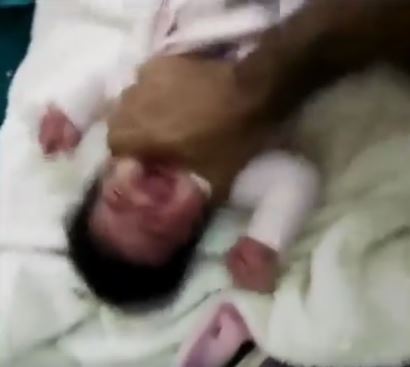 Saif explained that the man was the baby’s very own father who would abuse her like this all the time. Worst of all, the man actually recorded his own acts and sent them to the mother.

“Syrian mum complained to Saudi police that her husband (who) lives in Makkah city always torture her baby and sometimes mix Pepsi with milk in her bottle and takes video and send (those videos to) her daily.” 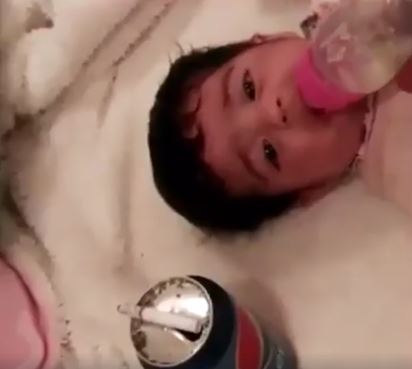 “She (has) been separated from husband and the husband took the baby from her and kept (her) with him for torturing. She wants her baby to be back from her husband.”

In the first video, the ruthless father can be seen slapping, choking and roughly grabbing the poor child. According to Saif, the second video shows a bottle that the father was feeding to the child had a mix of milk and Pepsi!

The useless man even smoked right in front of the poor child!!! I hope you rot in hell, you piece of shit. 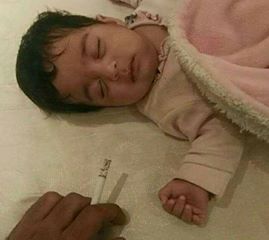 The videos went viral within a day with over 1.1 million views of the abuse and 650,000 views of the feeding.

Extremely upset netizens from around the world could not contain their anger as they commented and shared the post.

Many were desperate for the child to be saved and for the man to be caught while others wished the horrible man to hell.

“Wow this is craziness. Hope you rot in hell.“

“This is not a human. He is just a stupid animal!”

“Fucking sick in the mind.”

As the video went viral, Saudi police were quick on the case. Within a few hours of that post being brought up, the local police found the culprit and have returned the poor baby to her mother.

Probably sensing that she was safe, the cute little child was smiling away in her mother’s arms. 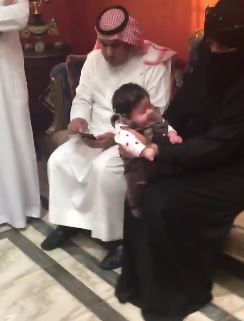 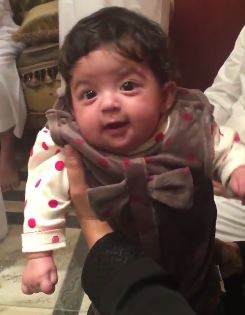 According to Saudi Gazette, the baby will undergo a medical check-up to ensure that her health is fine.

The Human’s Rights Commission told the press that they were keeping in contact with the authorities to ensure that the horrible father be punished.

Watch the full videos of the abuse here if your heart can take it: