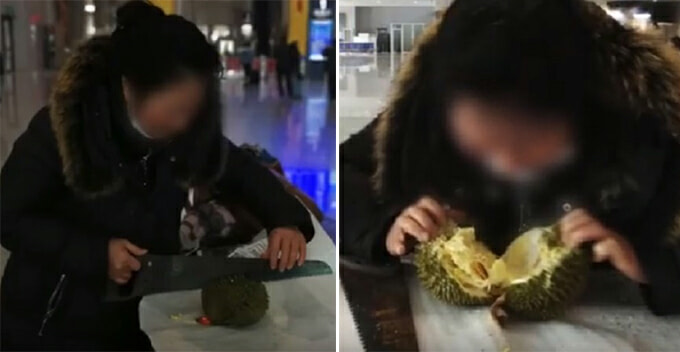 Durians – either you love them or absolutely hate them. For this lady, it seems that she is really in love with the king of fruits, so much so she devoured them in a jiffy just to catch a train!

Last week (29 December), a woman was stopped by security at a train station in Zhejiang, China because she had a durian in her bag. 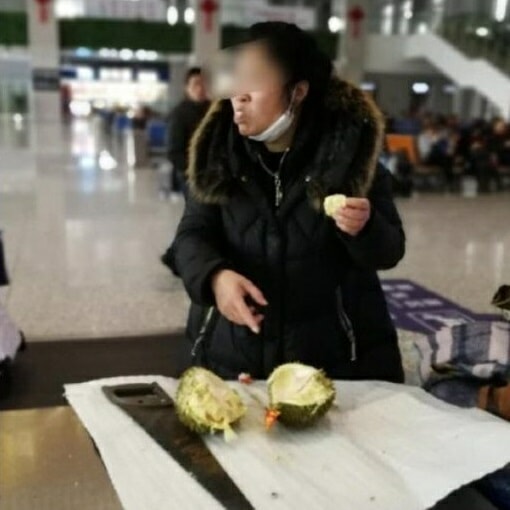 According to Shanghaiist, the woman was informed that she would not be allowed into the train station with the durian. As such, she had to make a tough decision – to eat it or leave it.

Of course, she decided to eat it! 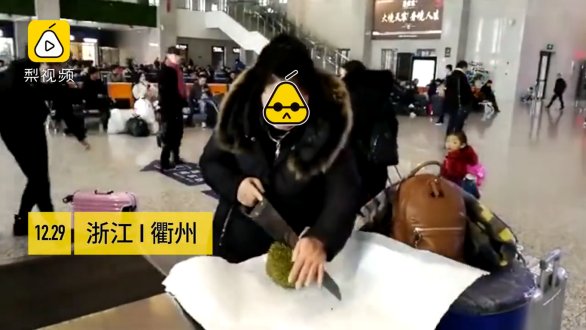 The woman somehow managed to find and borrow a saw from someone at the station (what/how/why would anyone have a saw at a train station??). She then cut open the durian and proceeded to consume it. Yes, the whole thing! 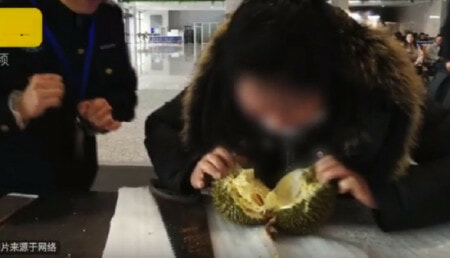 Impressively, she ate so fast that she even managed to catch her train! And the best part? It was caught on video. Check it out here:

What would you have done if you were in the same situation? Would you eat or leave the durian? Tell us in the comments section below! 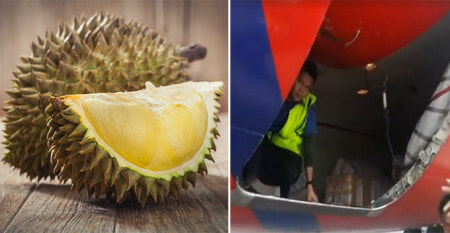