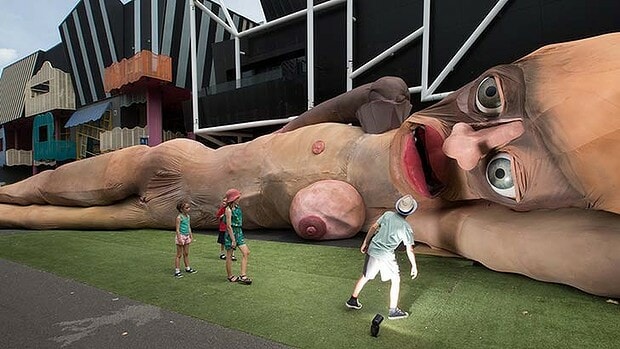 Snuff Puppets – A puppet theatre company from Australia which was established since 1992. In their latest act named ‘Everybody’, its concept revolved around a human’s life cycle where the show is separated into 4 acts:

Check out the ‘Everybody’ video below:

Their puppet creations are brute, rough, handmade which gave it a creepy outlook. If you can get past it’s grotesque exterior and understand the meaning behind the acts, they are are definitely inspiring. Especially when ‘Everybody’ is made to be multiracial and of both genders!

Conceived since 2012, ‘Everybody’ isn’t just one puppet, but several independent free-roaming puppets which makes up other body parts such as the eyeball, poo, ear, heart, lungs, breast, intestines, and even genitals of each gender! Talk about an eye opener.

The show begins with the death of the giant human puppet with a brick thrown at Everybody’s head. The head cracks and its brain oozes out. ‘Everybody’ watches its life flash before its eyes, from birth through life and ultimately death.