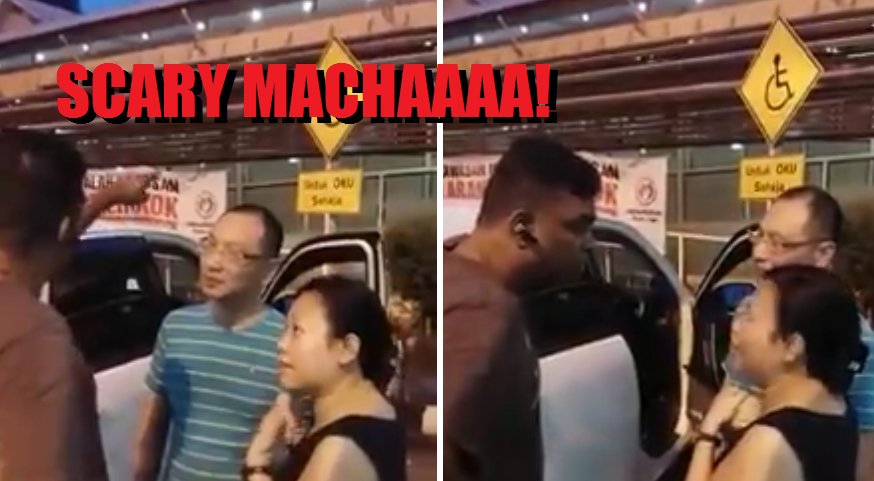 Driving in Malaysia ain’t easy. It comes with a little bit of skill, especially when some drivers don’t friggin use their blinkers while turning or changing lane.

However, the parking problem is a whole other issue. There’s so many cars on the road that we often find ourselves struggling to find space. It sometimes get so bad to a point that we’d curse and swear to leave our car in the middle of the road in the name of frustration.

Be it as it may, nothing beats being a douche and parking in a disabled parking lot.

A video posted by Naren in Facebook page Champion4disability showed him teaching a couple a lesson for having parked in a spot reserved for disabled people. 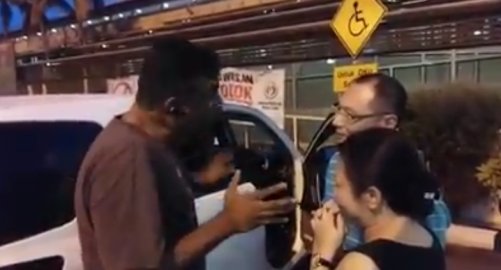 The video starts with him straight away pointing to the handicapped sign and saying “Do you see the signboard there?”

The lady explains by saying that they did not see the signboard earlier and admits that it was their fault for having parked there.

Naren exclaimed that he was “sick and tired of irresponsible people like them” and he scolded the couple to make sure his message was sent across and they would never do anything like this anymore.

He writes in his video caption,

“This was an incident where I went gangster on a Singaporean couple who parked on a handicapped parking lot and tried to worm their way out with dumb excuses. The drama unfolded when I deliberately blocked their car in disabling them from reversing. I waited for these people to come back to their cars for 45 minutes!!!

The driver ended up reversing and knocking into my truck and that kind of added fuel to my fire. It was 6.30pm and I had just completed a long day of energy auditing in Western Digital plant with my 3 other very big and intimidating looking auditors so that is why i look n sound like a thug. Very tired and extremely irritable I wanted them to feel what it was like having to wait just like how a disabled person would have felt.”

Some said Naren took things a little too far since the couple have already apologised for the situation.

The couple offered to help Naren repair his truck, but he asked how they were going to do that, given that he is from Shah Alam in Selangor and they were from Singapore.

In the end, the two parties came to a consensus where Naren told them to donate the RM1,000 which they offered as compensation to a charitable organisation for the handicapped.

Naren dismissed the couple from repairing his car as long as they donate to charity.

Naren did not intend to post the video at first. The incident happened nearly seven months ago but he said that the Singaporean man did not keep his word to the donation hence he published the video.