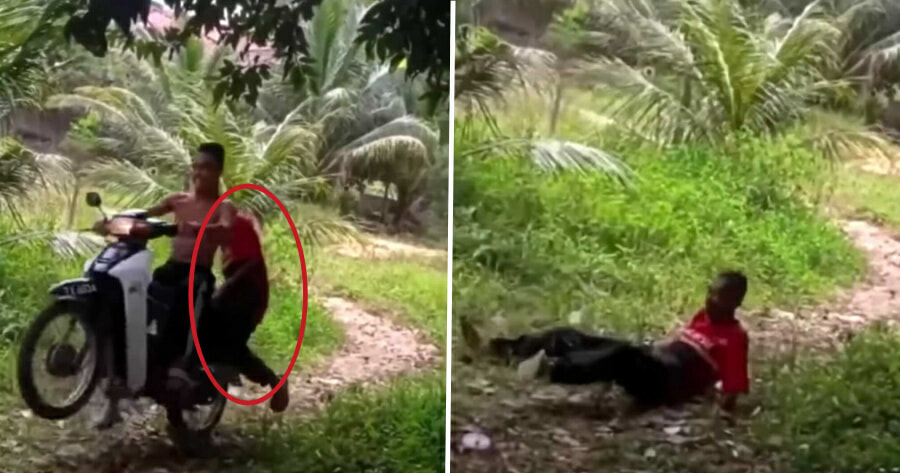 Everyone will get old eventually, and while some think that playing practical jokes on a senior citizen is funny, it’s actually extremely disrespectful and you do not know the consequences behind your actions.

On 14 February, Info Roadblock JPJ/POLIS has published a Facebook video showing how a few boys, believed to be teenagers, were teasing an old man and trying to make him fall from a motorcycle.

As shown in the video, the young man was attempting to start his motorcycle while the elderly man was still hanging on to the back of the vehicle. In the process of starting his motorcycle, he constantly tried to scare the old man behind him. In the last few seconds of the clip, the teen revved his engine and tilted the motorcycle upward, causing the old man to fall off the back.

A gang of his friends could be seen laughing at the old man in the background throughout the entire video.

On 15 February, Info Roadblock JPJ/POLIS then updated the netizens with a Facebook video showing that all the suspects have apologised to the elderly man whom they made fun of.

The videos showed the four young men taking turns to apologise to the old man. Each of them also shook his hand and hugged him.

However, many netizens also took to the comment sections that they think the young men weren’t sincere and patient when they were apologising to him.

Let us know your thoughts about this story in the comment section! 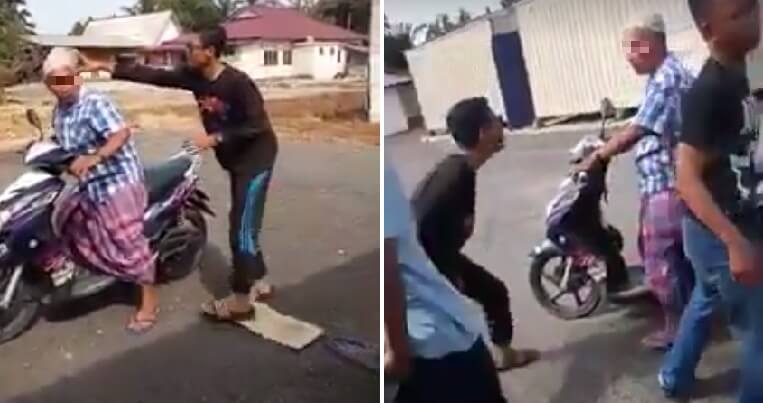