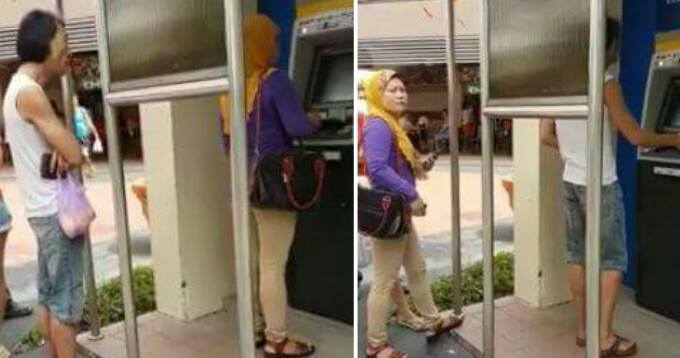 A recent video of a Singaporean uncle went super viral for his unbelievable and obnoxious behaviour towards another lady whom he didn’t know.

The video which was uploaded by Wak Ali showcased a middle age-looking man in a white single, three quarter jeans and slippers lining up to use the ATM. 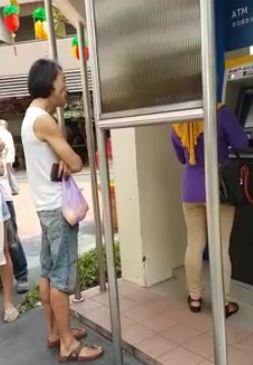 However, the guy was so impatient that he started yelling at the lady who was using the ATM in front of him. And the most cringe-worthy part was his horrible British accent. Warning, watching the video will make you want to punch him.

In a high-pitched tone, he arrogantly demanded,

“Hello, what are you doing?”

Receiving no response from the lady, he then switched up into a more ‘teacher-like’ tone.

“I am losing my patience with you. If you don’t know how to operate this machine, get out and let other people use it!”

The lady, feeling the pressure from the impatient man, quickly replied without turning back, 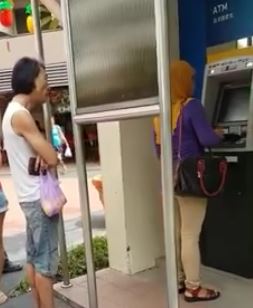 But the arrogant uncle was on a roll. As though he did not hear her, he continued berating her.

“Which country are you from? You come to Singapore, you behave yourself. What the f**k do you think this is? If you cannot behave yourself then you go home. Do you understand that?”

Finally losing her cool, the lady yelled back in a frustrated tone,

“I not understanding you!”

And the older man then screams at her again,

The two continued to exchange arguments until the guy asked,

The lady had no fear and she told him to just slap her face right there and then if he dared. He arrogantly replied that he will but he just folded his arms and held back.

By then the lady was done and stepped aside for the egotistic man. But he just wanted to throw more oil into the flames as he turned back and questioned,

“How long do you want to take? Three days?” 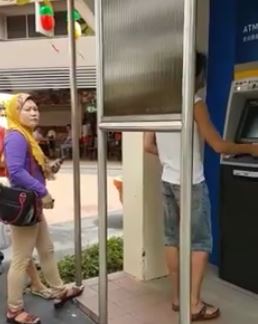 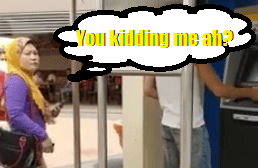 Netizens flooded the comments section slamming the arrogant guy and his horrid accent.

One netizen even wrote,

If you were in the lady’s position, what would you have done?