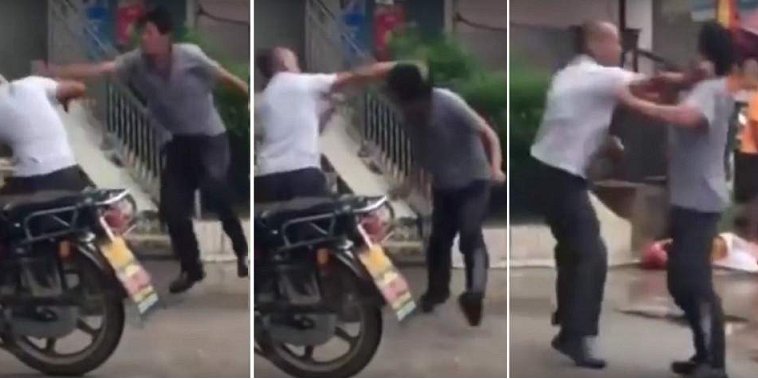 Ever seen a ligitimate Kung Fu spar? You will see none of that here. Ever heard the exaggerated commentary from the pro wrestling boys? You will read a lot of that here.

Haihhh, anyway this is about an incident in China when two men met and tried to kungfu hustle it out. Only.. it was probably the worst Kung Fu duel you’ve ever seen. It’s so cringe-worthy that you can’t help but laugh at their failed attempts of being macam yes. In short, in Malaysia we call it ‘sohai’.

The story begins when our two lejens, Sifu White and Bruce Grey (not their real names) meet. 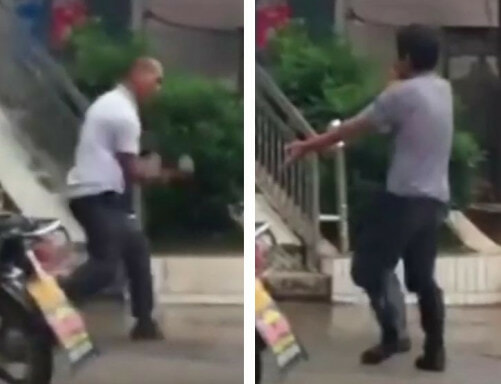 Bruce Grey appeared  to challenge Sifu White, presumably to take his title of sifu for himself! Luckily, White appeared to be expecting him as he almost immediately got into the crouching giraffe, spinning frog position. 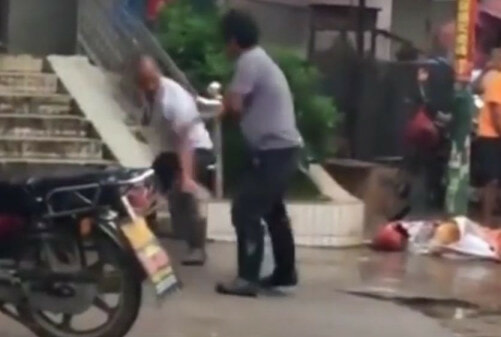 After the customary joget, Grey lunged forward, showing his careless youth! His attack was swiftly thwarted with a quick reactionary block by the sparkly headed Sifu White! 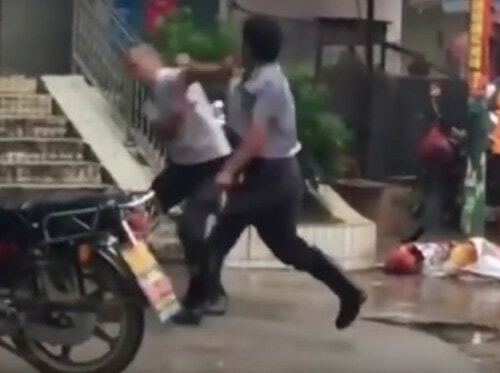 After the hit failed, they begun to move in a very silat fashion, circling each other. This went on for a few seconds until the wise Sifu White sees the alteration in martial arts and proceeds to lecture young Grey! 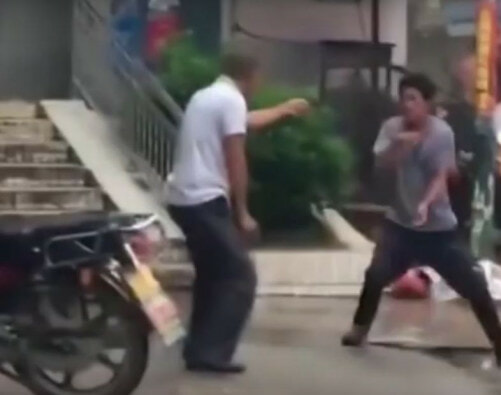 After the lecture, the obviously embarrassed Bruce Grey appeared to have calmed slightly. But Sifu White being the sage that he is perceived the dark feelings of anger in Grey and gets into the silent snake, large rattle position, known in Malaysia as the kangkang! 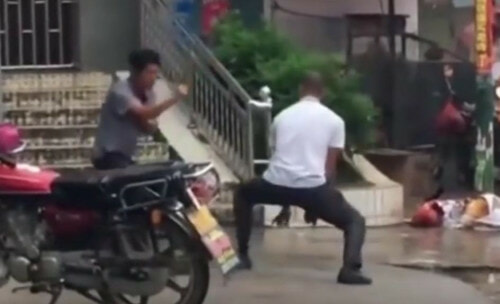 Almost on cue, the young one surged forward again, and attempted to strike down the revered master. But Sifu White once again shows everyone why he is Sifu! He countered and managed to land an impossibly soft blow on Bruce Gray!

After a few more attempts, Sifu managed to humble Grey, who conceded defeat and (probably) retreated to the safety of his dojo to nurse his wounded ego.

Watch this ciplak fight down here!