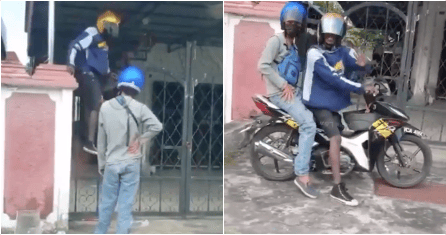 In the midst of the widespread Covid-19 pandemic, many individuals have been affected, especially economically. by the declining employment opportunities. Desperate to make a living in this time of crisis, there are a handful of individuals taking the easy way out by committing crimes such as snatching or robbing people’s houses.

Recently, a video showing two men wearing helmets in the midst of robbing a house was shared by the Info Roadblock JPJ/POLIS Facebook page after they were caught red-handed trying to steal something from the house by the alleged owner.

It is understood that the owner and the husband had just arrived at the house and were surprised to see a man in front of their house while the other was already inside the vicinity. The owner shouted,

This has prompted the one inside the gates to quickly climb out while giving an excuse that they were just there to find garbage for collection. Both of them then apologized and quickly fled the scene.

From the video, the registration number of the motorcycle can clearly be seen. Hopefully, the house owner has taken this video to the police to make a report so that the culprits will be detained soon.

Also read: M’sian Dad Almost Kantoi By Wife After He Sent A ‘Sus’ Text To His Family Group Chat 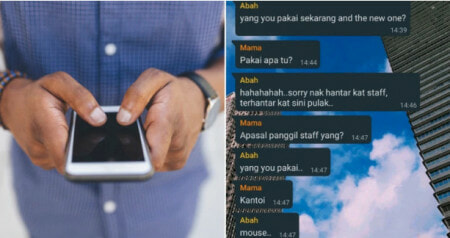