To tease one’s father’s name has always been normal among kids. After all, it is just a joke, right? Ejek nama bapak, je…

Of course, there’s a certain time and place for such jokes and that DEFINITELY excludes national television!

Just recently, a presenter from the ‘Sukan Tak Sentral‘ programme on TV3 made fun of our national athlete’s father’s name, according to a report by The Star.

The sportsman was none other than the esteemed record-holding sprinter, Watson Nyambek, who hails from Sarawak.

When introducing Watson, the presenter, Azizul Ammar, mimicked the sound of a goat when pronouncing his father’s name.

Watson took to Facebook to complain about the presenter mocking his last name, telling the press,

“I watched that episode and I am offended. I am considering taking legal action.”

Many netizens agreed and encouraged Watson to file a report and to sue them. And so, Watson reported this issue to the authorities. 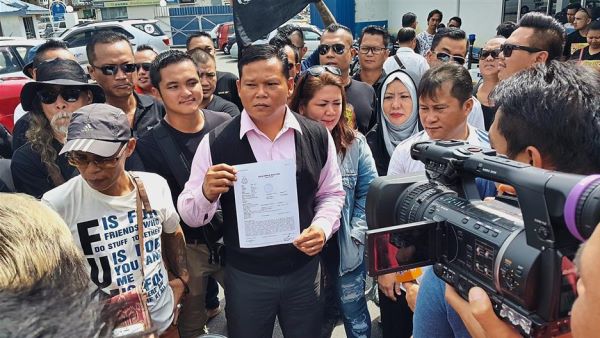 The CEO of Primeworks Studio, Datuk Ahmad Izham Omar, has issued an official apology. In a statement released on Facebook, he said,

“I would like to sincerely apologise to Watson Nyambek for the insensitive and inappropriate remarks made during the show regarding his father’s name.

“We deeply respect Watson, his father and family. Watson was our national sprint ace and an athlete who has taken our country to great heights.” 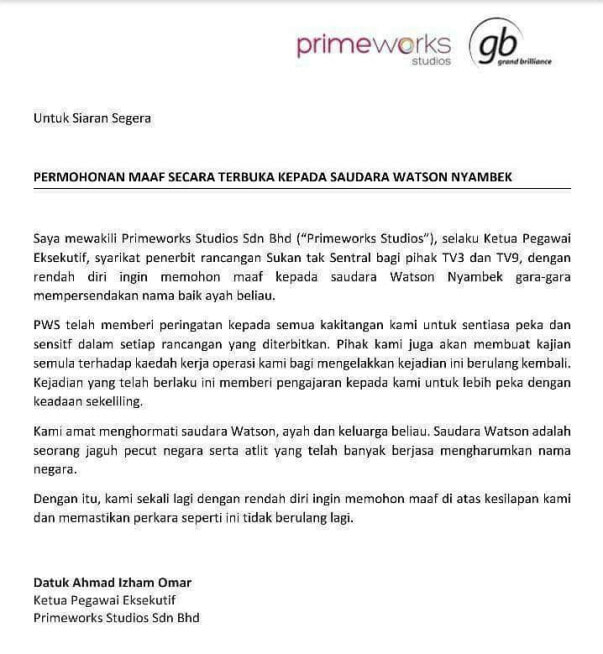 Primeworks Studio are in talks about scrapping ‘Sukan Tak Sentral‘ all together.

In addition to that, the host who made the joke has been suspended. He has also apologised, but the athlete was still unhappy.

“Even though the TV station has apologised to me, I still want the police to proceed.”

Obviously, nobody likes it when our parents’ are the subject of a degrading joke. It also doesn’t help that Watson also lost his father to cancer a few years ago. 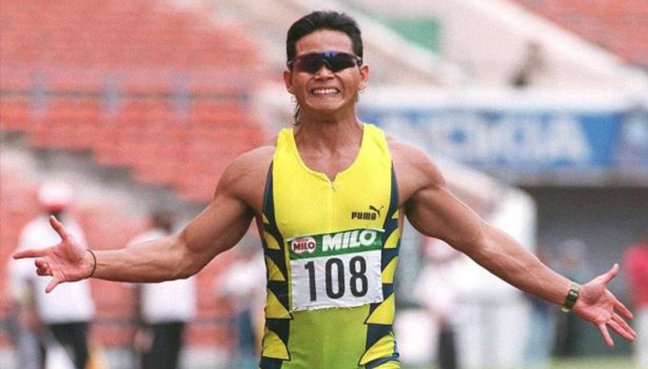 Netizens also expressed their disgust over the insulting joke. Many called for Watson to go ahead with suing the company.

Some netizens however ridiculed Watson for being overly sensitive about this issue, saying it was just a normal joke anyone would make.

What do you guys think of this situation? Was the joke really too much or are people becoming too sensitive? 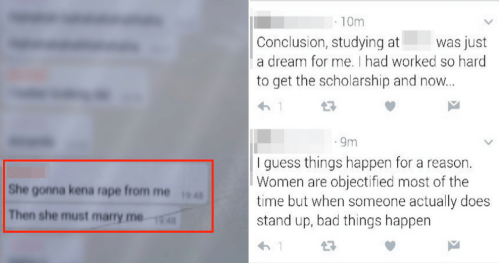