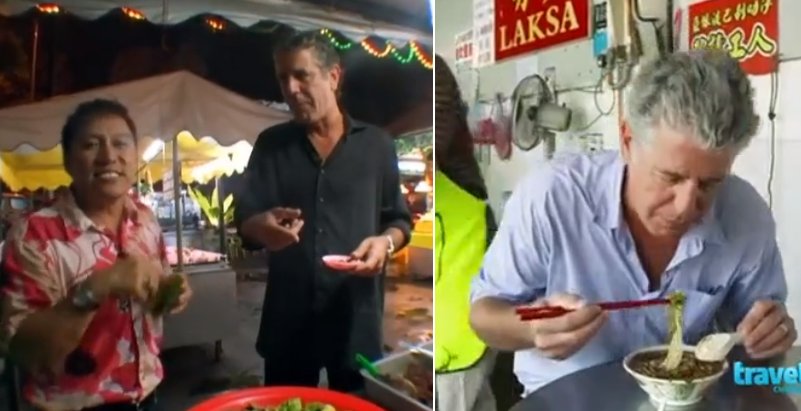 With the passing of the great travel host, chef and writer Anthony Bourdain, it’s a small comfort to know that in his travels, he’s enjoyed his fair share of Malaysian food. It’s also good to know that our cuisine has left a real mark on him as well! This is clear in these two episodes from his famous food-travel show No Reservations when he paid our beautiful country a visit. 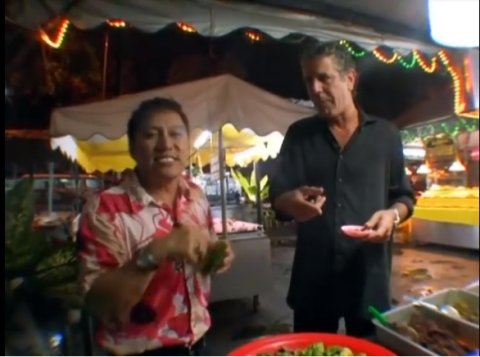 Shown around by our very own Chef Wan, he made his first stop in Kampung Baru, where he was introduced to the food at the night market. It was here that Chef Wan got him to try our Cincalok (which smells peculiar might we add), but he enjoyed it. He was also taught how to eat nasi campur with his hands, and then given some pau to try!

Chef Wan also gave him a banana flower curry, which he warned Anthony about tasting like rotten fish, but unphased by the warning, he said “Oh that’s great! No, that’s really good!” before adding, “I have a long history with rotten fish, I really like it.” 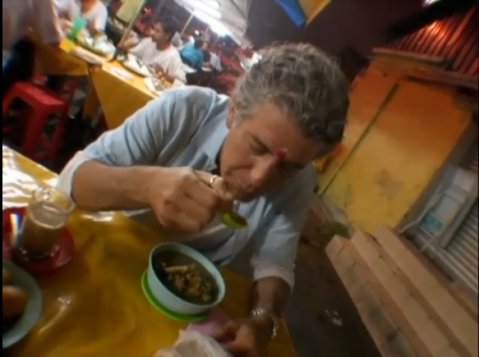 The next day he visited the Batu Caves which included climbing up all 272 steps up to the temple! To reward himself for the trip, he went to a local mamak and tried Sup Torpedo, which he found absolutely delicious, even though he was slightly hesitant about it at first, lamenting “oh god, how did I end up doing this for a living”. But he found it “spicy curry–delicious”, finishing it off with a rather cheeky “that was quite a mouthful.”

He Met A Headhunter in Sarawak

After spending a few days in KL, he flew to Sarawak, Kuching and tried Sarawakian Laksa for breakfast. “A masterpiece of pain and pleasure.” He called it an “ultra spicy breakfast” and hoped for good plumbing in the jungle. 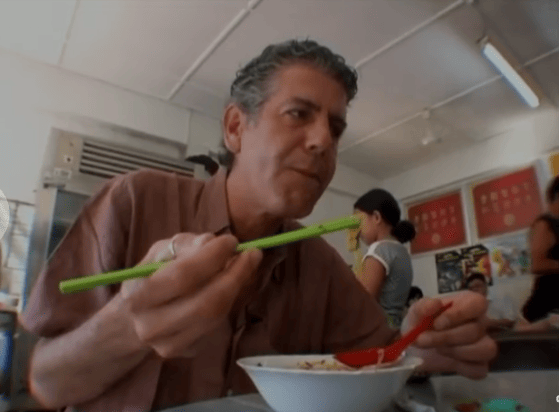 But it was also after this meal that he said “the idea of eggs and bacon just wouldn’t do it for me anymore! It hurts so good.”

He then went to Sungai Skrang via long boat to a remote Ibanese Village long house to try some really authentic Malaysian food, and even went on a six hour hike through the jungle with a headhunter named Itam! 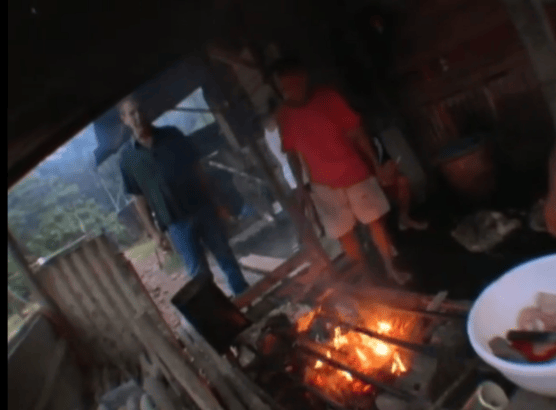 “True I’ve eaten food with more finesse in my life, but look at where I am,” he narrates as he sits amongst the families and friends who stay in the long house.

He Had Hawker Food in Penang 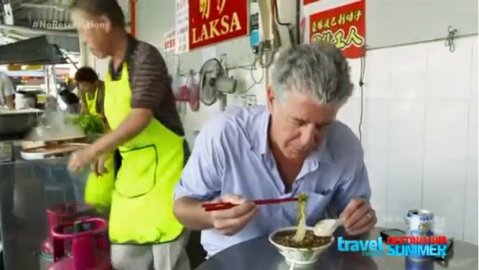 In season 8 episode 8, Tony went to Penang during the CNY season.

“Every time I come to Malaysia there’s one thing I gotta have, Laksa. It’s everything I love, in one bowl.”

Did we mention that Laksa is one of his favourite foods? He even commented while filming that “if you’ve had (cili padi) and the condiments, you just can’t go back!”

Then he went to experience the magic of Baba Nyonya cooking.

It was here in Malaysia that he experienced and understood how much we Malaysians loved our food and how much food meant to us. But one thing is for sure, he was not a big fan of the macques! 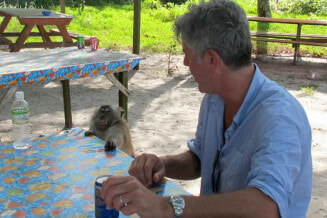 It was a huge blow to the world when we found out that he passed by suicide. We can only hope he’s in a better place now with all the food he could ever want. Rest in Peace Tony! 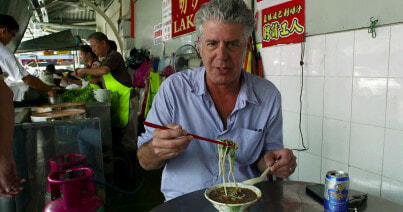