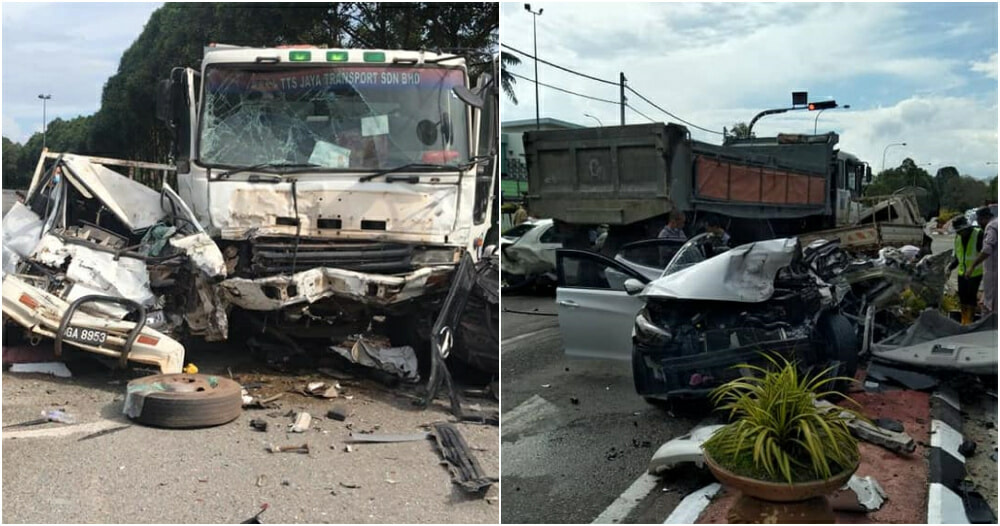 Two of the victims were a married couple, Wong Fook Onn, 55, and Chong Yoke Choo, 52, while the other victim was a passenger in their car who died later on while receiving treatment at Hospital Enche Besar Hajjah Khalsom.

Another victim from the incident was seriously injured and 11 people suffered minor injuries.

According to Harian Metro, Ayer Hitam Fire and Rescue Station (BBP) Chief of Operations Assistant Fire Superintendent Mohamad Shamin Mohamed Salikin said they received information on the incident at 3.46pm and headed to the scene in a four-wheel-drive vehicle with 10 members.

Upon arrival at the location and the inspection that was carried out, two victims, a man and a woman, were stuck in the front passenger seat and the rear seat of the Hyundai Elantra car. 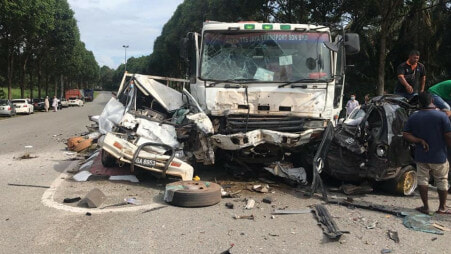 “However, upon the successful release, both victims were confirmed dead by the medical team who came to provide emergency assistance,” he said.

“The two bodies were handed over to the police for further action, while the injured victims were sent to Hajjah Khalsom General Hospital, Kluang and a nearby health clinic,” he added.

Kluang District Police Chief Assistant Commissioner Low Hang Seng said “Preliminary investigation found that the Hyundai Elantra car that the victim was driving in was behind two trucks and four cars that stopped at the traffic light junction towards Ayer Hitam.”

“A 10-ton truck coming from behind is believed to have lost control before crashing into the victim’s car and six other vehicles in front,” he added on. 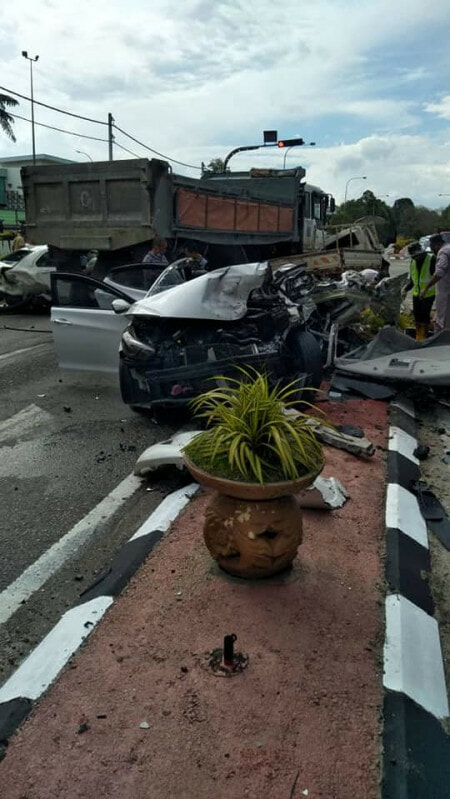 Gan Lee Chiu, 46, a close friend of the two victims, said the couple is from Kampung Baru Sri Lalang here.

According to him, the victims, including the driver and two other passengers in the Hyundai Elantra car, were from a family believed to be on their way home from a vacation in Pontian.

Let us know your thoughts on this story. Drop us a comment in the comment section below! 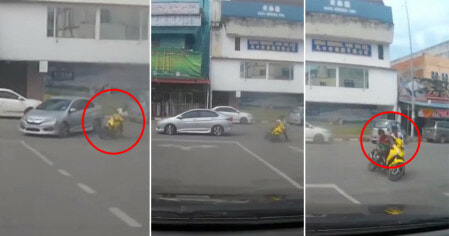