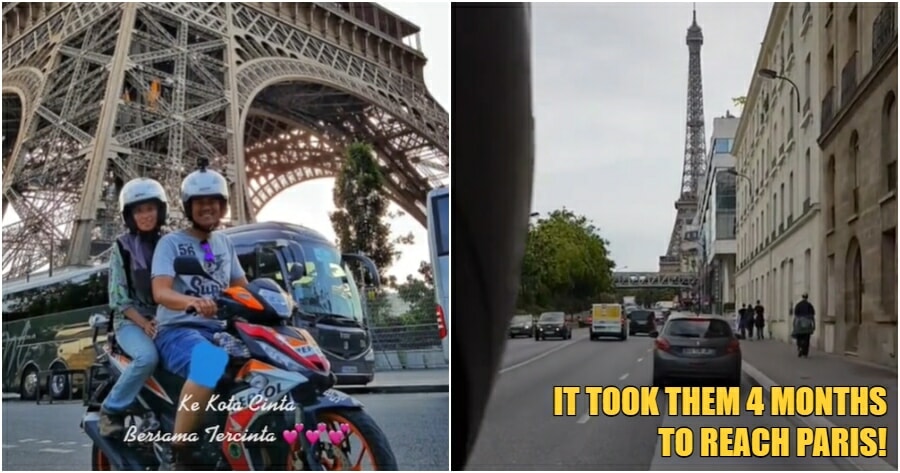 Passion can bring you anywhere. In this case, literally!

Recently, a TikTok post went viral for showcasing a Malaysian couple who arrived at the city of love, Paris, by only riding their motor kapcai.

According to the owner of the video, Mohd Alfishahrin, they took 4 months to arrive at Paris. However, he said that was mainly because they stopped at other places along the way. If they directly made their way to Paris, it would take them less time.

Alfi is actually quite well-known in many social media platforms as he has been sharing his around-the-world-journey with his motor kapcai before becoming viral again through this recent TikTok!

Paris is not the only place he’s been to with his motor kapcai!

In an interview with Alfi, he explained that Paris wasn’t the only place he went to with his motor kapcai.

In 2017, Alfi and his wife took 47 days to arrive at Moscow from Malaysia. Also in the same year, Alfi planned to reach London on 31 August 2017, in conjunction with our National Independence day. And they actually did!

“We did actually plan the whole journey in 2017, because we really wanted to celebrate Malaysia’s Independence Day in London.”

Whereas in 2018 they embarked on another journey from Malaysia to Russia in conjunction with the World Cup happening that year.

This cute TikTok received so much attention from users after posting the video as they were shocked by how they could even arrive there! Especially since their only ride was a motor kapcai.

“Honda should pay you!”

A TikTok user commented on the video saying how Honda should pay him, and to our surprise they actually did! Alfi replied to the comment explaining that Honda actually gifted him a motorcycle and a lifetime of free motorcycle maintenance services.

“Sir! I ride my motorcycle to school that is only 200 meters away is already tiring 😭😭😭 How can you go to Paris?”

One TikTok user was so amazed and showed his respect to Alfi for being able to ride that far, mentioning how if it was him, riding to Cameron Highlands is already tiring.

Another TikTok user commented saying how Alfi easily went to Paris as if he’s only going to hang out at Dataran Merdeka! 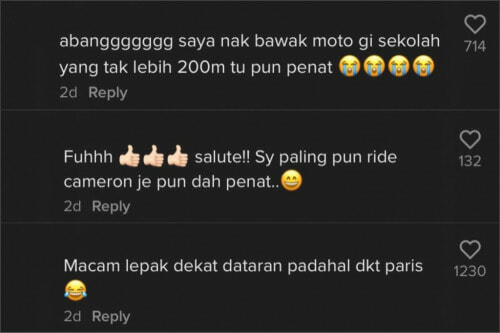 “Trip to Paris:
Ride airplane ❌
Ride motorcycle ✔️
😖 Sir, after this the motorcycle price rate would even go higher than our legend car, Myvi.”

Noticing how much attention the video gained, a netizen jokingly said how the motorcycle price rate would increase after this video. Specifically the one Alfi’s using! 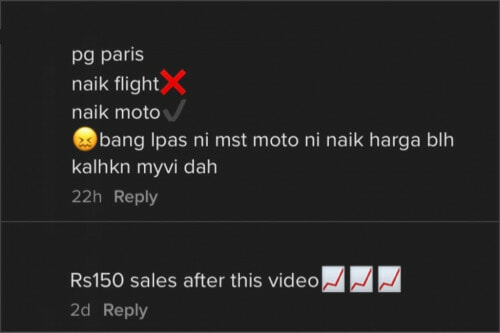 Do you think this story is cute like we do? Let us know in the comment section down below. 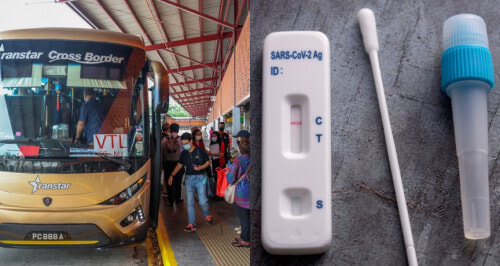