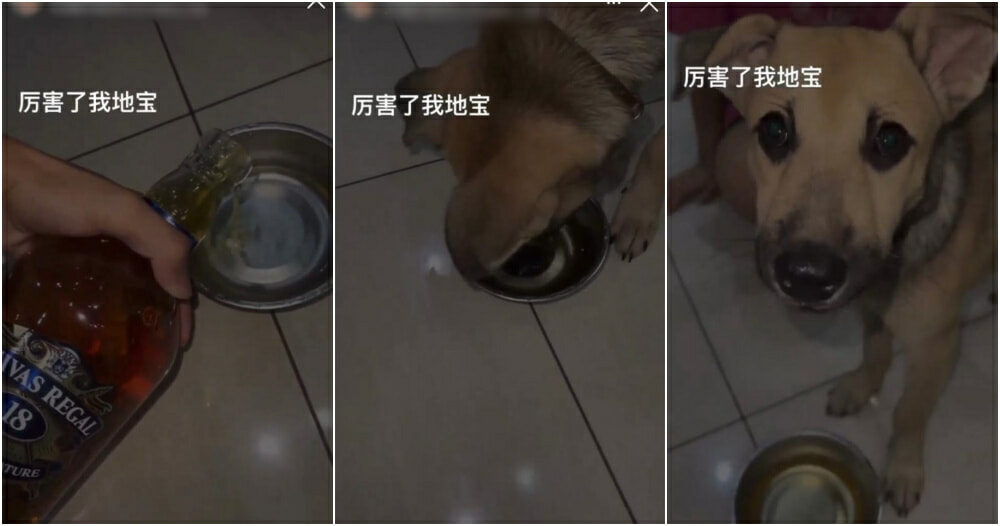 Disclaimer: This video was submitted to WORLD OF BUZZ by a reader. The reader wishes to remain anonymous for safety and privacy reasons.

Recently, we have been seeing many reports of animal abuse cases around Malaysia. Just a few days ago, WORLD OF BUZZ reported on the death of Malaysian’s favourite takeaway doggo, Xiao Bai, who was shot by city council officers, despite having a dog collar on.

This time around, an Instagram user, Breen (not his real name), reached out to WORLD OF BUZZ and shared another animal abuse case he had come across on a friend’s account.

“I came across this video on Instagram when I was scrolling through stories! A buddy of mine (I forgot his/her name), reshared this on his/her story and I think he/she shared it as a joke.”

In the video, a man can be seen pouring some whiskey into a dog bowl before his doggo came and drank it. In the caption of the video, the man wrote, “My baby is so geng.” 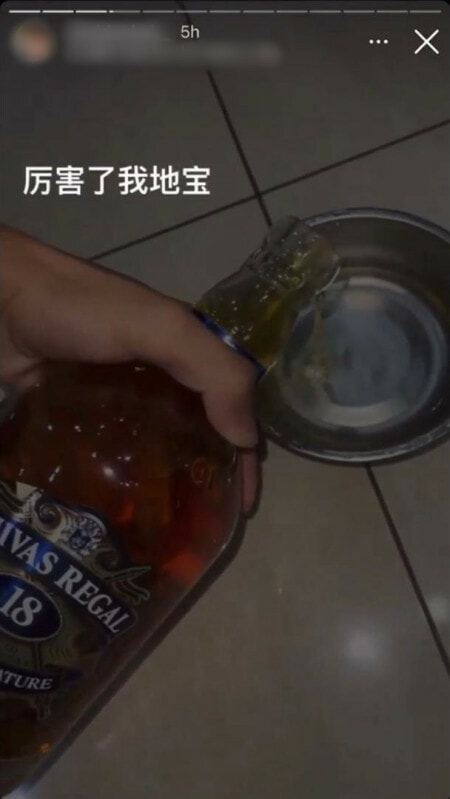 “I didn’t bother to message him because after my friends translated his following stories (I don’t speak, read or write mandarin), he had the audacity to not show or indicate any remorse. Stating something along the lines of “how I take care of my dog is my problem, my dog is fine and healthy,” Breen explained.

“Don’t teach me how to take care of my dog”

Ever since the video was shared on 23 May, the owner of the dog took to his Instagram to defend his actions after receiving complaints from his followers and other netizens who came across his video.

“I’m very lazy to reply to messages already. How I take care of my dog is none of your business. My dog now is very healthy and strong.

It’s not that weak where a lick will kill it, everyone calm down. Its appetite is really good, can eat half a kg of beef a day. It can run really fast, I’ll even lose in a bike race against it.

So don’t teach me how to take care of my dog. My dog will run towards me when it sees me. I don’t need you guys to discuss how well I treat my dog.”

“This is blatant animal abuse!”

“I’m sharing this story with WORLD OF BUZZ as I feel that this is blatant animal abuse! If alcohol can hurt us, humans, what would happen to a dog of this small size and stature when it consumes the alcohol?!

Pets are meant to be companions that we care for and nurture and no pet should ever be given alcohol, as it can result in alcohol poisoning,” Breen told WORLD OF BUZZ.

WORLD OF BUZZ has reached out to the owner of the doggo for a statement but he is yet to respond.

Say NO to animal cruelty! Let us know your thoughts in the comment section below. 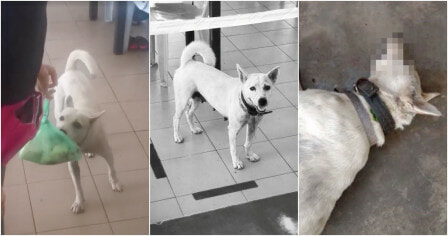