We get it, cosplaying can be expensive as the outfits and props are often rather costly but with a little bit of creativity, you will find that almost anything can be used! These days, Aquaman is so popular and the movie has even become a major hit around the world as people everywhere are awed by the actors’ performances and the special effects in the film.

However, one of the most eye-catching outfits that Aquaman wore has got to be his iconic gold and green armour. A super creative cosplayer from Thailand went viral recently for recreating Aquaman’s signature suit but she did it using pineapples, vegetables and corn cobs. Wow!

And no, this is not from Lowcostcosplay but is another creative cosplayer! Known as Framsook Lek Lek, her specialty is using food items and daily necessities as props to create these celebrity outfits and to be honest, they actually look really similar to the real characters.

For Aquaman, she used pineapples as a top, leafy vegetables for gloves, seaweed as a beard, fried fish and leaves as the belt and corn cobs to mimic his six-pack abs.

In fact, she even asked someone to splash water on her to make it look more realistic. That’s not all, a scroll through her Facebook page shows that she has many other food cosplay outfits, where she has used spoons and prawns to dress up as a character from The Story of Yanxi Palace, durians for ballgowns and many more!

Needless to say, she is a hit in Thailand and some celebrities she mimicked have even noticed her and asked her to meet up too.

Now, that’s a really imaginative use of ordinary items! 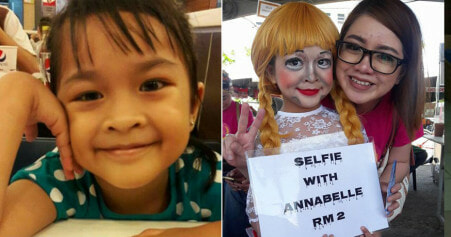