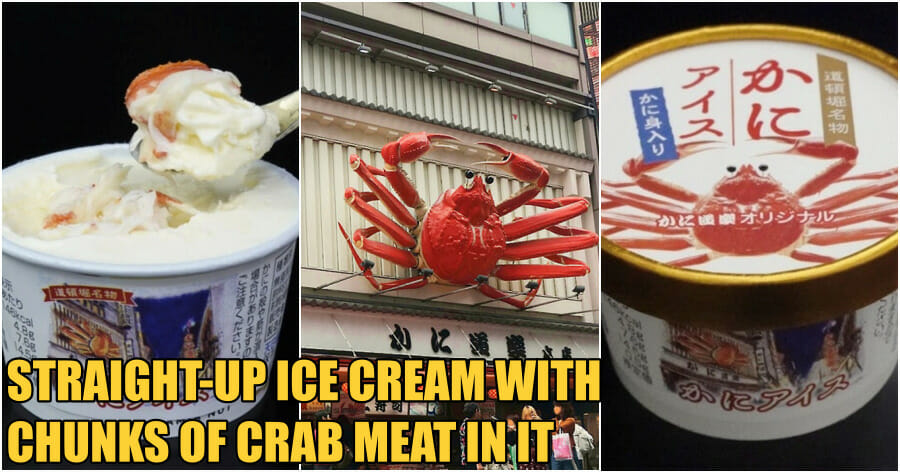 We have seen some pretty odd and surprising food combinations such as burgers with Lotus Biscoff sauce, burgers with chocolate and even Maggi noodles with mango juice.

But, what about a combination of seafood and dessert with a crab flavoured ice cream?

This idea is the brainchild of Kani Doraku, Japan’s most famous chain of crab specialty restaurants and also known for their giant moving robo crab signs.

According to Japan Today, Kani Doraku’s crab ice cream isn’t just an ice cream dessert that’s shaped like a crab, nor is it ice cream with the faintest trace of crab extract. It is straight-up ice cream with chunks of crab meat in it. 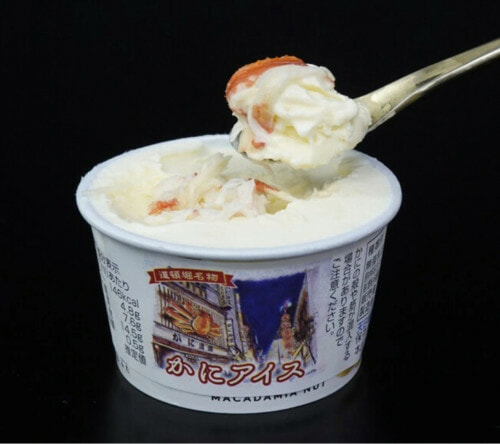 The Crab Ice Cream is being released to coincide with the start of crab season for Japan’s sannin matsuba crab, caught off the northwest shore of its main island of Honshu.

Kani Doraku says it took about 2 years to develop, and that, “the most difficult part was figuring out how to harmoniously combine the flavor of crab with vanilla ice cream.” 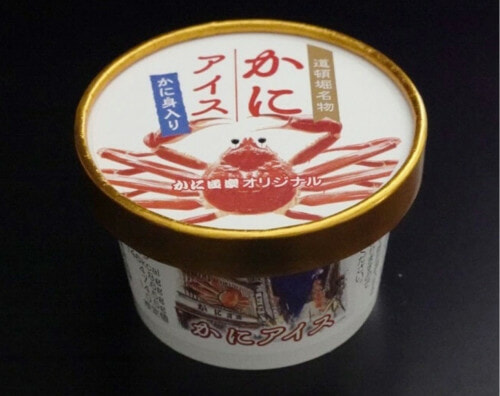 They also boast that the dessert uses sea salt from Christmas Island in the Republic of Kiribati.

“We’re confident that it delicious beyond what you are imagining.”

For those with the sufficient courage, the Crab Ice Cream was made available for sale for 500 yen (RM16) on November 6 and is being offered exclusively at the souvenir section at the entrance to Kani Doraku’s main branch in Osaka’s Dotonbori district. 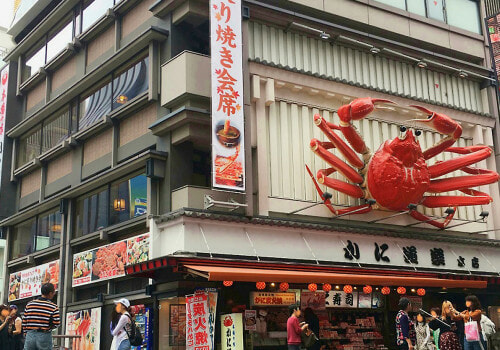 So, if you’re in the area or planning to visit Japan, why not head over to Kani Doraku’s main branch in Osaka to try this weird but interesting sounding combination.

Crab lovers out there! Will you be giving it a go? 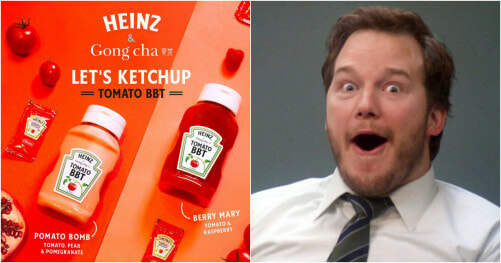