Growing up, I’m sure every one in your circle would have watched “Spongebob Squarepants” before. and if you find out a friend that doesn’t, unfriend them.. unfriend them immediately!

Spongebob Squarepants is the all time famous cartoon show on Nickelodeon that stars, well, a happy-go-lucky yellow sponge that lives under the sea. Along with his best friend, an air-head starfish known as Patrick Star, they go around Bikini Bottom causing mischief and annoy his poor neighbour, Squidward Tentacles.

Now, who doesn’t know their catchy theme song? It’s great and fun to sing along to! 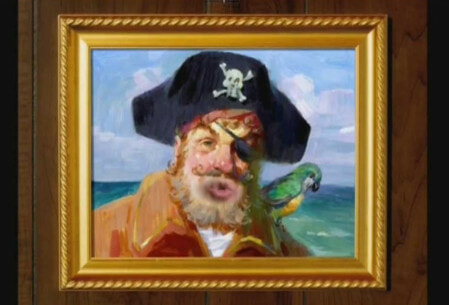 However, you’ll think otherwise when someone from the internet decided to edit the song 800% slower.

The song that’s stretched out 8 times its original length becomes pretty terrifying, especially when you hear the children singing in super slow-motion. The theme song is dragged out so slow the each voices in the song seem to radiate echos that will send shivers down your spine if you are listening to it on a cold dark night.

The once happy jolly music is made to become creepy and yet the familiarity of the song couldn’t help but make you crack up hysterically at it.