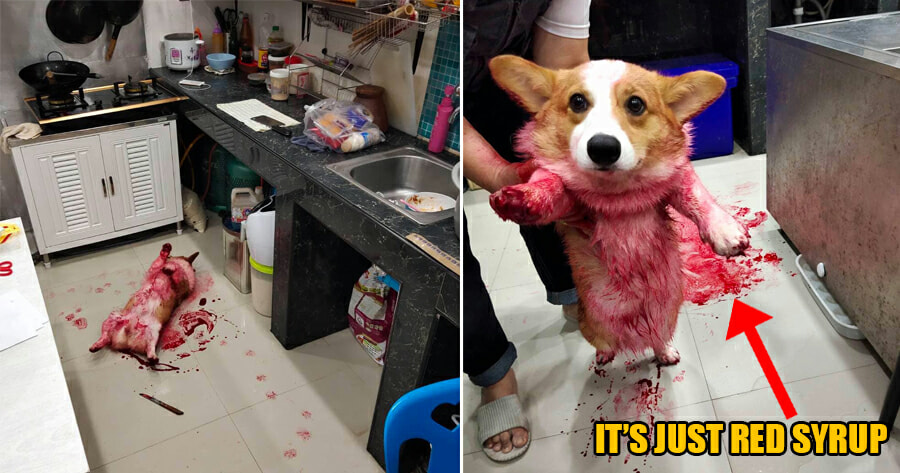 As much as we love our pets, they can sometimes be a nuisance when they get into a playful mood. Even if we have trained them to obey orders, they might decide that one day, they just want to mess up the kitchen a little.

The owners of Bla Bla-b๋oo – Premium Dog Cafe in Ayutthaya, Thailand had the shock of their lives when their Corgi, Cartier, went missing and was later found lying in a ‘pool of blood’! 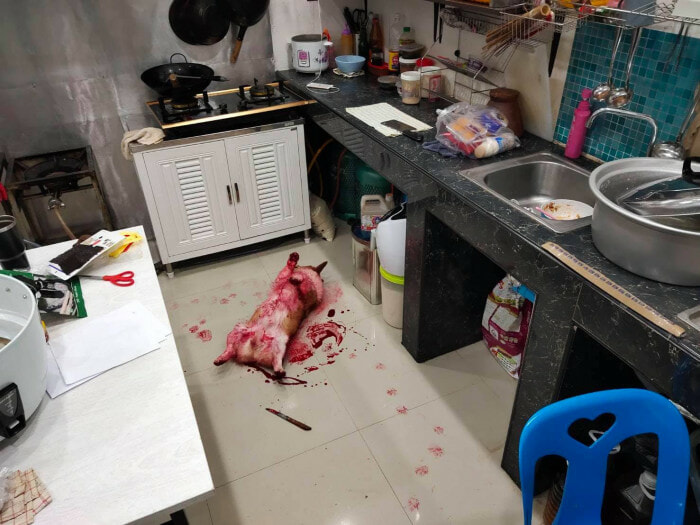 On 18 January, they uploaded a Facebook post saying that they had released Cartier outside to do his doggy business and to enjoy his daily run. They would usually expect him to return to his room, but this time they couldn’t find him in his usual spot.

After looking around, they finally found him in the kitchen but was horrified to discover that the floor looked almost like one from a crime scene. Cartier was lying motionless on the ground with blood all over him and next to him was even a ‘bloody’ knife!

Almost panicking at first, the owners soon noticed that there was a bottle of red syrup next to Cartier and deduced that he had knocked it over and rolled around in it. Phew! 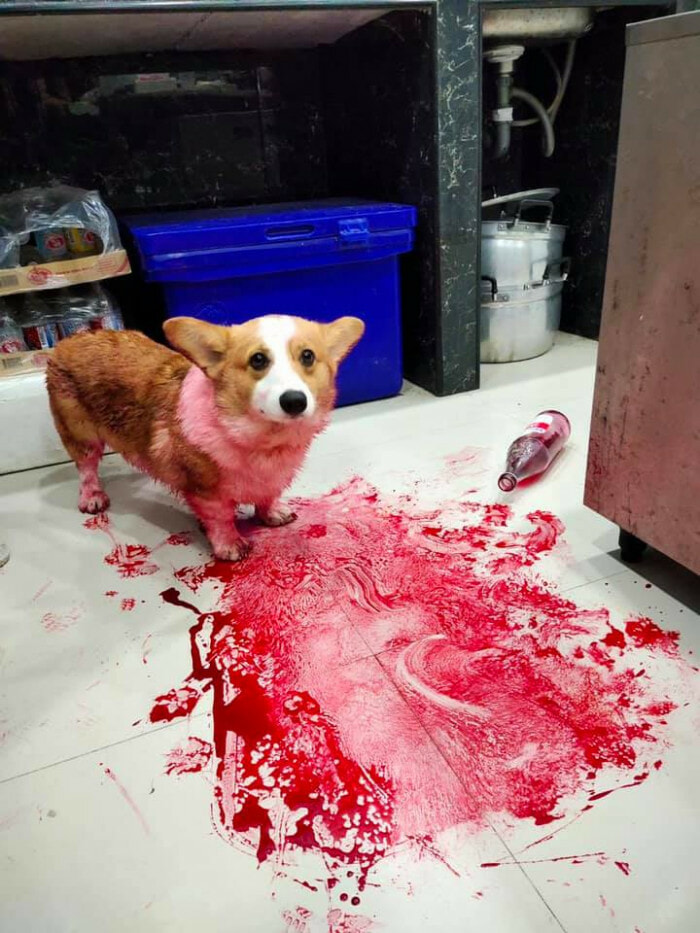 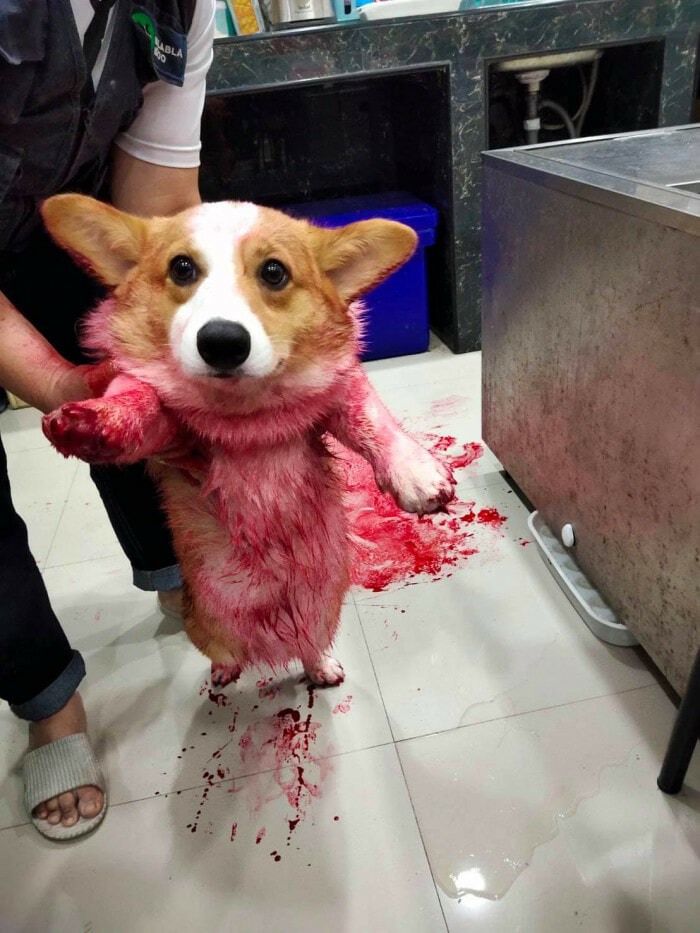 Although it must’ve been a nightmare for the owners to clean the kitchen up, I must say the whole incident was rather cute and funny. Netizens seem to think so too. The post has now garnered 11,000 shares and 9,800 likes at the time of writing.

Would you laugh or cry if you found this mess made by your pet in the kitchen? Let us know in the comments below!

Also read: These 2 Huskies Played With a Dragon Fruit & the Aftermath Honestly Looks Like a Crime Scene 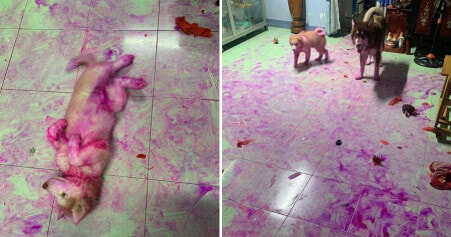