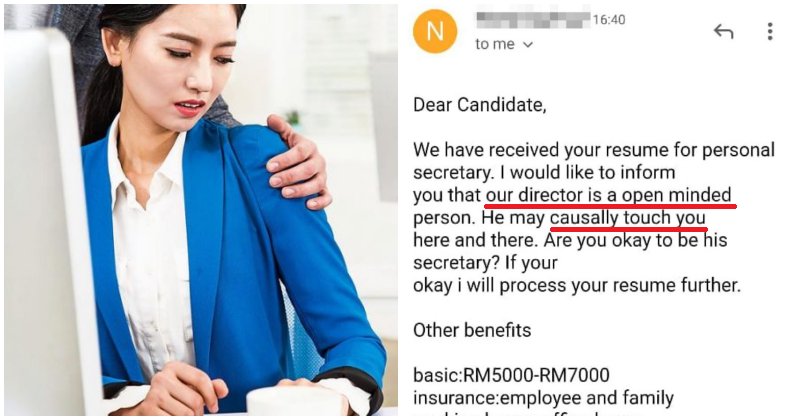 This is such horrendous work ethic!

A Facebook user shared the horror her friend had to go through when she applied for a job in Kuala Lumpur. The role she applied for is Personal Secretary and here’s what went down. The job that the poor woman applied for paid very well because it has a basic income of RM5,000-RM7,000, and they also offer RM500 worth of allowance.

But, what’s really shocking is the audacity of making such a ridiculous request of the lady. The email stated that the director is an “open-minded” person, and thus he may get a little handsy during the work hours. So, they asked the lady if she would be okay with being his secretary. The email read,

“We have received your resume for (the job of) Personal Secretary. I would like to inform you that our Director is an open-minded person. He may casually touch you here and there. Are you okay to be his secretary? If you’re okay (with it), I will process your resume further.” 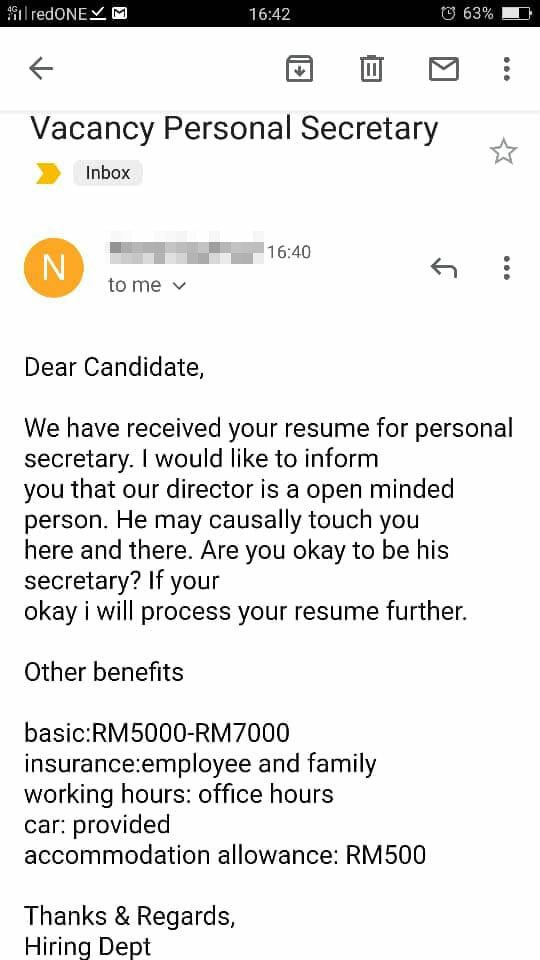 The person who shared the screenshot of the email tagged Human Resources Minister, Kula Segaran and Deputy Minister of Women, Family & Community Development, Hannah Yeoh in on their post in hopes that they would take action against Malaysian companies that sexually and mentally exploit their staff.

Of course, as the post went viral, the netizens weren’t too happy to learn that there are companies, like the above-mentioned, that can freely function. Many of them urged companies to respect women and they pointed out that this is why we need an anti-discrimination and anti-sexual harassment act. You can read some of their responses below: 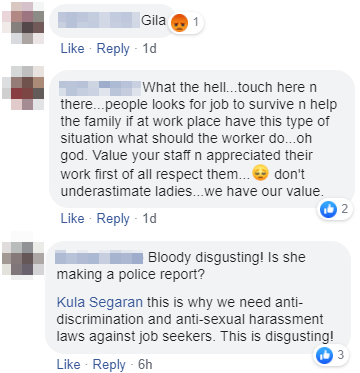 We really hope that the authorities will look into this matter and suspend companies who are sexually (and mentality) exploiting their staff because this isn’t what an ethical company would do. The company is just outrageous!

Also read: Govt Agency Employee Gets Fired After Filing A Sexual Harassment Complaint Against Her Boss