A simple image posted on Imgur got quite the attention when a lot of viewers mistook the picture as ‘disturbing’.

“For a split second I thought it was a butt! Then I realised I totally saw it wrong.”

Most people at their first glance wrongly assumed that the picture was a butt, maybe even showing it’s a**hole. But on the second look, you’d realise it’s just an intimate family moment where the dad is kissing the baby son.

The image garnered over thousands of comments on Imgur on the funny optical illusion.

Many then took to social media to express their relief after realising it was actually just a shirtless bald dad and his shoulders that make up the weird imagery. 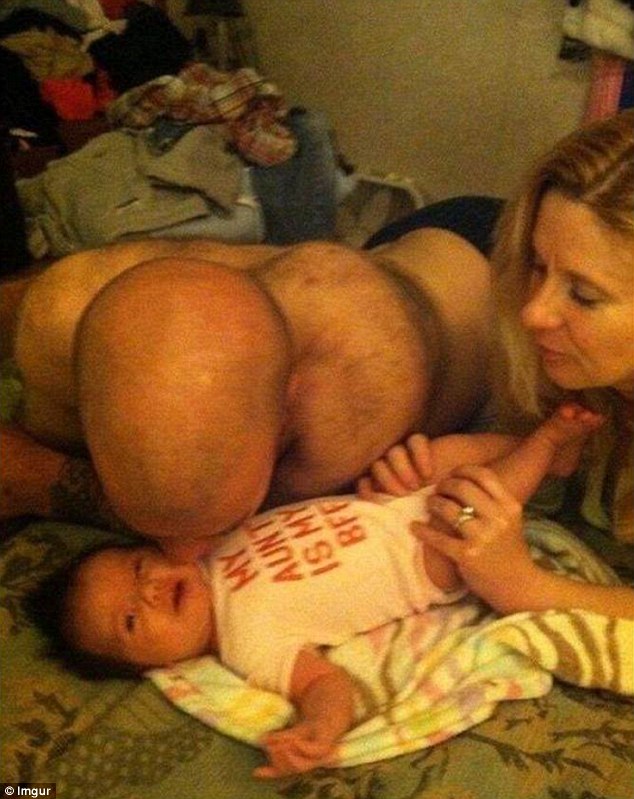 Min Eka shared the image on a Facebook group, saying: ‘I thought I would share this photo with all you mummys as it made my immaturity side giggle after a hard hot day with bubs.

‘I literally thought the below picture was a butt****.’

Melisah Watson commented: ‘Gotta say I’m with you on that, had to have a really good look before I started to giggle.’ 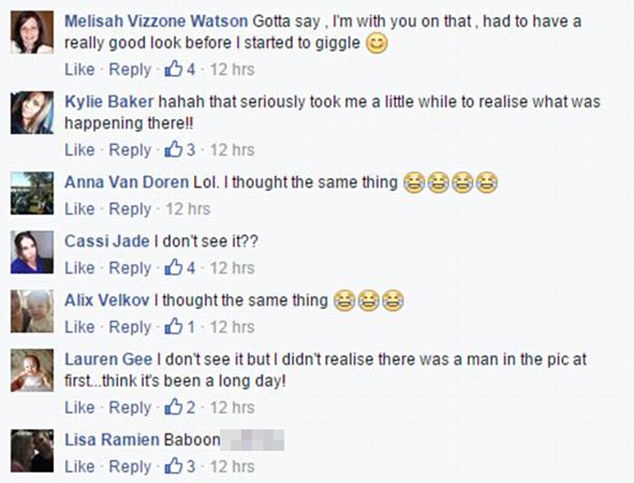 Instead of a butt, there were some who thought “it’s a baby with abnormally huge tumor sort of like the “elephant man”!”

While a more hilarious comment said, “I thought there were four bald headed men resting their heads near the baby.”

So what did you see?