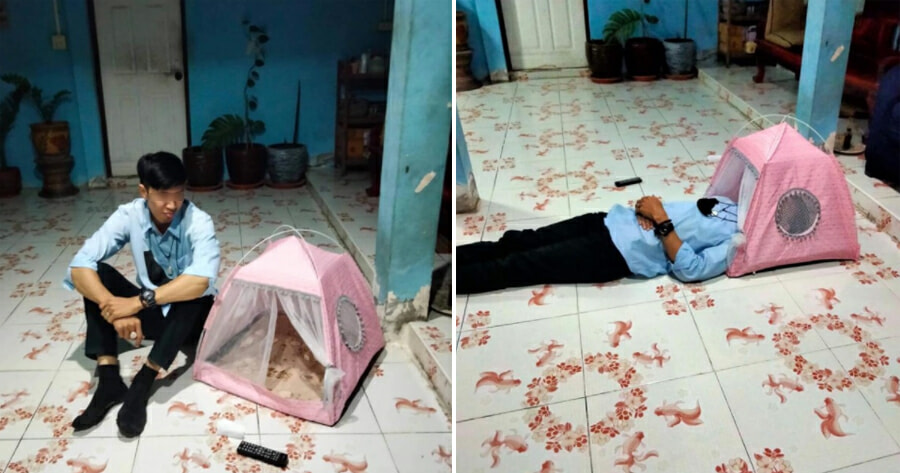 The 11.11 sale is the perfect time to get some good deals, but it also comes with a lot of sketchy deals that look promising at first, only to end up being a total scam for your money.

A man from Thailand recently bought a tent during the 11.11 sale and was planning to use it to go camping with his girlfriend. However, he was dumbfounded when the item was delivered to his house.

Instead of receiving a tent that could fit at least two people inside, he received one that could only fit his head! 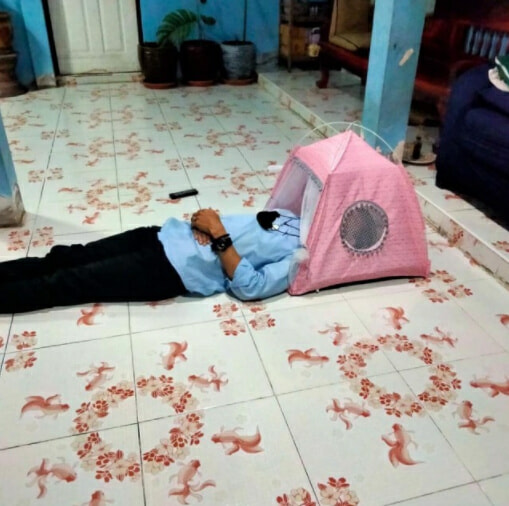 He said that he couldn’t believe his eyes when he first received the package and kept thinking that he had made a mistake. He kept asking how it could be so small that only his head could fit in? It seemed more like a tent for kittens or puppies to sleep in. 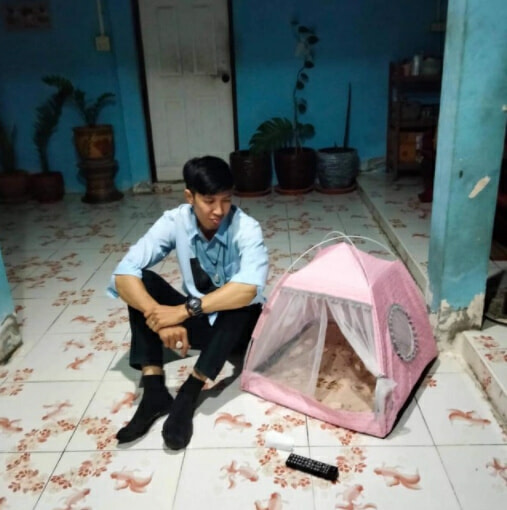 “This is the tent I ordered with flowers printed on it. I thought I could spend the night with my girlfriend but when I received the tent, I found it was different from what I had originally expected,” he said, according to Sin Chew Daily. 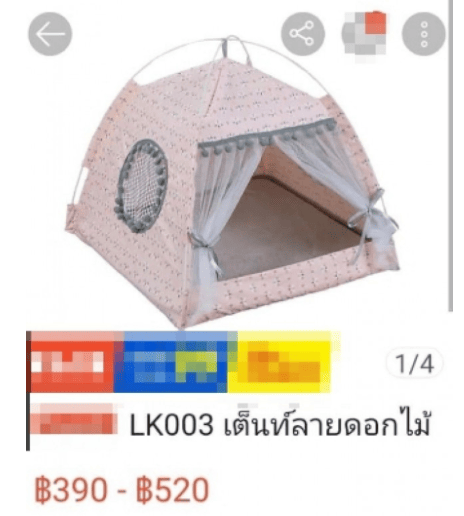 Have you experienced receiving something totally different from what you ordered? Share your story with us in the comments below! 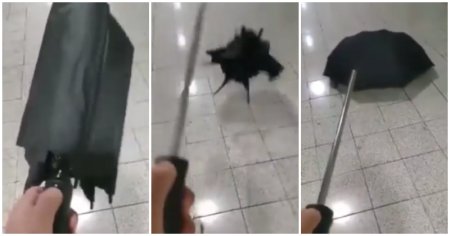