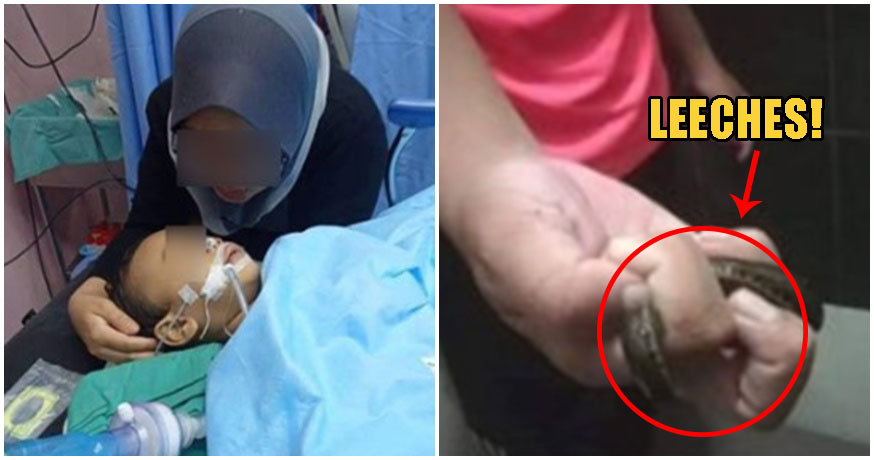 If you haven’t already read the news as of late, many northern states in Peninsula Malaysia have been struck by horrible flash floods that have displaced many families and even claimed two lives. But for those who are still surviving from the effects of the flooding, there are more dangers than just rising floodwaters to worry about, as this report from this Facebook post goes to show. 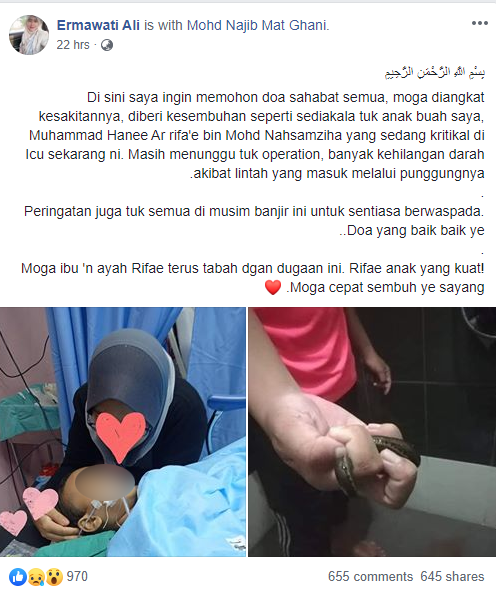 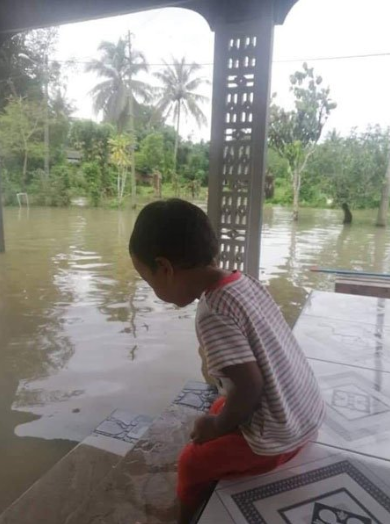 In an incident that nobody could have imagined even in their wildest nightmares, an extremely unfortunate young boy fell victim to one of the most common suspects found during flooding season; leeches.

The horrific episode took place in Terengganu, where floods have devastated much of the rural landscape there. It happened when this young boy was playing in the floodwaters and a leech allegedly unknowingly enter his body. His condition remained unknown until the boy started vomiting blood.

But of all places, the leech entered his body through the boy’s anus. 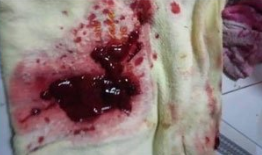 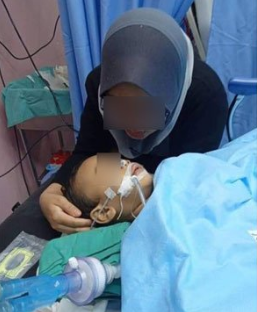 The boy was immediately rushed to the hospital where the leech had to be extracted from within the boy’s body immediately and he is reported to still remain in a comatose state. Parents living in flood-affected regions are advised to take extra precaution with their children when playing in floodwaters, as there is no telling what hidden dangers lie under those murky depths.

We hope and pray that the boy’s condition will improve, and that he will regain his health soon!

Also read: Woman’s Throat Tumour Turns Out to Be Two-Inch Leech Living Inside for 3 Months 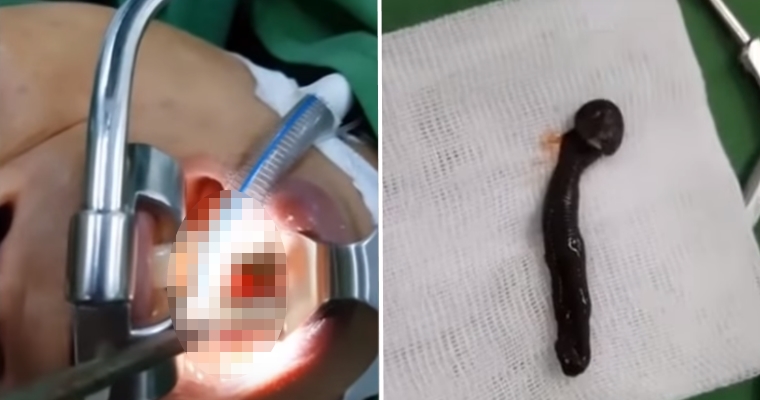