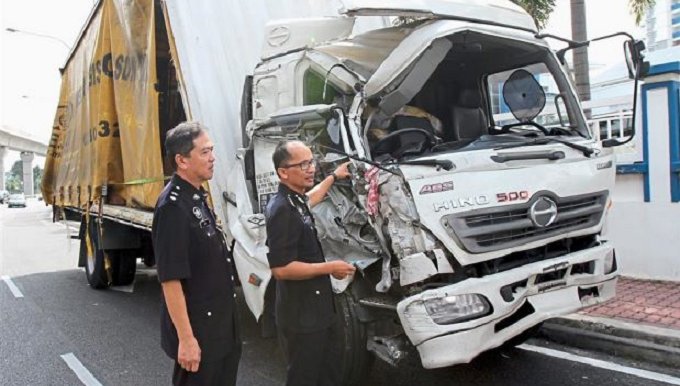 The teenager was spotted by authorities around 10.15am yesterday when he got on the Kesas Highway which led to the chase, according to The Star.

When he was asked to stop by the authorities, the ballsy adolescence did what any teenager who’s about to be punished would do.. he sped off.

Though not at a legal age to drink, the youngster already has quite the criminal record to shame his other inmates. Subang Jaya OCPD Asst Comm Mohammad Azlin Sadari revealed that the boy had an outstanding 14 criminal record that involved drugs, possession of illegal weapons and of course, vehicle theft.

During the chase, authorities had apparently tried to forcefully slow down the truck that was stolen from Kulai, Johor but it only made things worse.

“They tried to slow him down but he didn’t stop and even slammed the lorry into our cars a few times,” said ACP Mohammad Azlin during a press conference at their Subang Jaya headquarters. 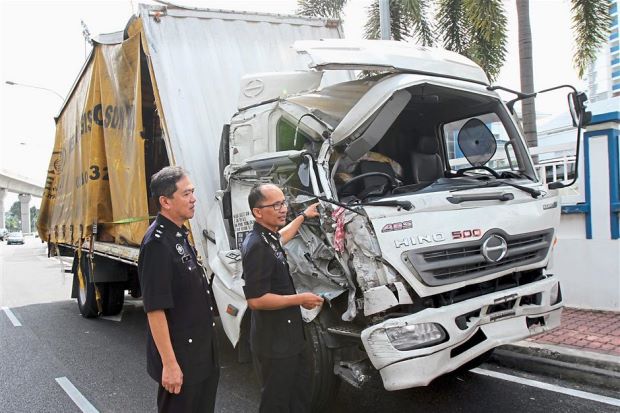 The boy with nerves of steal led the police chase for over 10km, drove through a boom barrier at the Kota Kemuning toll but eventually lost control of the huge vehicle when he was trying to make a sharp turning.

Going too fast at the turning, the lorry overturned near Jalan Kebun, Shah Alam bringing the chase to an abrupt end.

“The case is being handed to Kulai while the teenager is wanted for a car theft case in Petaling Jaya,” he said.

The teenager suffered a broken leg from the incident. Can you imagine what his parents must feel?