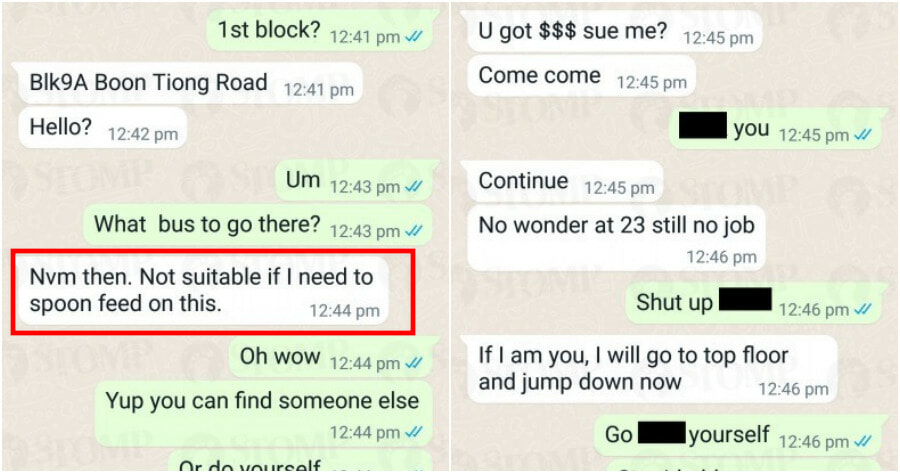 Job seeking is 1 of the most important highlights in our lives and we tend to be as polite & as careful as possible during the conversation with our potential employer to secure a good impression.

Recently, a girl in Singapore shared her experience of seeking a job as a flyer distributor with a man who eventually rejected her.

“I would like Tiong Bahru because I live near the place.” 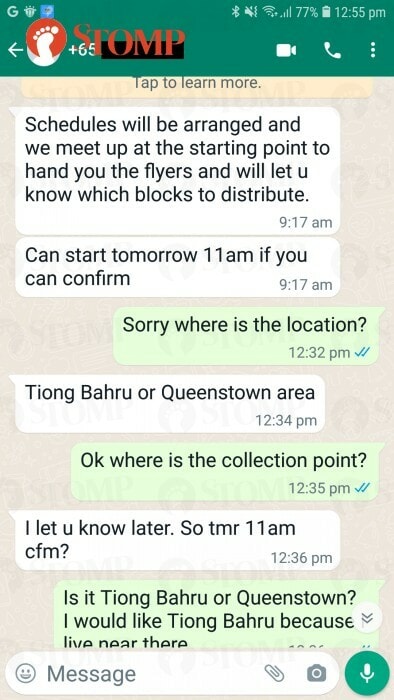 The man on the other hand told her to just meet him at the 1st block to collect the flyers on the next day & he will show her the proper way to distribute the flyers.

The job seeker continued by asking,

The man decided to not take her for the job as he felt the need to spoon-feed the girl made it pointless for him to hire her.

“Oh wow. Find someone else of do yourself, good luck,” she responded. 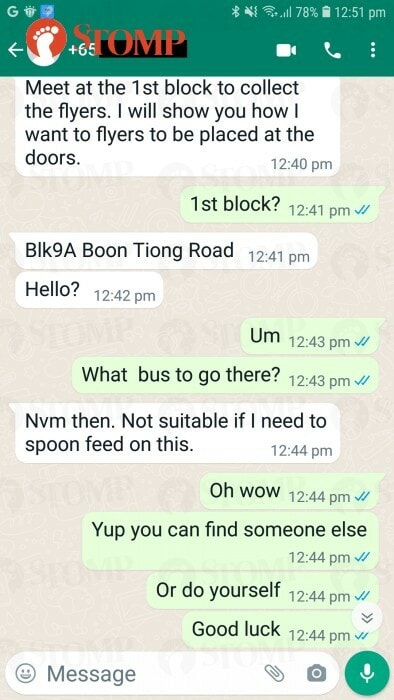 The conversation could’ve ended there but it took an unexpected turn with some vulgarities. The man told her “good luck to you too” to which the girl said not to worry and told him that she will be blocking his number.

Both parties then had a short argument with some vulgarities where eventually, the girl asked him to stop or she will sue him. The man apparently “welcomed” her to sue him and even said, “no wonder at age 23, you’re still jobless.” He then asked her to jump off the building at the end of the conversation. 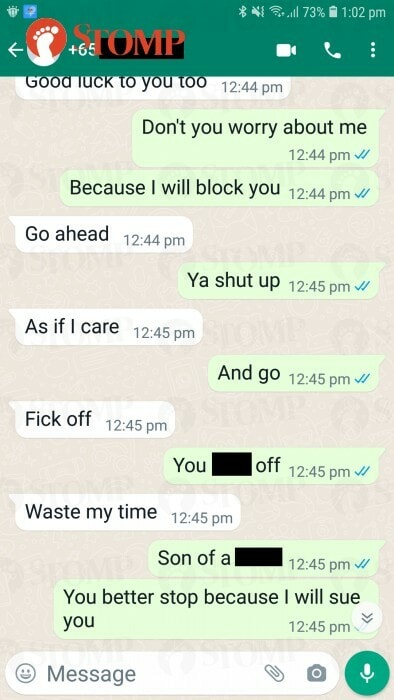 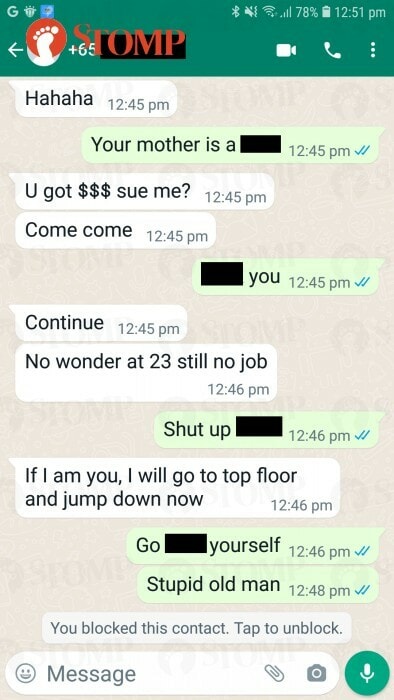 Age 23 and still expected to be spoon-fed?

The conversation has since spread online and netizens have since expressed what they think about the incident. Most of them think that the man has done the right thing by not hiring her as the need to be spoon-fed is a red flag. 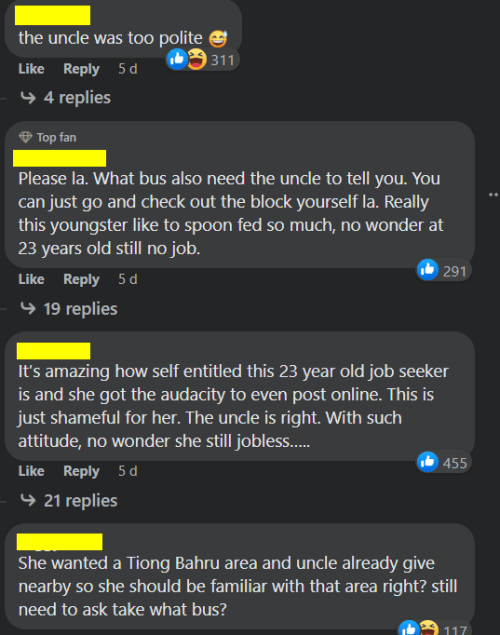 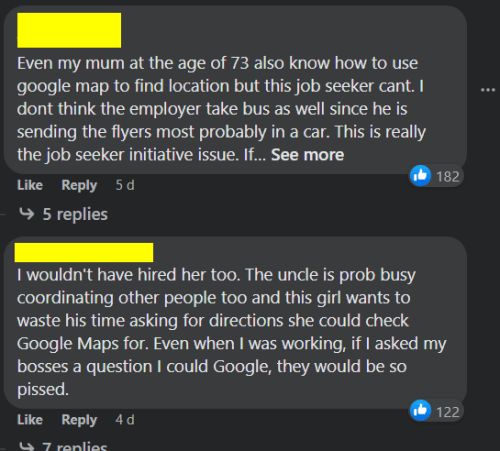 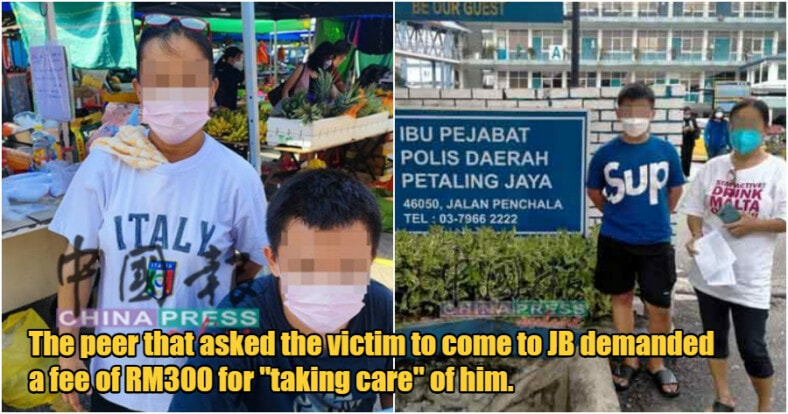