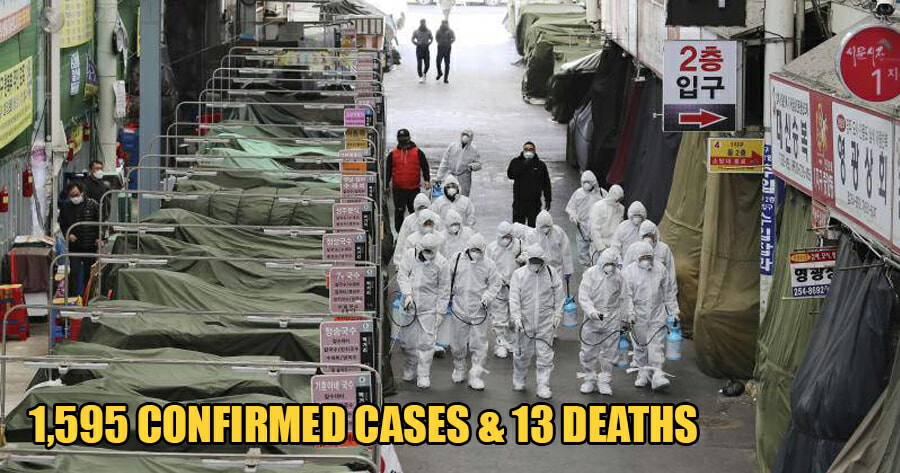 South Korea is now the country with the highest number of Covid-19 cases besides China. As of now, there are 1,595 infections with 13 reported deaths!

This is because the country reported another daily spike of new infections today (27th February) with an additional 334 new cases confirmed in a few days, reported Yonhap News.

The number of new cases is expected to accelerate in the days to come while authorities test more than 210,000 people at the centre of the rapid spread. 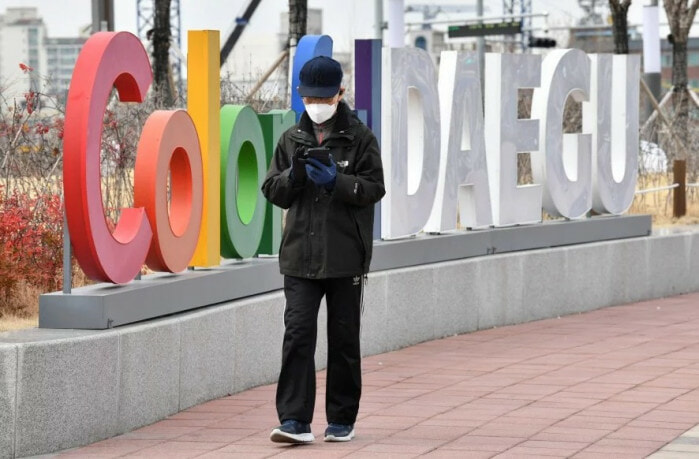 More than half of the new cases came from a branch of a religious sect in the southeastern city of Daegu. 307 of the 334 new cases are in this area, while four confirmed cases are in the North Gyeongsang Province.

The number of total infections in Daegu and North Gyeongsang now stands at 1,017 and 321, respectively. Other major provinces and cities have also reported some infections, with Seoul reporting another six cases.

Ever since the country has raised its virus alert to “red” on Sunday, health authorities have focused on stopping the spread in Daegu, particularly.

Also read: Warning: South Korea Now the Most Infected Country for Coronavirus Outside of China 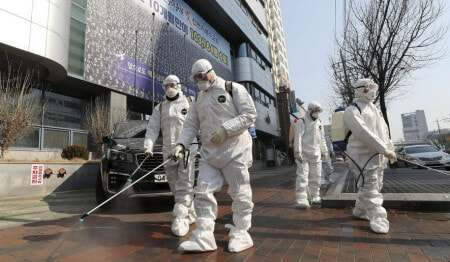