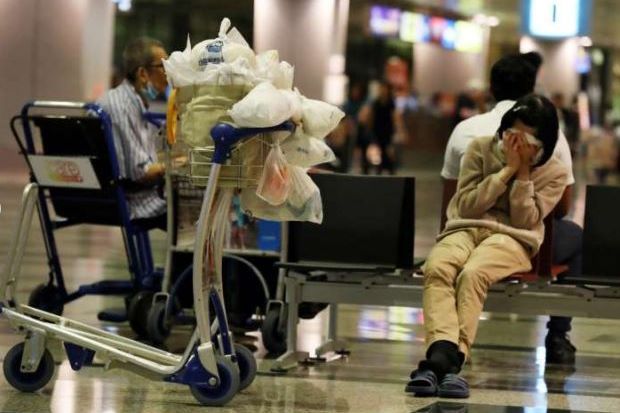 Have you ever watched the movie The Terminal starring Tom Hanks where he was forced to seek refuge and live in the airport as his citizenship for his warring country was unclear? A woman has been doing the same except the country is not at war, and has lived in Changi Airport for eight years. 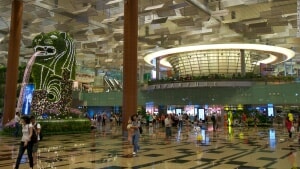 She does actually own a house, a three-room flat in Tampines to be exact but she has rented it out and chose to live in the airport instead. The middle-aged woman explains that she was hit hard by the financial crisis in 2008 and did not have sufficient cash flow. Being desperate for cash, she had no choice but to choose to rent out her flat.

Initially, she only planned to stay there for a few nights while she figured out what to do, but it slowly became eight years. She is fully equipped to live in the airport with a trolley filled with her clothes, toiletries and other necessities. According to Lianhe Wanbao, she said that living at the airport is actually quite convenient as there are shops, showers, free electricity and Wi-Fi. 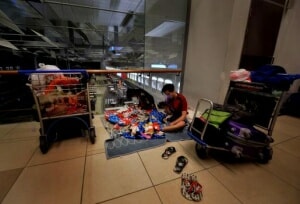 She currently gets more than $1,000 from the rental income and has hopes that she can eventually have her own roof over her head.

“I intend to sell the flat and apply for a smaller two-room unit, to make life easier,” she said.

Wanbao also reported that there are more than 10 people who are living in the airport. Wow! Doesn’t seem so uncommon after all!

Changi Airport Group doesn’t encourage such behaviour and cooperates with welfare agencies to help these people.

“We will work with agencies like the Ministry of Social and Family Development, as well as Family Service Centres, to find the best way to help them.” 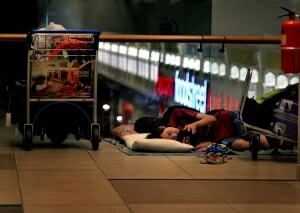 Some of the people who have decided to make Changi Airport their “home” gave their reasons as disagreements with roommates and falling outs with relatives whereby they decided to avoid them and camped out in the airport.

I guess home was where the heart is….