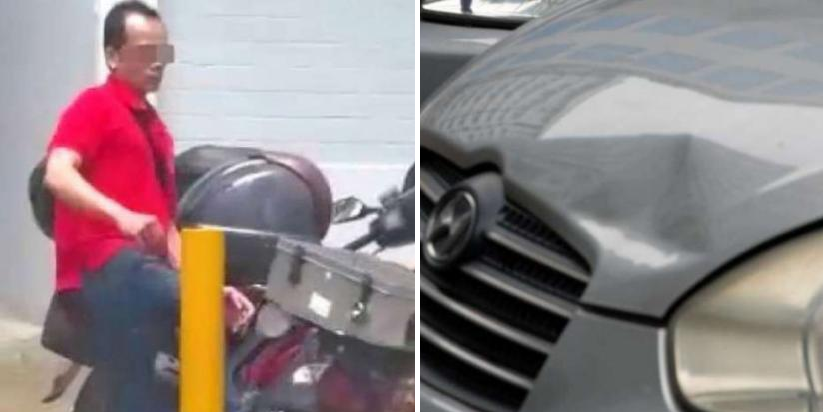 Some netizens claim he is suffering from mental disabilities but most people are just wondering what the heck their Hyundai ever did to him.

This happened in a open-air car park in Block 139, Serangoon North Avenue 2, according to STOMP, a Singaporean news subsidiary of Straits Times.

A passerby was just going about his day when he heard loud noises coming from the car park. He decided to investigate but what he saw frankly left him baffled. 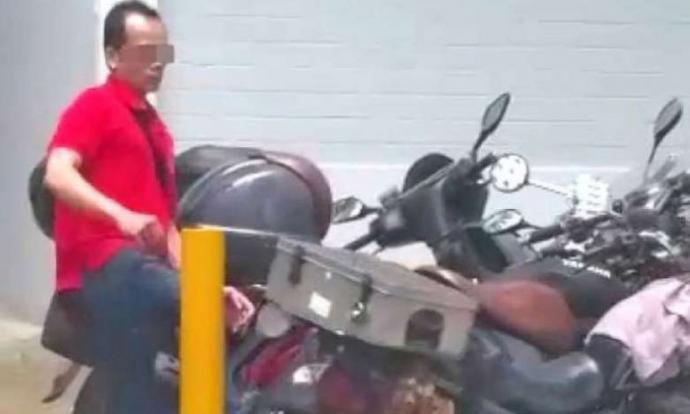 He saw a man in a red shirt punching and pounding on the hood of cars using his bare fists. His hands appeared to be bleeding from the sheer force he exerted.

After that, he was seen walking to the entrance of the parking lot and he reportedly just stood there. He did not allow any vehicle to enter!

As if that was not bad enough, he then walked to a row of parked motorcycles and kicked them down. Seriously what is this guy’s deal, man! 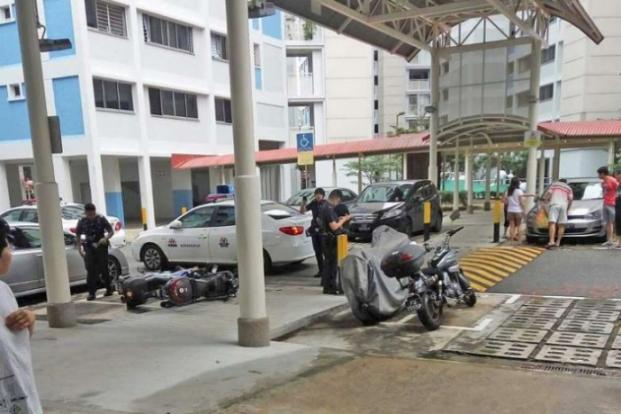 Liu Jinxing, a 48-year-old designer and also a nearby resident took some photos of the incident. However, he said that the man spotted him and aggressively glared at him.

“He was carrying a backpack and I didn’t dare to approach in case he had weapons inside.”

Not to mention that he seems mentally unstable.

Liu said that about 15 minutes after that, the man left the scene and went to a nearby bus stop. 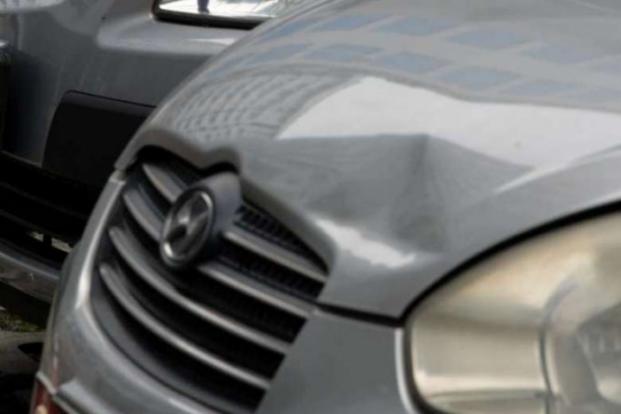 A couple of people immediately descended to the car park, no doubt to check up on their vehicles. It was not a pretty sight, many of the cars look like they need a trip to the body shop for some knocking.

The police force have been alerted to the incident and are currently investigating the “vandalism” incident. As of the time of writing there is still no word on the identity of the man.