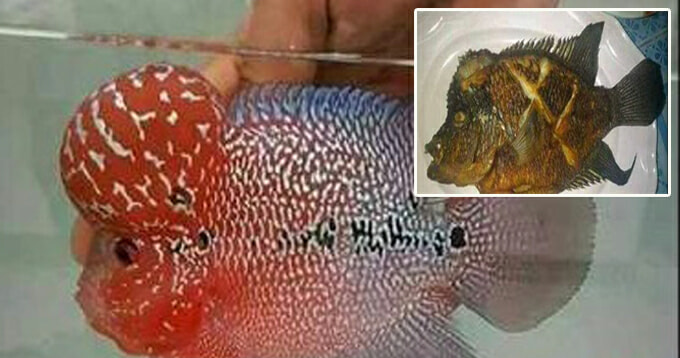 In a somewhat hilarious turn of events, a Singaporean shared his story about his pet fish being accidentally cooked by his maid for dinner.

Recently, the man only known as Zhi Chun shared his story to All Singapore Stuff claiming his newly employed Indonesian maid mistook his instructions.

On the post, he mentions that he had hired an Indonesian maid to help out with his house chores because he couldn’t cope with it amidst his busy schedule.

“I employed a new Indonesian domestic helper to help out with my hectic housework.”

One day, he asked her to “use the fresh fish at home and fry it for dinner tonight”. So the maid did exactly what the employer said.

However, he was shocked to see a fried fish on the plate that resembled his pet Luohan fish when he reached home! 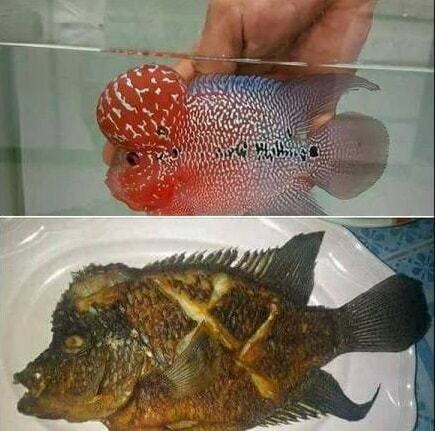 The distraught owner wasn’t sure whether he should be angry at the maid or himself because the instruction given did sound ambiguous.

The post went viral on social media and was shared over 4,000 times. Some netizens supported the maid saying that she was just following the instruction.

On the other hand, some eagle-eyed netizens quickly pointed out that the story smelt fishy! Oppss, busted!

“I smell something fishy here! I’m pretty sure that it is a FAKE story, but nice try just the same. In the original version, it was a 5K Arrowana, or dragon fish, that got cooked,” said a netizen.

“Didn’t this story come out a few years ago? We read it in Brunei already and it was somewhere NOT in Singapore. And it was proven that the fish is not even a Luohan but a Tilapia. Way to go with coming out a FAKE STORY and pin it on the Indon maid. You damn RACIST!” commented another netizen.

Regardless whether the story is fake story anot, it definitely made most of the netizens’ day to think such a silly mistake could ever happen.