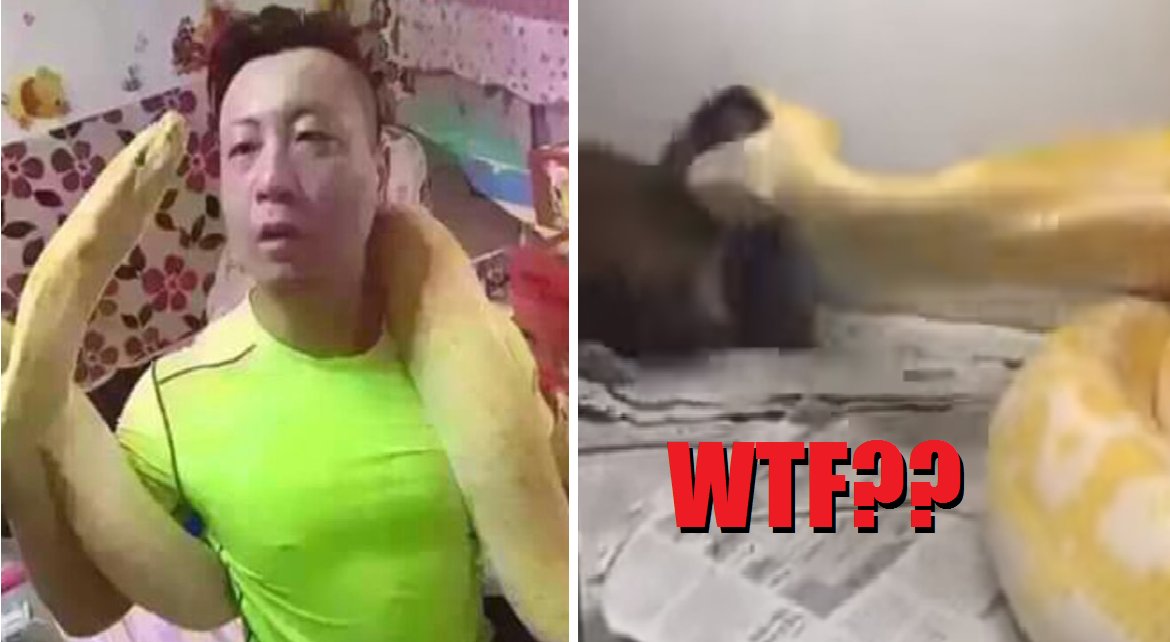 A shocking video got the internet in shambles when it was uploaded recently, showing a cute adorable puppy about to be eaten by a python.

The 7 second long video shows the poor puppy being left in the python’s cage. Clueless, the puppy that was stuck in one corner was approached by the yellow python, unaware what awaits him.

Either the puppy thought that the snake was making a friendly gesture or it was just too afraid to do anything, the poor little furball just stuck to his corner. 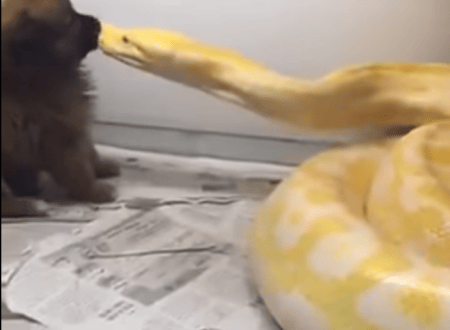 Suddenly, the python strike the puppy in the face, pulling the puppy into it’s body attempting to strangle it. The video cuts off at this point so no one knows what happened next. Most feared the worse. 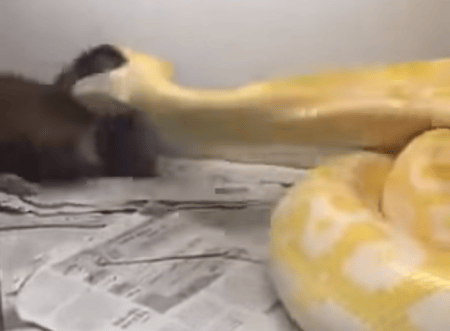 The python attacked so quickly that if you blinked, you probably would’ve missed it.

The internet went up into a fury where everyone demanded to know where the source of this video came from and who the owner was. After much stalking, a hero found out that it belonged to this Asian guy right here:

This was shared on a chinese Facebook page and the comments filled up quickly, with people flocking in to wish death upon such a cruel human bring. Netizens all over the internet is cursing the man, and with good reason too!

No one is clear whether this man was Chinese, from Taiwan or even Malaysia.

Let’s hope that proper justice is served and karma hits the man right back for his inhuman actions.