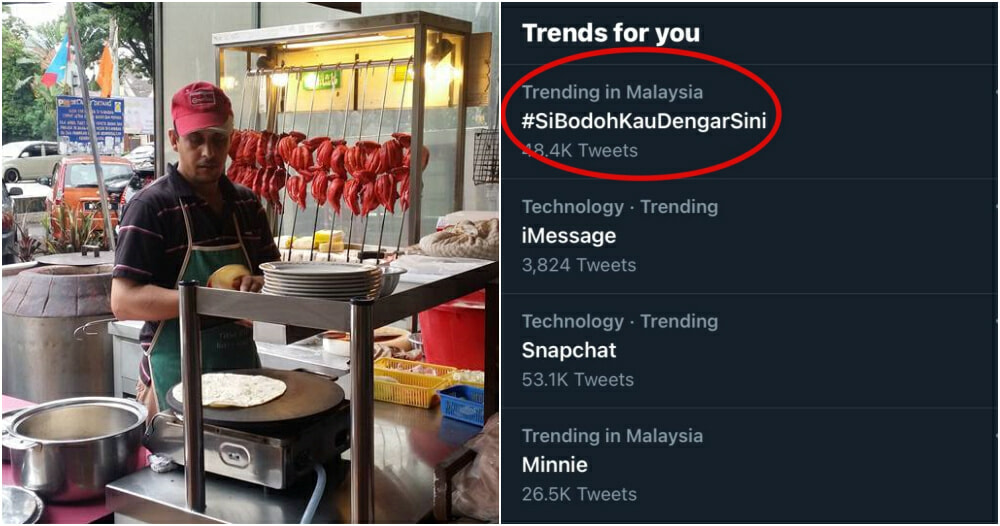 There’s a new hashtag trending on Twitter and Malaysians are all for it! Some politicians too actually…

With the Movement Control Order (MCO) that has been implemented in some states, many Malaysians are pointing out that one of the SOPs does not make any sense and is unrealistic. Which one? That food delivery services and restaurants operating hours are to end at 8pm.

The issue in hand was brought up by many Malaysians sharing their insights and experience with restaurants and food delivery services being closed by 8pm.

However, some netizens could not brain why some people are not able to order their food on time.

This got Twitter user, Tun Laila Tun Rafaee, 23, pissed off! Hence, she thought she should give them a piece of her mind…

In her tweet, she replied a fellow netizen, who ridiculed other Malaysians for not ordering their food on time, by saying “Si bodoh, you listen here, business hours from 11-8pm is for all Malaysians to order during that period.” Savage!

She added on to explain that there are people who can’t find the time to cook after work because early the next morning they have to head back to work.

Many netizens applauded her comeback which resulted in her tweet reaching thousands of people across the nation. From there, the hashtag #SiBodohKauDengarSini was created.

The hashtag has even been trending on Twitter since last night. 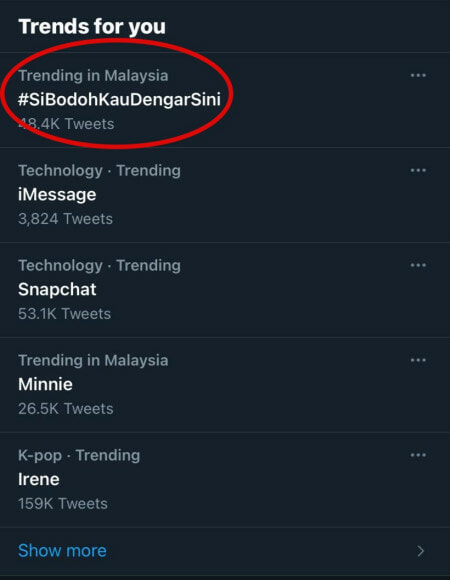 Malaysians started to use the hashtag to voice out their concerns, not just addressing this particular issue but every other issue that need draconian attention! The hashtag is now a movement by the people.

It also caught the attention of Syed Saddiq!

Please listen to the RAKYAT. https://t.co/31NpCBMOeR

Syed Saddiq used the hashtag to not only address the need for extending the delivery time but to also address other important issues such as students having to go back to school although they reside at red zone areas.

He urged the government to “Please listen to the RAKYAT”.

Former Minister of Education, Mazlee Malik, too shared the hashtag in his tweet tagging lawyer Syahredzan, asking him to explain the tweet.

The Girl Behind The Hashtag

World of Buzz had the privilege of speaking to Tun Laila, the girl behind the hashtag #SiBodohKauDengarSini.

“I think I kind of started a riot… I didn’t create the #SiBodohKauDengarSini hashtag. A lawyer on Twitter saw my words, created it and now it has even been used by a few politicians,” she tells World of Buzz.

“I feel quite relieved since I spoke not only on behalf of myself but other people too. There are people who disagree but I guess everyone is allowed to have their opinions,” she said.

She also pointed out that since the hashtag ended up trending, her followers on Twitter has increased drastically.

“From 50 to 1,400 followers now. I don’t know how to feel about that as Twitter has always been a place for me to express my feelings. Now that I caught the attention of many, I hope I can use Twitter for a good influence,” she tells us.

Tun Laila added on to say that she hopes with her influence to highlight a good cause will not bring any more additional disparage this country already has.

“I’m glad my words are heard by politicians. Now they know what it is like to be the rakyat,” she said.

“We are all in the same sea but we don’t share the same boat. There are people with privilege and there also some that are underprivileged. So just have respect for other people’s circumstances. We can find a common point. We are all struggling one way or another,” Tun Laila added on. 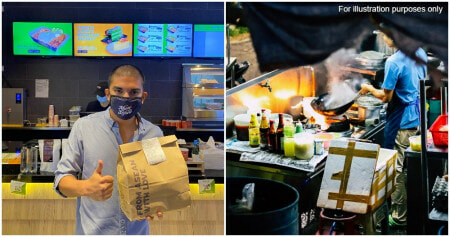