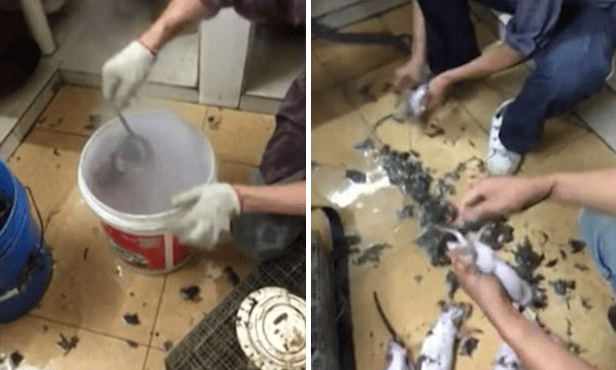 A shocking video was posted online and the footage shows rats being boiled alive then stripped of their fur by restaurant workers. Apparently, these rats are being preparing for food markets.

The creatures can be heard squealing during the cruel act, while the workers, oblivious to the animals’ pain, simply continue chatting and laughing.

The man in the video was seen putting his hand into a cage full of rats then grabbing one out by its tail. He then dunks the rat into a boiling tub of water while swishing it around. When he pulled the rat out, it was still struggling so he dunked it a few more times before dumping the body onto the floor. 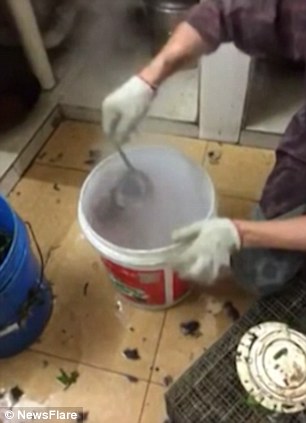 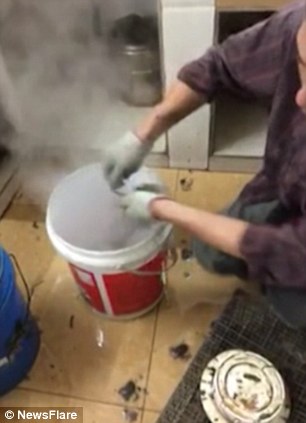 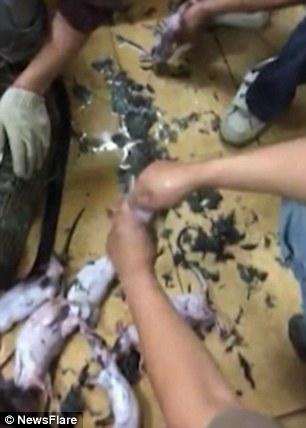 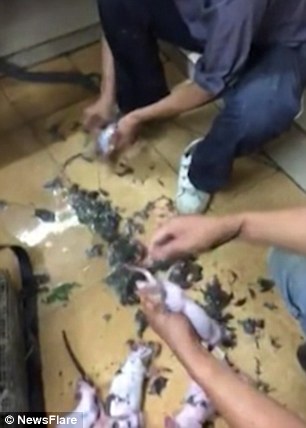 Workers skillfully and vigorously pluck the rats fur in preparation for them to be cooked.

The video was shot in China, where people regularly eat rats as a snack or part of a wider meal. These rats are eaten on skewers or their meats are fried.

China’s record on animal rights remains one of the worst in the world and the country is regularly the targeted by campaigners and political protesters. So it isn’t rare to see these animals being eaten. Rats, dogs and turtles can be bought in food markets.

Would you ever eat a rat?