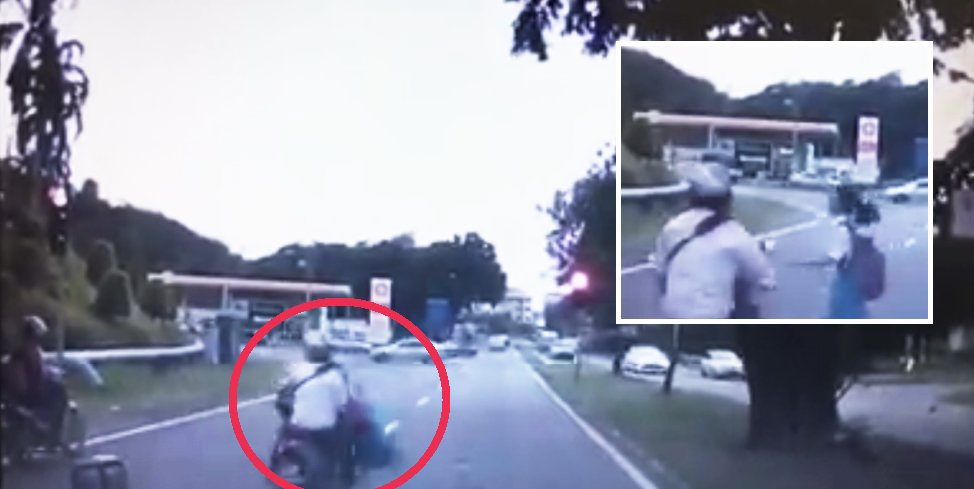 In a recent Facebook post, a user named Ronn Conggek posted a shocking video of a pedestrian being knocked down HARD by a motorcyclist who ran a red light. Worse? It was only a secondary school student and the man didn’t even STOP to check up on her after the crash! 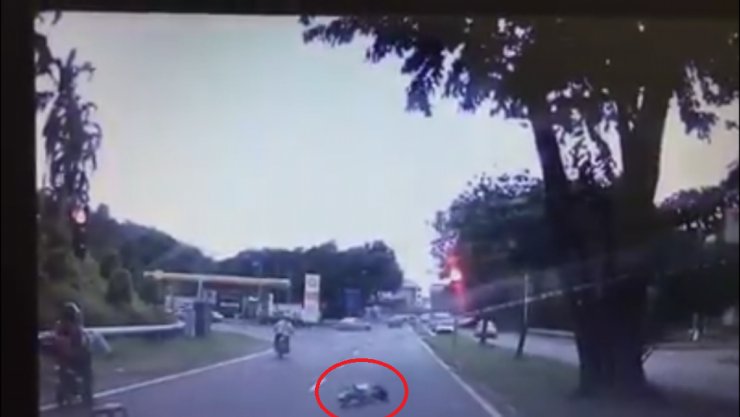 The sickening video that was posted on social media quickly went viral and and spawned many angry netizens to voice out their outrage on the social media site. It was shared over 5,800 times and was captioned, “Cuba kasi famous kasi famous dulu ini driver yang sangat berhemah”. 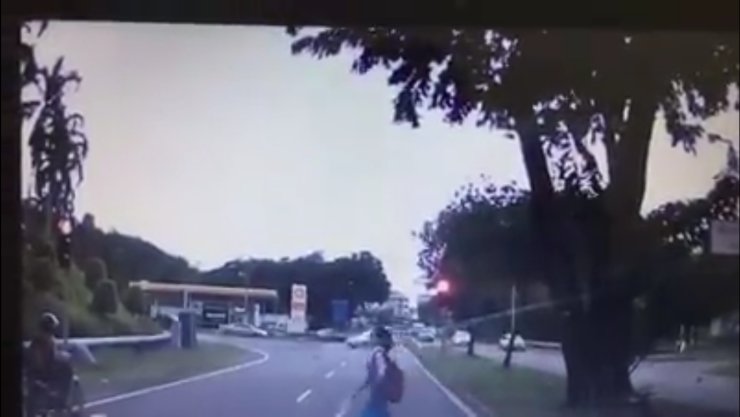 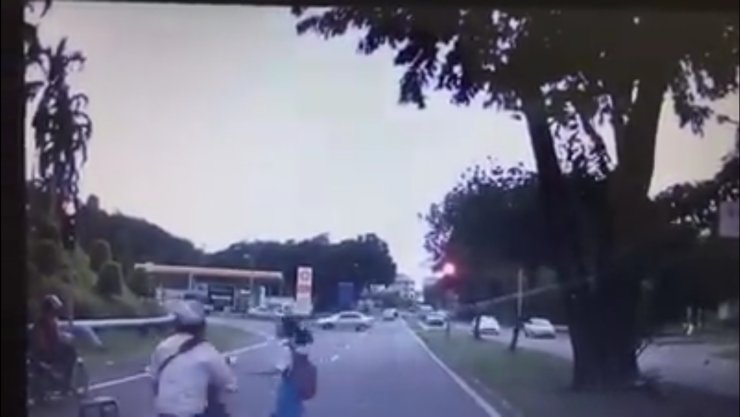 The 15 seconds clip appeared to be taken from a car’s dash cam. The video started off normally with the car casually cruising down the road before stopping at a red light.

During then, a secondary school girl in the customary blue pinafore who can be seen on the curb on the right proceeds to cross the road when the cars have stopped.

Halfway across the road, a speeding motorcycle suddenly appears and collides head on with the girl, sending her airborne for a split second before falling heavily on the tarmac.

That type of hit is one that will cause anyone who watches it to cringe.

The motorcyclist quivers slightly from the collision but manages to regain his balance and rode off without a second glance. 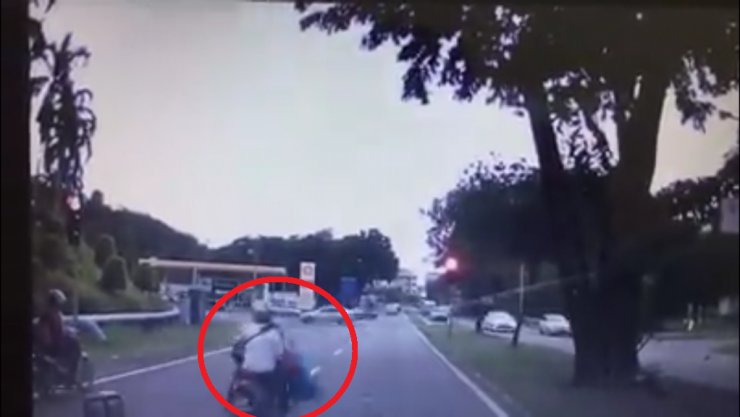 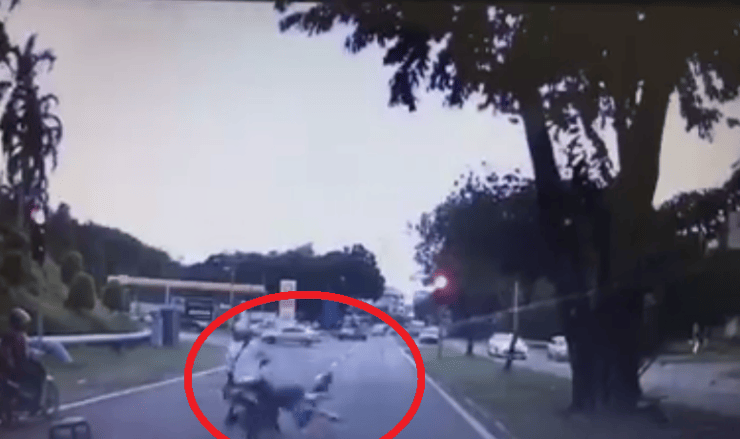 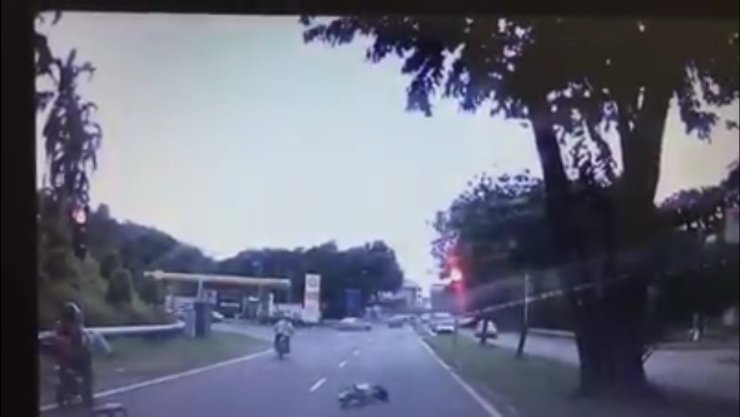 So not only he jumped a red light, he mercilessly hit and run a secondary school female student!

The driver’s lack of conscience has led many to critique him for the hit and run. Leaving a badly injured kid laying in the middle of the road.

“This kind of people deserves to have their license cut and not be allowed to ride a motorcycle. He’s only a danger to others.” one netizen said.

“Kitai punya orang… If I was close to that guy, I would’ve ran him over. *insert cantonese curse word here*” another declared.