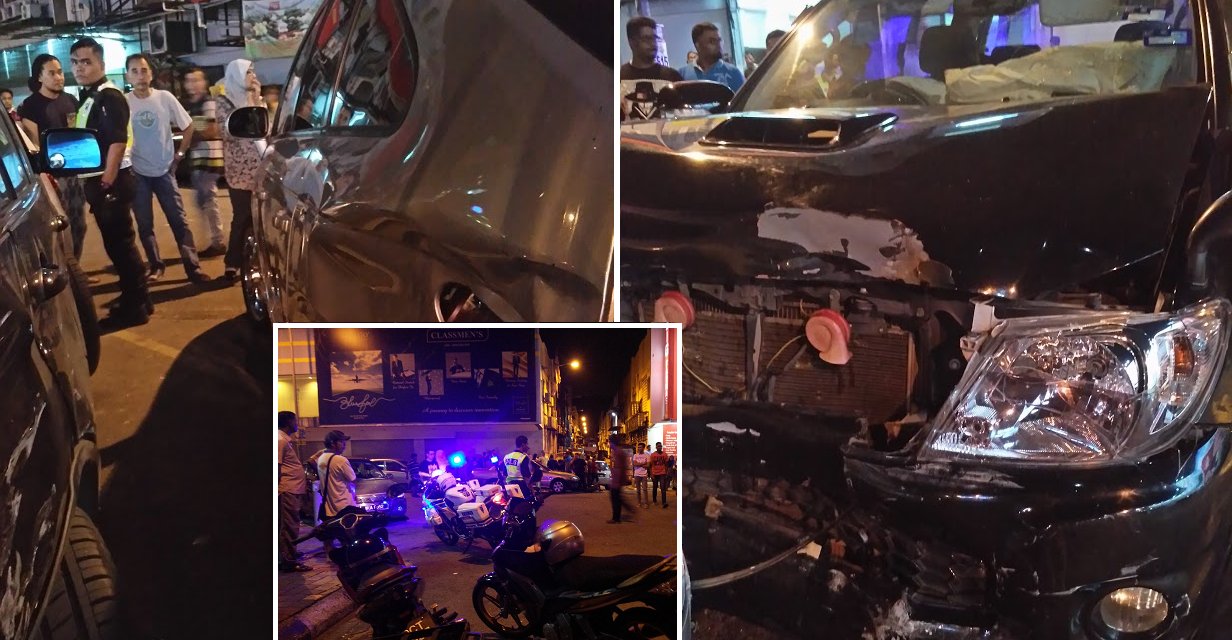 The scene showed a Wira with both its front and back bumpers fallen off while another black Toyota Hilux had crashed head first into another parked car.

The incident has shocked passersby as at least 3 cars were heavily damaged. 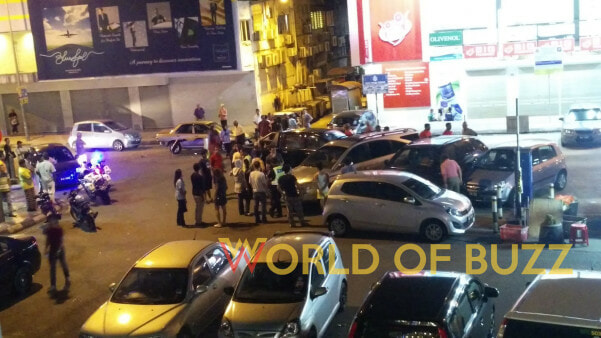 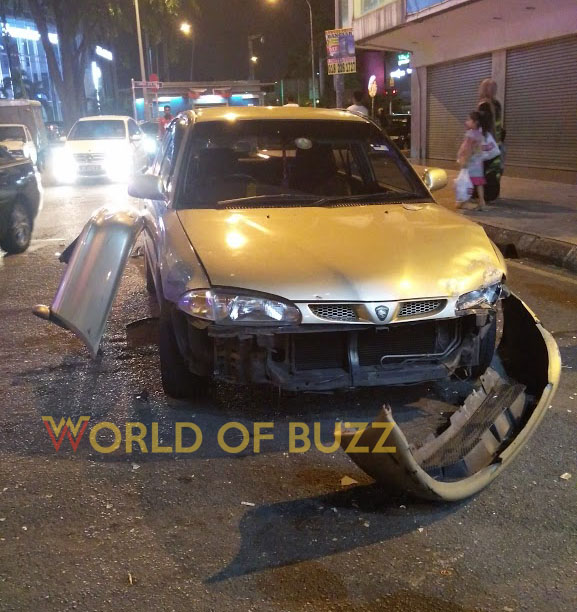 Yikes! It must cost a bomb to compensate all the other cars.

The car crash has attracted tons of onlookers as they gather around the scene.

The severity of the collision shocked people, at the same time confusing many as to how the accident could’ve happened. The car crash occurred in a small narrow road where plenty of cars parked to visit the nearby mamak or TMC supermarket. So driving with so much force as to cause a 3 car domino collision was pretty perplexing. 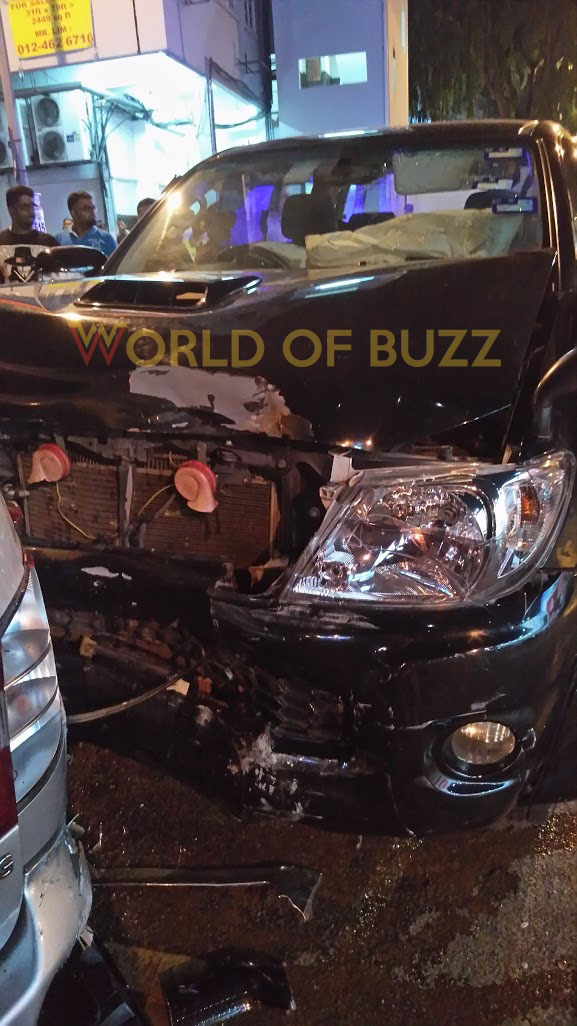 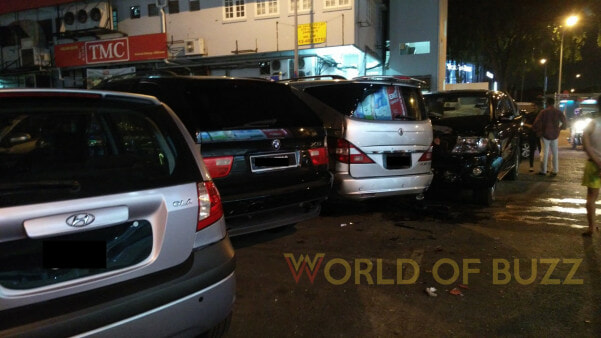 The 3 cars that were damaged from the domino collision.

According to one of the officers on site, apparently the driver of the Toyota Hilux was trying to avoid one of the cars but accidentally stepped on the accelerator instead of the brakes.

However, nothing is conclusive yet as it was only a theory based on statements gathered from witnesses.

Tow cars arrived to the scene about half an hour later to remove a couple of the cars from the wreckage. 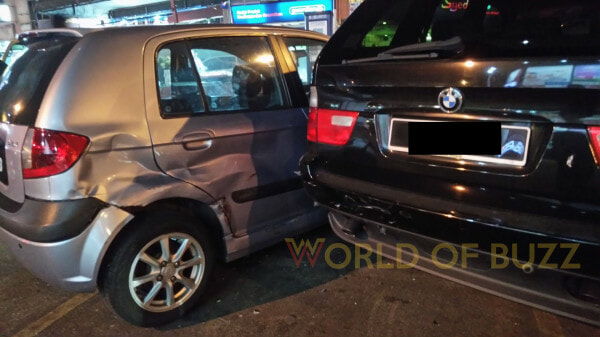 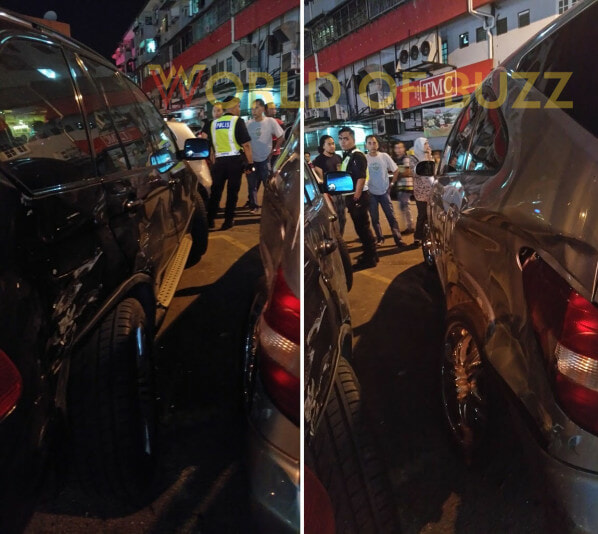 The status of the Toyota Hilux driver is unknown, while 4 other cars that were involved in the accident were empty. Investigations on the actual cause of the accident is still ongoing.

Must be a truly FML moment coming back from whatever you were doing to find your car wrecked.