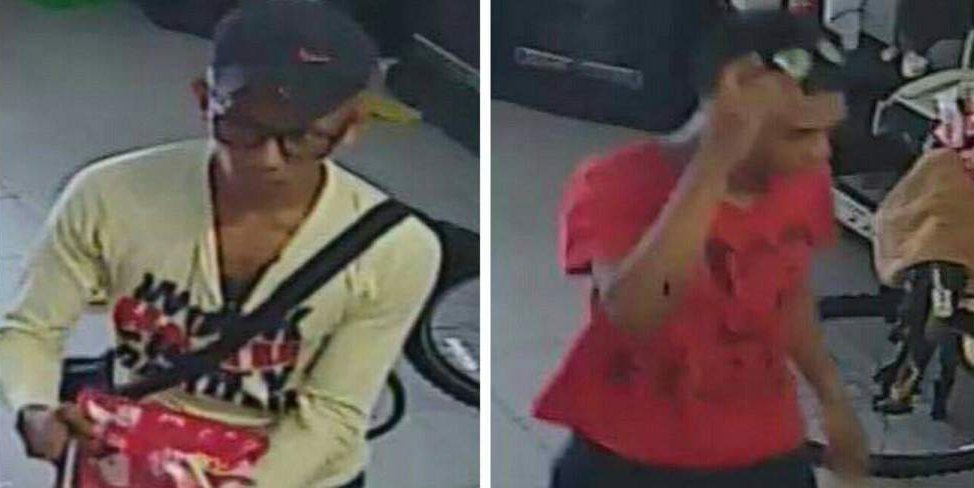 Being in Malaysia, we take the safety of our homes very seriously. We build high walls, place sturdy metal grills at all the entrances, and we install CCTV cameras all over the house. But despite all these efforts, there are robbers that still take the extra mile to break through all these defenses to make a quick buck.

That was the case for Sue, whose house was broken into recently by a couple of burglars. They had stolen many things from the house including her father’s car.

“These men burgled my JB home (in Skudai), and took my father’s dark blue Pajero Sport (WA 638 G), amongst many other things.” 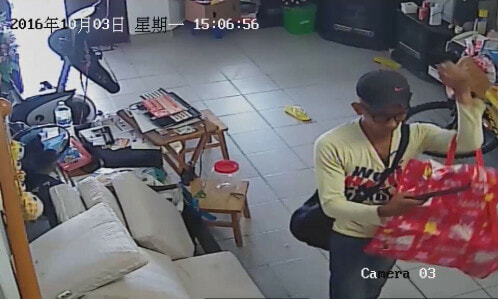 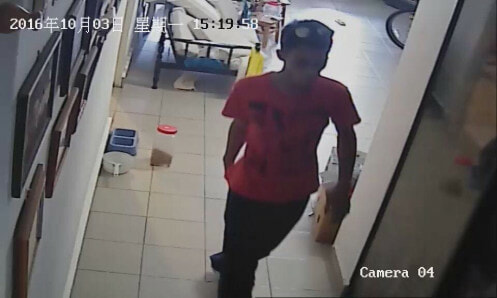 But what hurt her so much to the point of posting the story online is not because of the house being broken into. It was because those robbers stole something extremely precious to her. They stole her mother’s laptop which contained pictures and backup information from the mother’s phone.

“The one thing they took that I cannot let go, is my mum’s laptop. I lost my mother a year back, and all her photos and almost everything I have of her, is in that laptop. I have barely started to accept that she’s gone.”

“It breaks my heart to know that I don’t have those anymore.”

Sue mentions that she had lost her mother about a year ago. Her mother, who was pursing a Master’s Degree at that time, was traveling to Kuala Lumpur just a week before her own convocation when she met with the accident which took her life.

Sue tells World of Buzz that the robbery took place at about 2.40PM on October 3, 2016. The robbers had parked their car right outside of their gate before trying to break into the house. 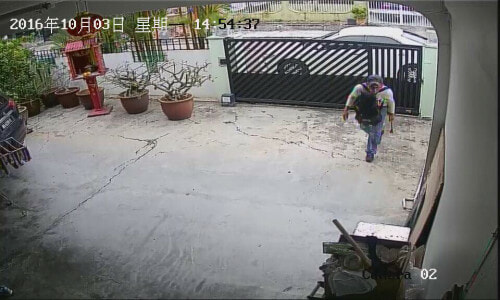 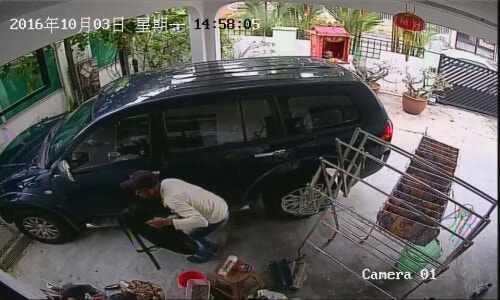 “(They) parked in front of my house for a good 15 minutes or so, to make sure that nobody was home.“

“One of them (in the yellow shirt) then tried to get out, trying to pry my gate open, but failed. He then proceeded to my grill, cut the grill and pried the wooden door open.” 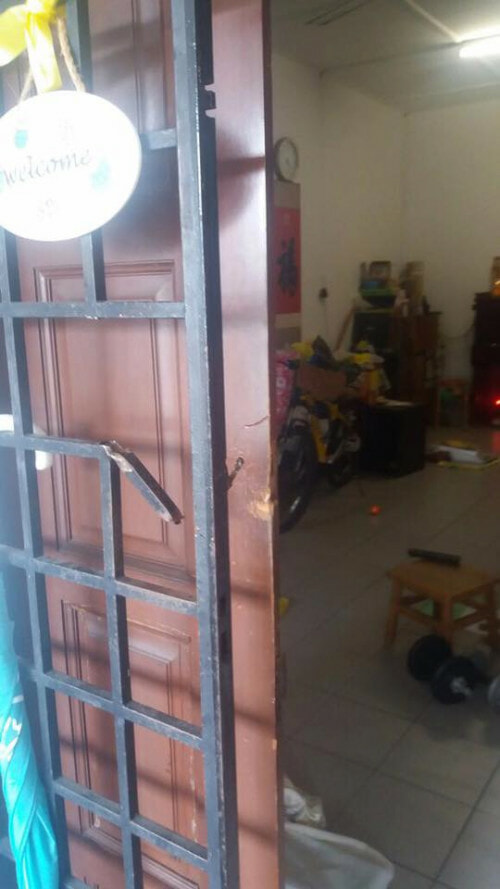 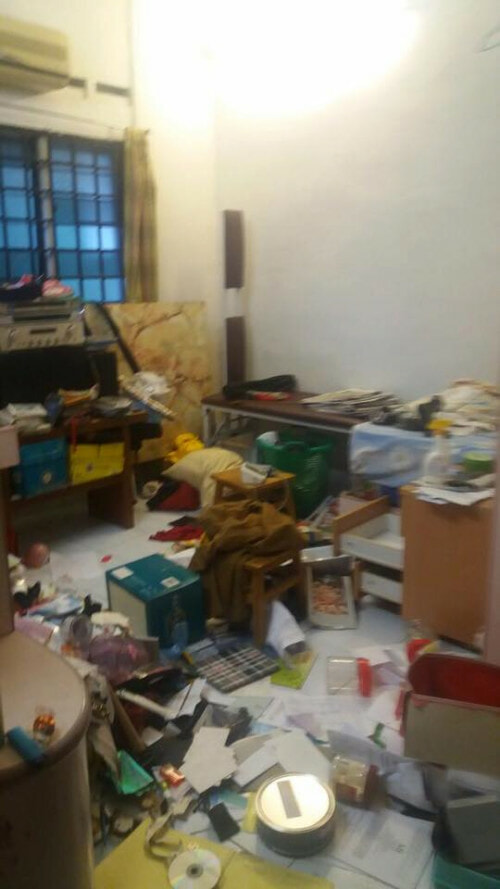 As the man in yellow ransacked the house, it seemed like he had an accomplice following Sue’s father.

“From the CCTV footage, it looks like he was taking his time, probably cos he had someone following my father who has left the house, so he would know that my father wouldn’t return soon.”

“He was taking his time in the master bedroom, and then his accomplice, the man in the red shirt came in to help cart out bags and bags of items.“

But the freakiest part was that the accomplice in red seemed to know when to cover his face!

“The man in red blocked his face from most of the CCTV footages, it looked like he knew exactly where our cameras were.” she tells World of Buzz. 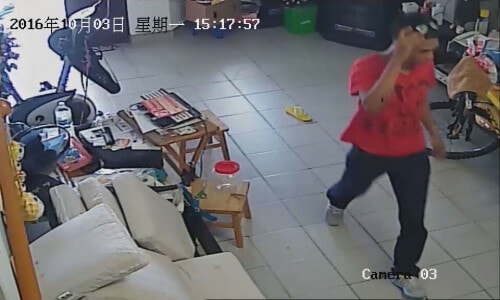 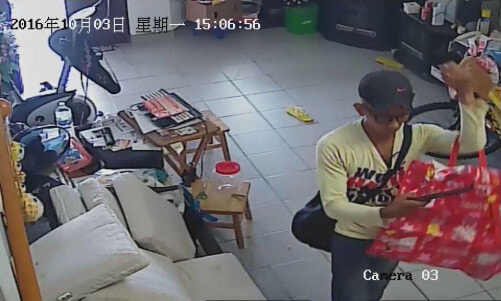 Sue usually kept her personal life private from strangers, but she decided to share this post out in demand of justice.

“Even if I never end up catching these men, their faces need to be out there. Please help me spread this and hopefully, we can have a slim chance at finding out who they are.” 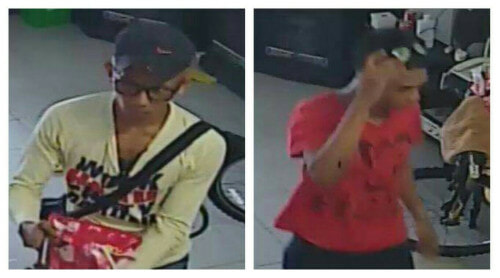 Many netizens who read her post sympathized with her. Well, imagine losing your loved one so suddenly and then having all the physical memories of them robbed.

Netizens shared out the post and left heartwarming comments as well as comments demanding for justice on behalf of Sue.

“I can feel u sis…. only those who have lost their dearest will understand the pain… no money can replace it back…. I pray so that u will get back the laptop..”

“They should be burnt in hell if it’s not on earth.“

“No mercy will be given to these kind of people.“

Sue truly hopes that with social media, these thieves will be caught ASAP!

Those who wish to help can spread this story in hopes that the perpetrators can be identified! Let’s hope Sue could at least get back all the pictures of her mother!