Apparently this is legit, this all started when a concerned adult messaged local writer and sexual health educator, June Low who in turn shared it to Facebook where the ‘condom question’ went viral!

She later updated it to reveal this question was lifted off the trial paper for PT3 Science! Wa PT3 more ciplak than my time’s PMR weih! 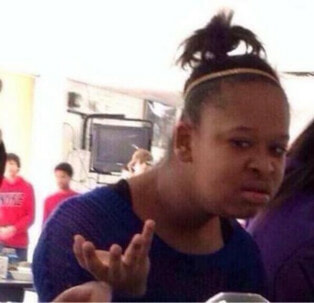 “The selling of condoms openly in shop has a negative impact which will create a social problem in the society. Do you agree? Give your explanation.”

Before we get into the bigger issue here..

Secondly, remind me how is this Science again?

“No because condoms are a step for birth control which is needed to prevent pregnancy.”

The student’s answer sounds about right though, doesn’t seem to have anything fundamentally wrong.

Well, it’s because the student’s answer was marked as INCORRECT.

The question has been circulating the web at quite a pace, and as you can expect, has gotten many netizens riled up! The main point people have been hammering on about is the fact that this is an opinion-based question!

“There can never be a right or wrong to an opinion. Everyone is entitled to their own.”
– Cheah Koon Fun, Facebook

Also, people have been questioning the point of this question on a Science paper, as Science deals with facts and not opinions.

“… And WTF kind of question is this doing in a SCIENCE paper?”
– S. Jamal Al-Idrus, Facebook

“Which science are they basing the marking of this paper on?”
– Lainie Yeoh, Facebook

Some comments question and speculate the motive behind such a question.

“This is a clear case of institutionalized imposition of a certain moral viewpoint. …”
– S. Jamal Al-Idrus, Facebook

“There’s nothing to be ashamed of nor negative about condoms. In fact it’s a vital tool for every couple to prevent pregnancy.”
– Steff Chua, Facebook

To be frank what I feel is that regardless of religious views, let us leave the question of values to the family not in legislature and certainly not in public education. Education is meant to expose the kid to new thinking and ideas, not to shelter and suppress them!

Condoms are what this country needs, especially given all the recent baby-dumping cases. As with most things, morality is best left up to the individual.