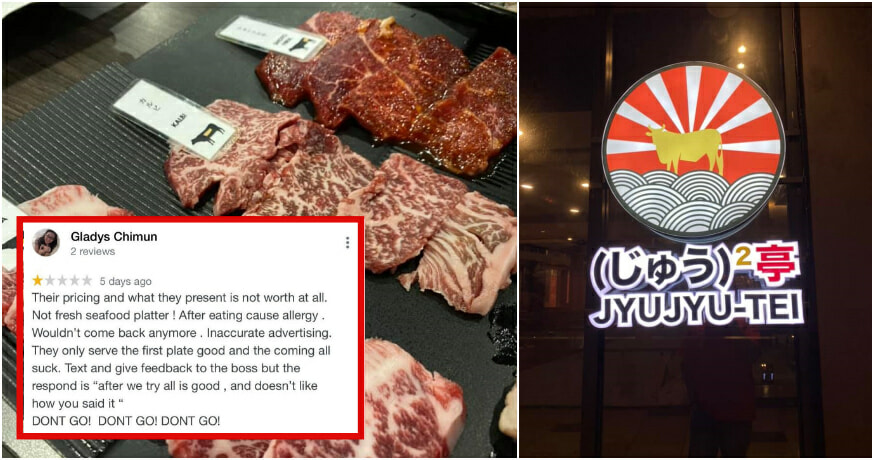 If you’ve ever made a bad review about anything in your lifetime, you might want to be careful because you might just get sued for it like in this case.

Last night, Gladys Chi Mun took to Facebook to ‘publicly apologise’ for writing a bad review about the restaurant, JyuJyu-Tei by Nihon Shoku, after she received a cease-and-desist letter threatening her with legal action if she refused to take down her original post.

In her post, she apologises to the restaurant and to the public, not for sharing her bad review online but for thinking customers had the right to do so in the first place.

“I am sorry that I have posted my opinion to the public because I thought we have consumer right and voicing right. I am sorry that this caused any inconvenience to your store but this is basically my opinion,” she writes. 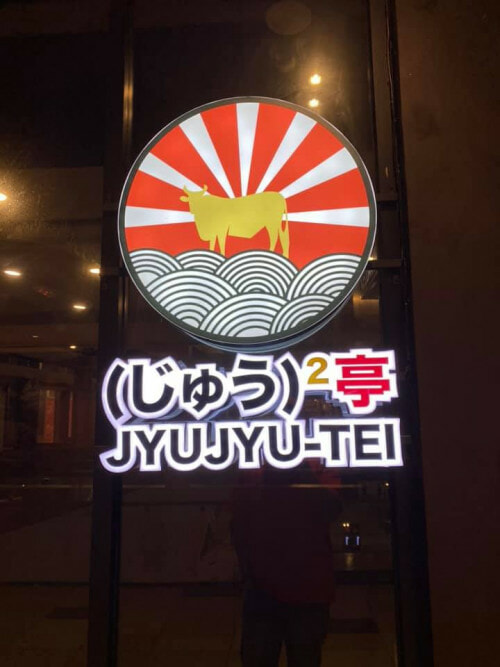 On 5 December, Gladys and her boyfriend, Voon Sing, visited Nihon Shoku as Eatigo was offering a 50% discount for the buffet price at the restaurant. However, they ended up leaving the restaurant feeling less than satisfactory.

In her original Google review for the restaurant and corresponding text messages with the restaurant’s owner, Gladys commented that Nihon Shoku’s food was not worth its expensive price and that their non-fresh seafood had caused her friend allergies. 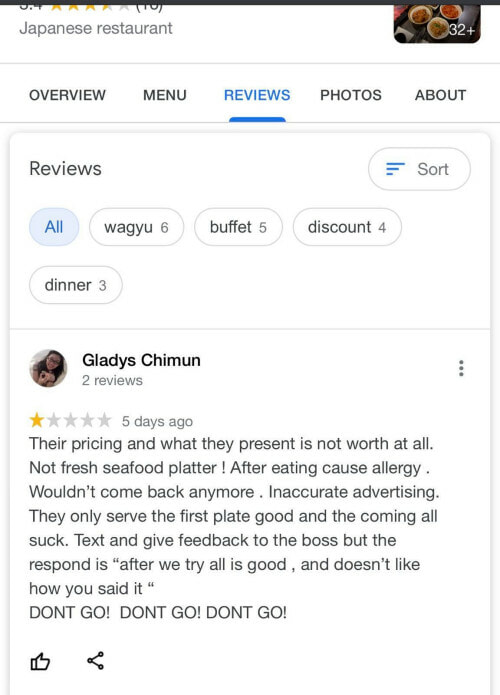 In response to her complaints, the restaurant owner merely said that they had tried their own seafood and it had tasted alright to them– completely disregarding her feedback as a result. 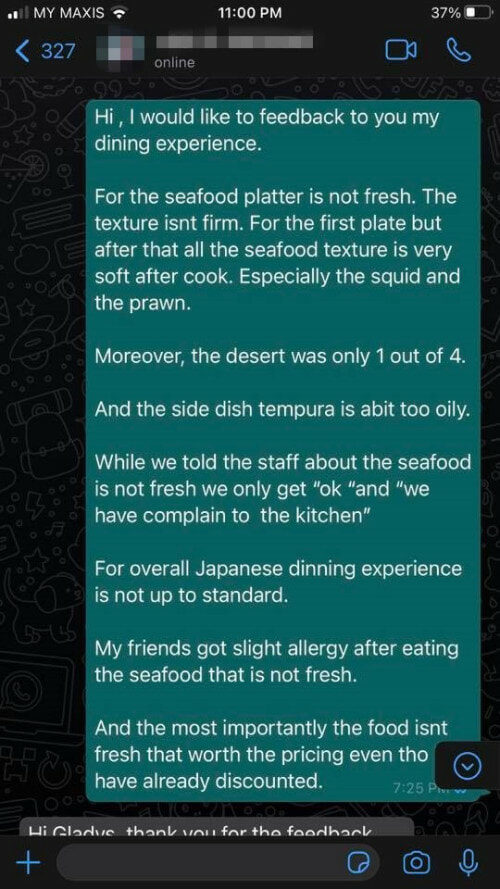 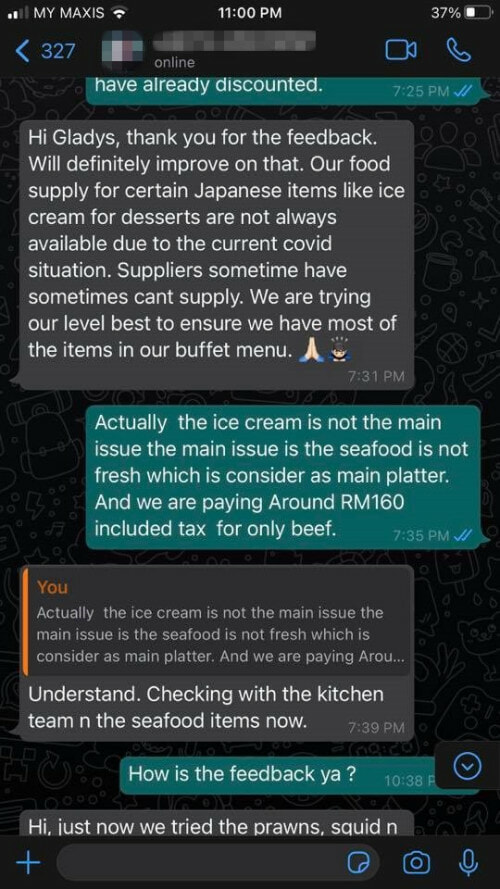 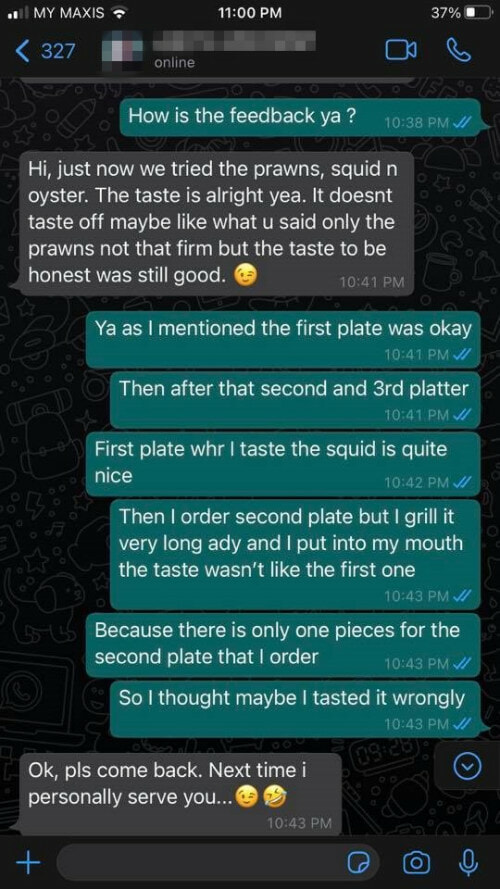 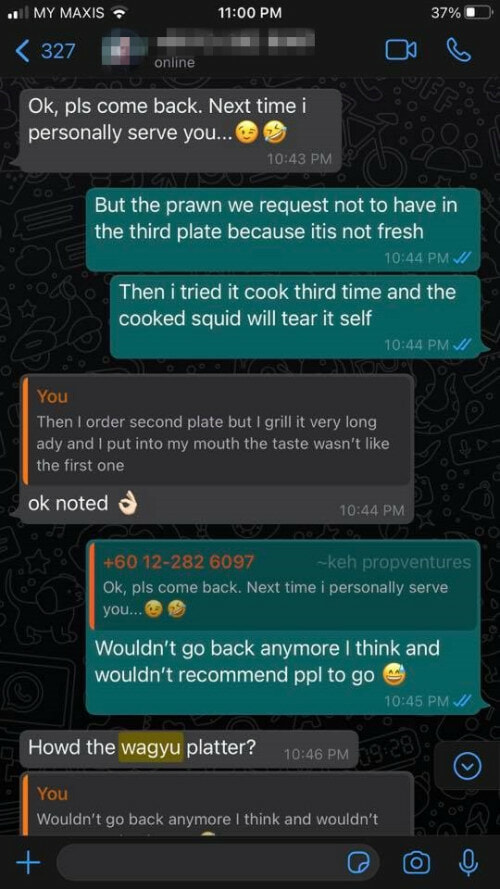 The cease-and-desist letter explains that Gladys is being sued because her online reviews were “highly defamatory of [Nihon Shoku] and [have] caused damage to [their] reputation as a restaurant”.

The letter asks her to delete her existing reviews, publish a public apology retracting and apologising for what she said and that she pay them a reasonable sum for damages made unto their reputation as a result of her posts in order to avoid any further legal action from being taken. 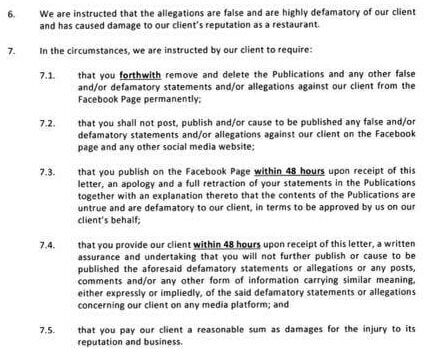 In her ‘apology’, Gladys further explains that the reason why she wrote this post is mainly that, as a fresh graduate, she doesn’t have the means to bring this situation to court.

“I spent RM300 and to have that service and food at the same time and I got a lawyer letter from the restaurant. I am not as rich as you to go for a legal case with you because I am just a fresh graduate.”

Speaking with WORLD OF BUZZ, Gladys also said that the reason why she didn’t take any photos as proof of her review or dine-in experience was that she had never expected a simple Google review to transpire into something so big.

“The worst part is we do not have any strong evidence to prove what we said because we thought it is just like normally when you go to a restaurant and you realise something wrong with the food they serve and they will change it or advise what should we do.”

After learning about this situation, we have reached out to Nihon Shoku to get their view on this incident, but they have yet to respond or make a comment. 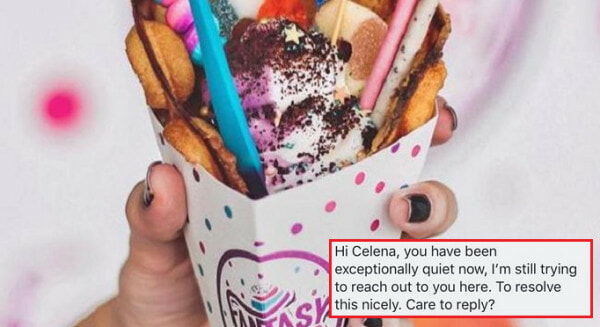