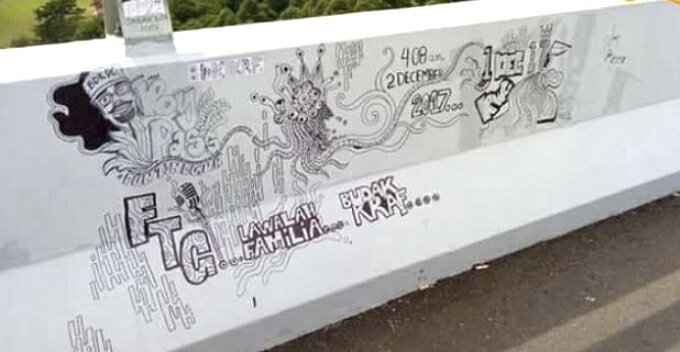 After 12 long years, the highly-anticipated Rawang Bypass has finally opened to the public on 29 November. Standing at 58.2 metres tall, this is without a doubt the highest bridge in Malaysia for now, and it has attracted folks living in the area to go for a joyride. However, after just 6 days since its debut, this happened.

According to Sinchew, the parapet of the bridge was found to be vandalised with graffiti. Oh come on, really now? 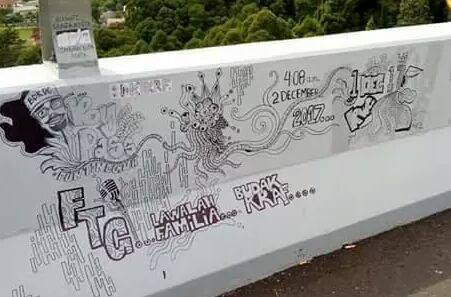 From the picture above, clearly some irresponsible delinquents have unleashed their creativity on the parapet. Although no one has stepped forward to claim this masterpiece, one particular phrase in the graffiti caught our attention – “Lawalah Familia”.

In case you’ve never heard of them, Lawalah Familia is a Malaysian hip-hop group that consists of 22 members. One of their biggest achievements was winning the House of Vans Battle of the Bands Malaysia and they even performed in Singapore.

So, are they responsible for the graffiti? Here’s what they have to say.

“Lawalah Familia would like to apologise to everyone on behalf of our fans who are responsible for the graffiti. This incident is beyond our control and we’d like to thank those who informed us about it.”

Let’s hope the graffiti can be removed asap before more delinquents decide to join in.

Besides vandalism, another growing concern is the number of drivers who are dangerously stopping their cars on the emergency lane just to take selfies. Some netizens complained that after the irresponsible drivers have taken their selfies, they would exit the emergency lane without watching out for incoming vehicles. You’re putting other innocent motorists at risk!

Here are some of the pictures we retrieved from Brotherhood Rawang. 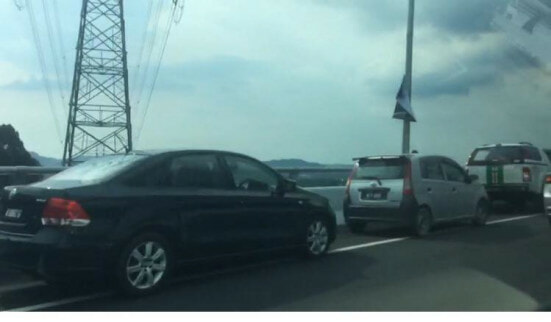 Six days into the opening, it was also reported that at least three accidents have happened on the Rawang Bypass, but it wasn’t mentioned whether they were caused by people taking selfies on the emergency lane. Luckily, no one has died in the accidents.

Graffitiing or taking selfies on the bridge is the last thing we should do on this magnificent stretch of road. I’m sure we can all do better than this right?

Also read: The Rawang Bypass Will Officially Open on 29 November, Here Are 7 Cool Facts About It 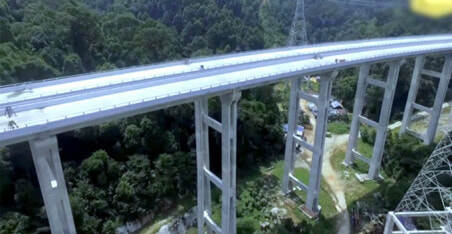