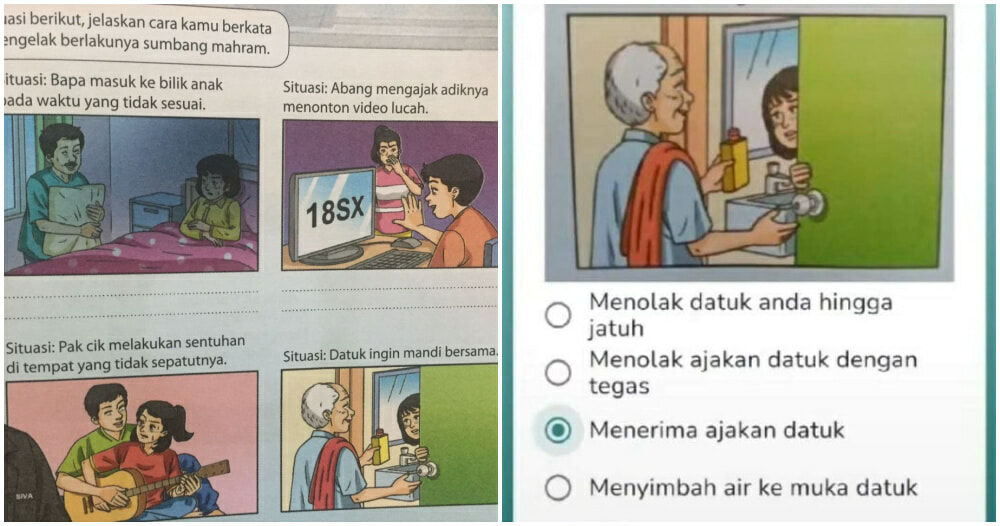 Let face this sad truth…topics related to sex have always been viewed and considered taboo in many Asian households and cultures.

It has been a long-overdue matter and it is time for us Malaysians to step up and educate children from young, not only about their bodies but as well as other crucial topics such as sexual grooming, sexual abuse and harassment, consent and anything that a boy or girl should know in order to be safe.

Pictures of a particular page were posted online, garnering much attention and debate.

The scenarios given seem to educate children about sexual grooming and the many inappropriate sexual advances that unfortunately can happen at one’s home.

In the textbook, instructions on the top read:

“Based on the following situations, explain how you would say NO to avoid incest” 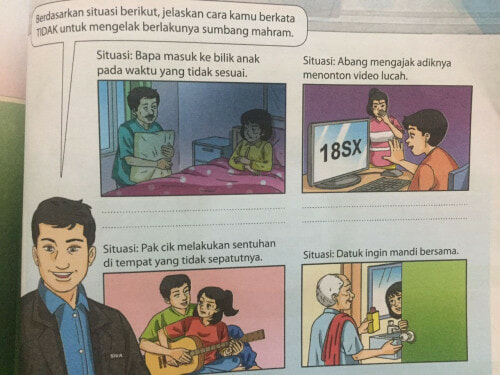 The question which was given in the textbook tackled four different scenarios:

Responses to “showering with grandfather” scenario

It was particularly the last scenario given, “A grandfather wants to shower with his granddaughter”, that garnered the most attention online.

Many reacted and debated on Facebook and Reddit to the question that was asked in the textbook as apparently there were four possible answers given for the particular scenario: 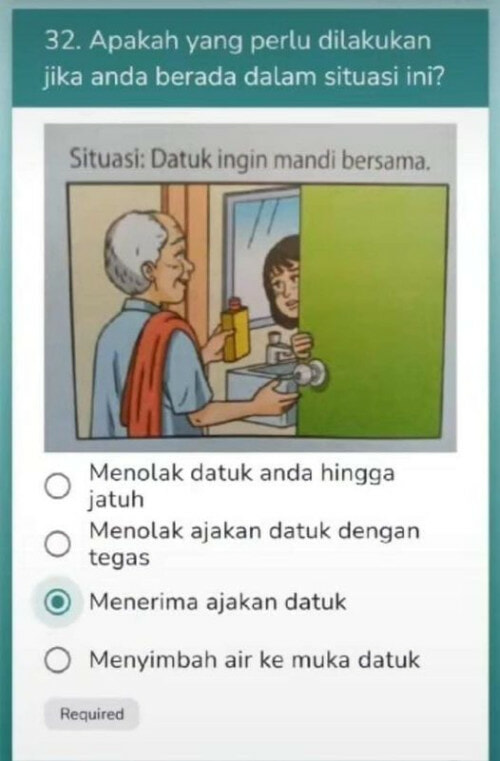 A Reddit user identified the diagram as one from a Pendidikan Jasmani dan Kesihatan (PJK, Physical Education and Health), Form 3 textbook.

A number of Malaysians criticized the textbook for containing an “inappropriate subject matter”, and disagreed with how the questions were phrased. 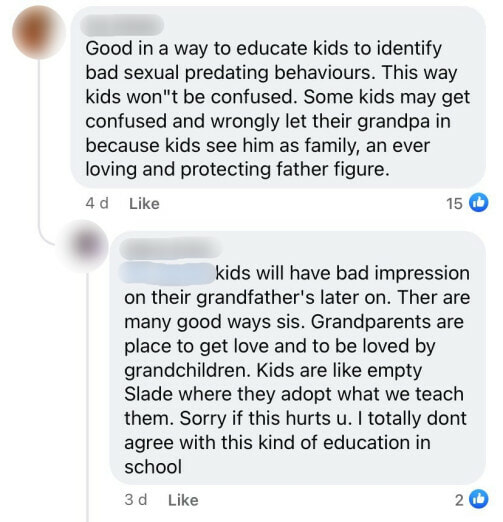 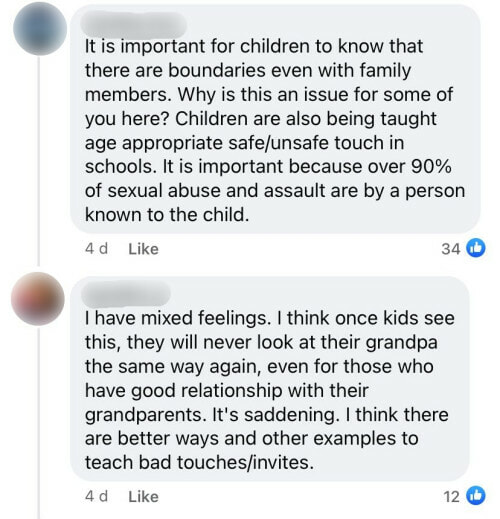 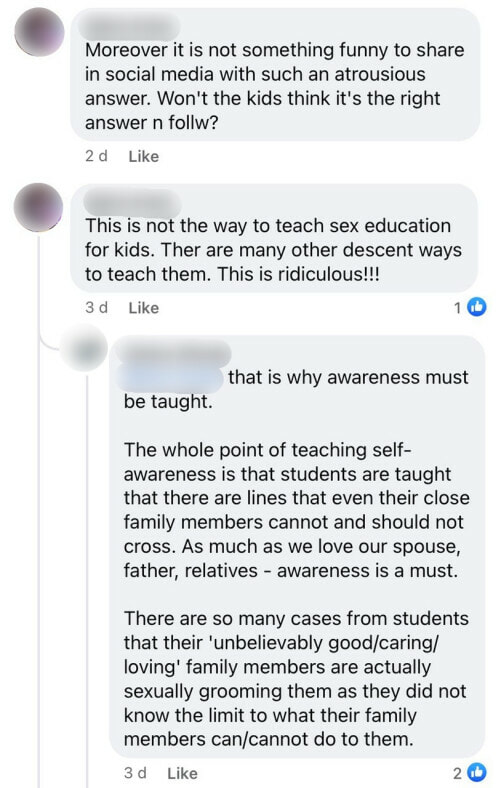 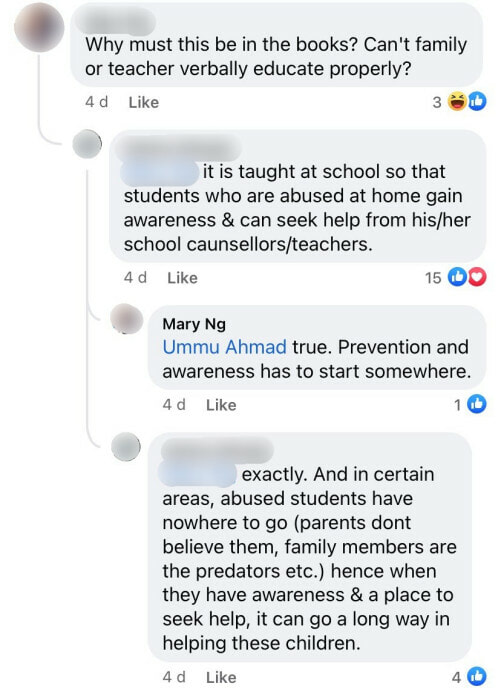 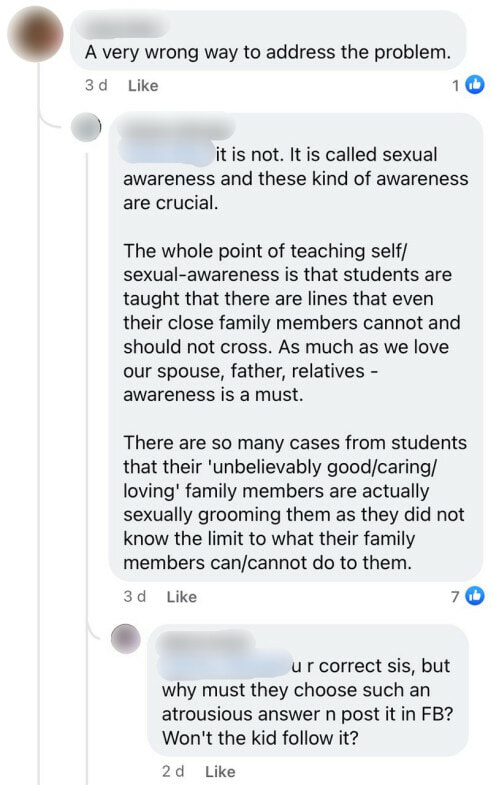 Also Read: Man In Kuching Beats Up Girlfriend In Restaurant, Surrenders Himself To The Police After Video Goes Viral 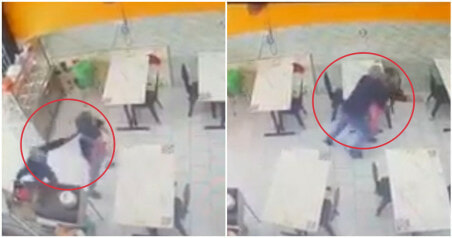