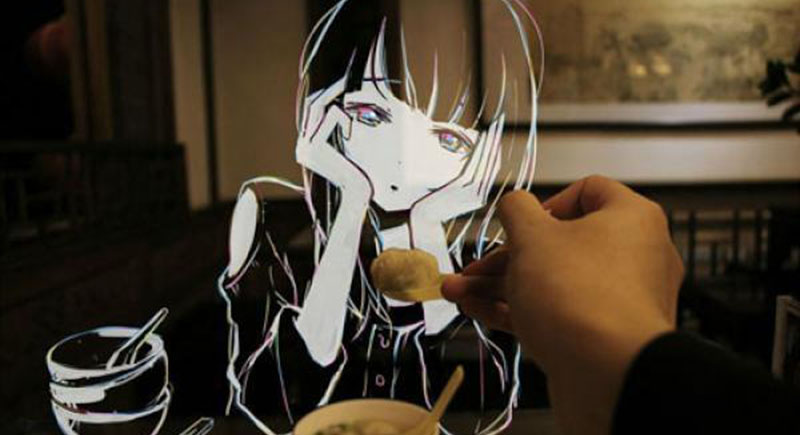 A few images created by a Chinese netizen became viral after it was shared massively, especially by the Japanese crowd.

The images were pictures the person took then sketching on his “2D girlfriend”.

Many were aww-ed by the creation, considering the lonely male to be sweet and felt for his longing for a companion.

These pictures of a “lovers’” were published on Weibo by a manga/anime fan are not the usual kind — they are of a 2-D lover. The guy’s “lover” has been drawn in by hand, and they are so cute that they have captured the hearts of a lot of internet users, the Chinese newspaper People’s Daily reports.