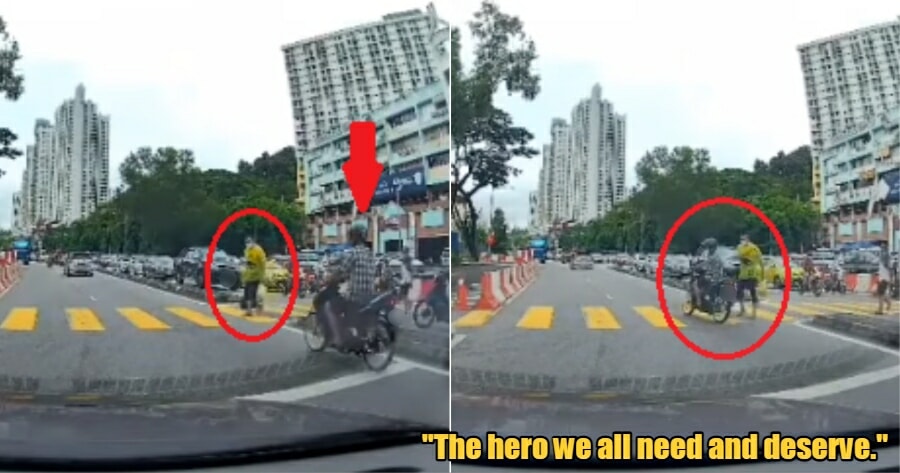 Motorcyclists running red lights are a very common thing in Malaysia, but that doesn’t mean that other road users are ready to take it as something normal.

In a viral video, it appeared that an uncle has decided to take matters into his own hands after a motorcyclist ran a red light in Farlim, Penang, as he was trying to cross the road.

As shared by Penang Kini, the uncle swung his bag at the motorcyclist, almost hitting the motorcyclist square in the face and definitely earning him the respect of netizens. 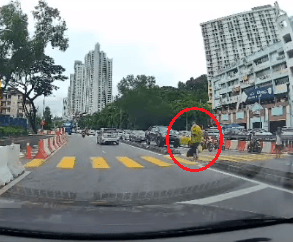 Penang Kini wrote, “Please stop and give way to pedestrians when the traffic light is red. Serves you right.”

In the video, the uncle in a yellow t-shirt can be seen crossing the road using a zebra crossing as cars stopped at the red light.

As he was crossing, he paused as a car ran the red light. Just as a motorcyclist was about to do the same, the uncle full on swung his bag at the motorcyclist’s head. 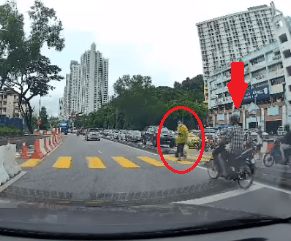 The motorcyclist managed to dodge the hit by moving his head out of the way at the very last minute and the two then went on with their day. 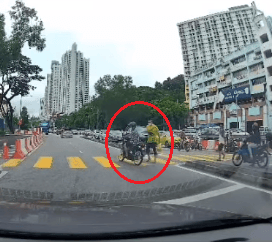 Netizens praised the uncle but wished that he had aimed better

The uncle’s actions drew a lot of praise from netizens who commended him for taking action. “Congratulations uncle, if can, kick the motorbike and let it overturn,” said a user.

Another user commented, “There’s a pedestrian traffic light there. (The motorcyclist) didn’t want to stop so he definitely deserves it. But it’s saddening that he didn’t hit the mark.”

Check out the full video below:

What do you think about the uncle’s actions? Let us know in the comment section. 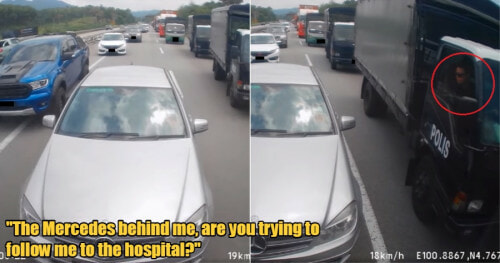