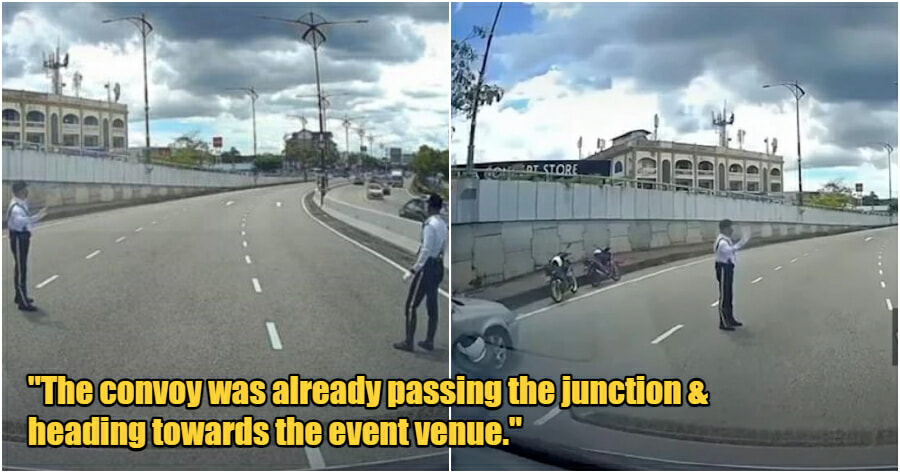 A video that showed a private ambulance being stopped by traffic police to give way to a convoy in Johor Bahru has gone viral and the rakyat are not happy about it.

A minute of delay can bring unimaginable consequences especially if the patient is in dire need of treatment. Yesterday evening (7 March), the Johor Bahru police has clarified the issue via a media statement.

The decision by 2 traffic policemen to stop an ambulance on Saturday (5 March) was to avoid a possible collision with the passing convoy. The 2 traffic policemen from Johor Baru North police district headquarters were on duty to control traffic in conjunction with Jelajah Aspirasi Keluarga Malaysia at Angsana Mall in Johor Baru. 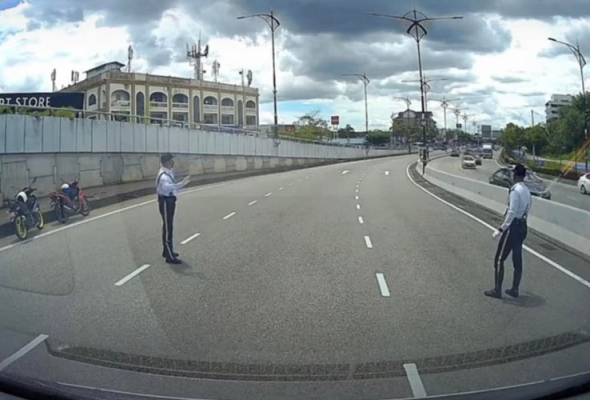 According to the statement,  the ambulance could have collided with the vehicles from the convoy if it had been allowed to go first. The policemen had taken all safety measurements into consideration by ordering the ambulance to stop, as the convoy was already passing the junction and heading towards the event venue. 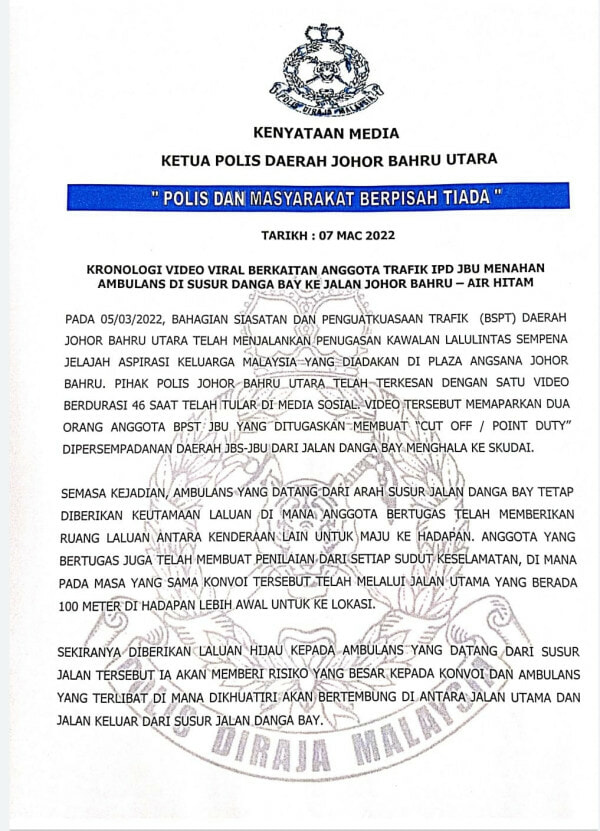 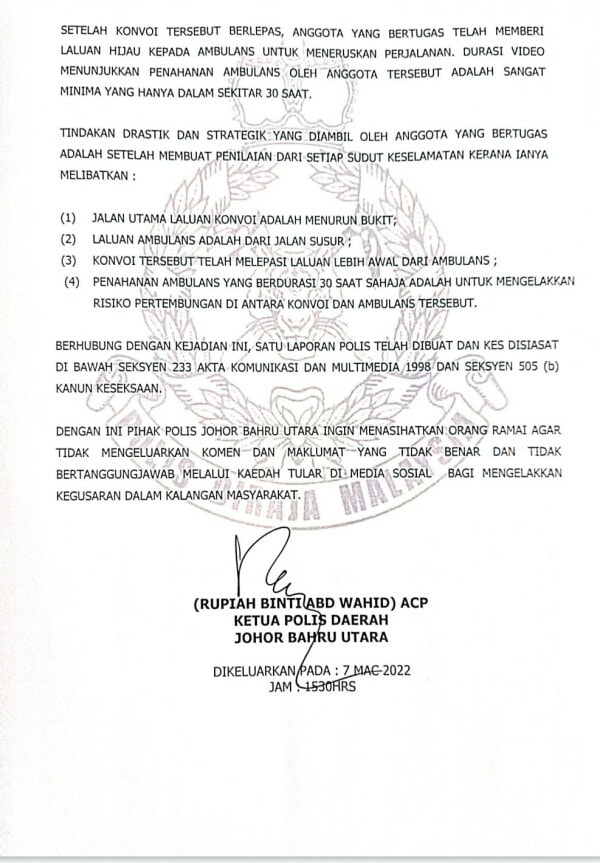 However, the ambulance was given immediate priority once the vehicles of the convoy had left the area.

The police also reminded the people to not post negative comments and misleading information to avoid public disorder.

Also read: WATCH: Ambulance Stopped In JB To Give Way To VIP Convoy & This Is The 3rd Time Already! 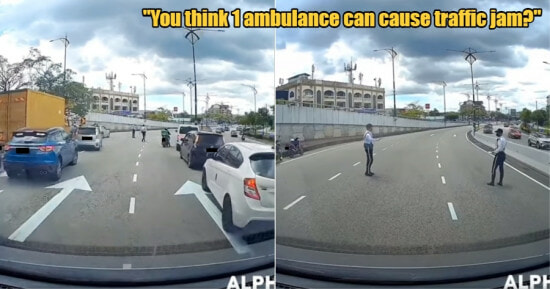