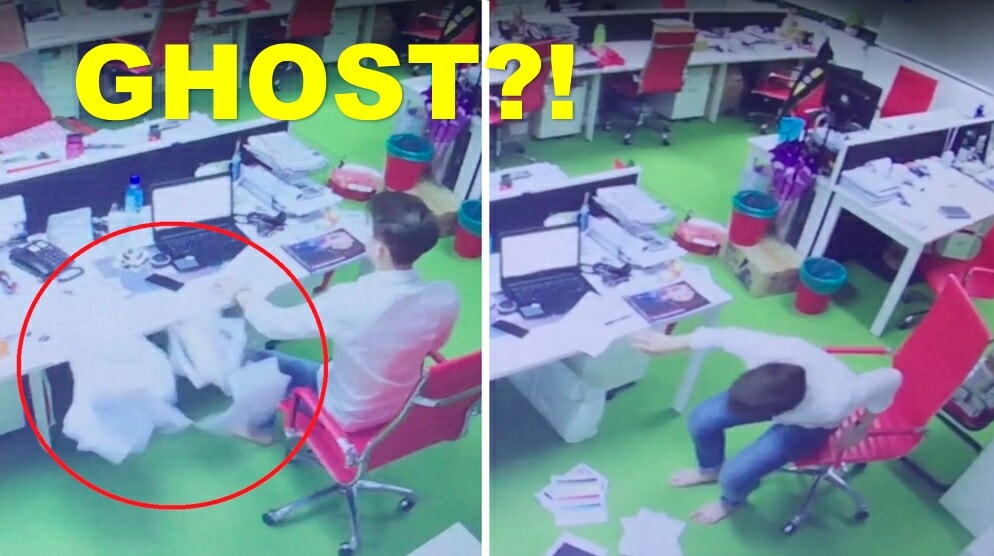 Whether or not you are a believer of paranormal activities, when weird sh*t starts to happen, it’ll creep anyone out.

Recently, a video depicting what seems to be a paranormal activity caught on tape has been posted on Tune Talk’s official Facebook page and gone viral. The footage of the video was taken from a CCTV security camera at the office of Tune Talk and have been viewed over 480,000 times and shared by 8,000 people.

The video was originally posted on the official page with the caption, “Something strange happened last night in our office. It freaked us out when we check the CCTV footage. Our Chinese colleague said that it’s not really a good month. So be careful everyone.” 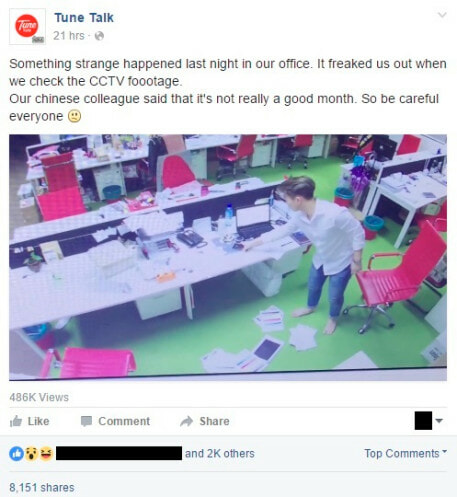 The short one-minute clip shows a lone staff who appears to be Chinese, is working at his desk when the paranormal incident began. Everything seems fine at first when suddenly the empty chair on his right turns to face him.

Sensing the movement of the chair, the guy turns to his right. But it was just then that the chair next to him, on his left reverses from under the desk as if some unseen entity has pulled the chair back.

And for a finale that seems to be right out from a horror film, the stack of papers on his desk are then stern onto the ground right before his very eyes.

Horrified by the incident, the man stands to make a phone call, probably to check is anyone else is around. If it’s us, we would have hauled ass outta there!

From the chatter in the background, a lady can be heard saying that the man had suffered from a fever following the spooky incident.

Some have taken to comment that the video is fake and the scene is staged due to the change of fps (frames per second). Others have also stated that it was no more than an intentional hype that serves as a marketing gimmick for perhaps one of their upcoming campaign.

However, some of our more superstitious Malaysians (us included) fear that it may be in fact the supernatural as it’s the month of the Hungry Ghost festival. 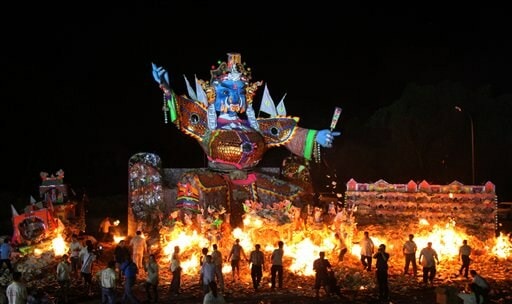 What do you think? Is it an actual ghost? Watch it for yourself to decide.