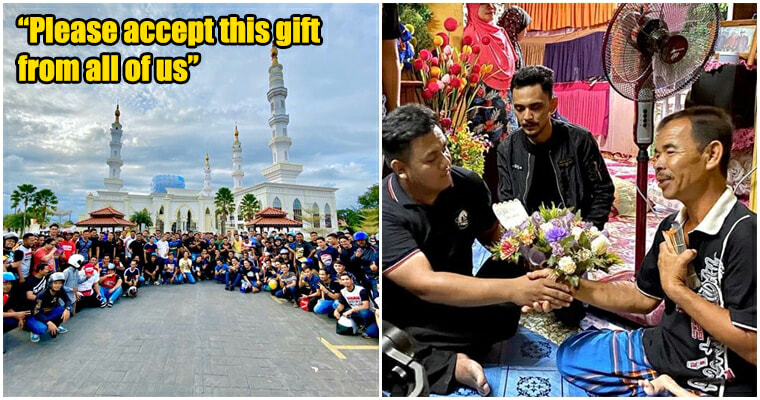 In a move that will shift perspectives on ‘Mat Rempit’, over 250 motorcycles sent tremors to Kampung Laut, Tumpat, last Friday (Nov 8th) as hundreds of riders swarmed around the house of a single father to three OKU children to hand over their donations. Their arrival created a commotion throughout the neighborhood, as any person would expect given the number of riders who showed up! 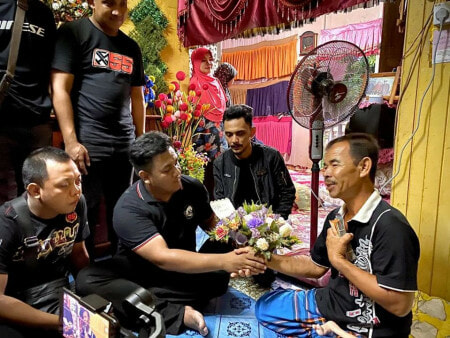 We previously reported the tragic story of a single father, Mohd Zain Abdullah, 58, who is going through the hardship of raising his 3 OKU children on his own after the death of his wife.

The nation felt his grief.

According to Riverbed, the news was so heartbreaking that hundreds of ‘Mat Rempit’, consisting of multiple groups of motorsports enthusiasts from Kelantan and Terengganu in a collective called Geng Motorsport, going above and beyond to collect a whopping RM25,140 donation and handing it over to the poor man, also known as Mat Zin, to support his 3 kids who have been diagnosed with cerebral palsy since birth.

The visit even took a bit of a whimsical turn as the group presented their own DIY Flower bouquet arrangement made out of RM5,000 in RM100 notes to Mat Zin.

“We hope that this will ease your hardships in supporting the three disabled siblings… Please accept this gift from all of us.”

The loving and generous side of ‘Mat Rempit’ is something that truly is rarely seen. What a fresh way to turn the tables around. 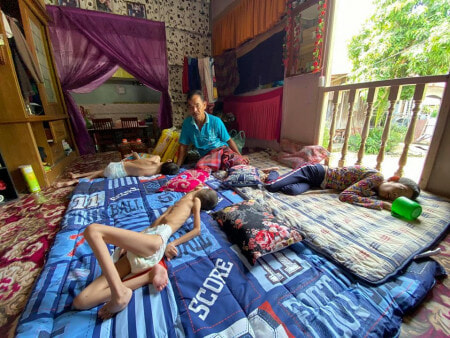 The spokesperson for the group, Ardy Datok Agos, from the Isabella96Family group, said that the donation was collected randomly and voluntarily as soon as one of Mat Zin’s nephews publicised the family’s current condition in a WhatsApp group, asking for people to donate diapers, milk, medication, and wheelchairs.

At that very moment, thousands of members from motorsport groups spread the news throughout their whole community, seeking donations.

The riders consisted of people from Tanah Merah, Kuala Krai, Jeli, and Pasir Mas in Kelantan. Some riders representing Terengganu came all the way to Kelantan to join the massive trip. 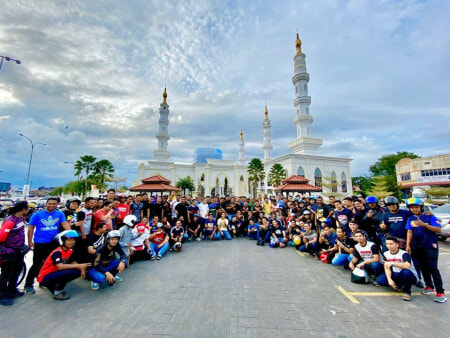 Ardy said that the money collected this time is the highest amount they have collected yet, as the union would usually collect money in a savings account called ‘jaja tabung’ in case any of their members were troubled or got involved in an accident.

They would always collect money especially when they are having a huge meet-up. The managers, which consist of businessmen, policemen, city authorities, and government employees such as FAMA would contribute the most during such an event.

The Geng Motorsport is a group of motorcyclists with a range of members from the age of 20 to 40-years-old, who would collectively ride in systematic convoys around the nation.

Wow! For once, we get to see the warmer side of Mat Rempit! Carry on, guys!

Also read: Single Father from Kelantan Takes Care of 3 Children with Cerebral Palsy by Himself 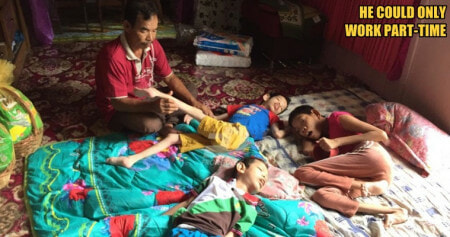