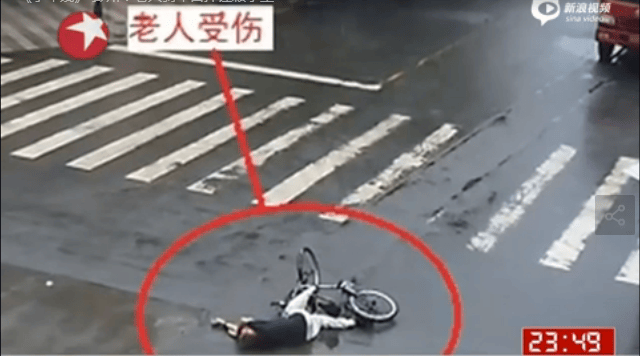 SICHUAN – An old man framed a student who was considerate enough to stop and check on him after he pretended to fall from his bicycle. 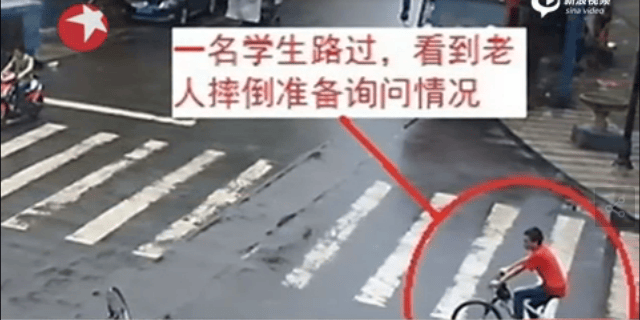 Translation: a student passes by, sees the old man who fell and checks out the situation

The incident occurred at an intersection on Thursday but when police investigated the matter, they checked the security cameras and found that he was indeed lying. The footage showed the devious man falling of his bicycle and then a student in a red short-sleeved shirt riding by seconds later and stopping to check if the old man was hurt. 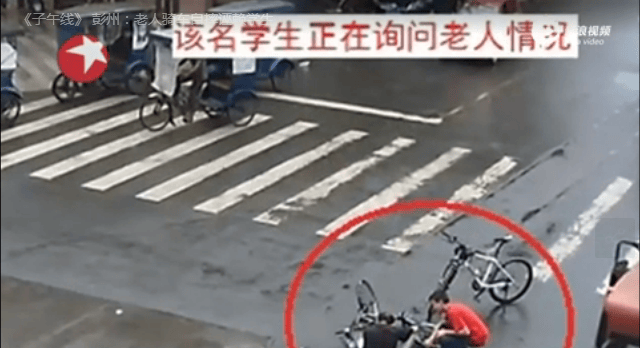 Translation: Student asking how the man is feeling

The police set the old man free after they said they taught him a lesson. Though many argued it was not sufficient and he will probably be back out scamming people again. 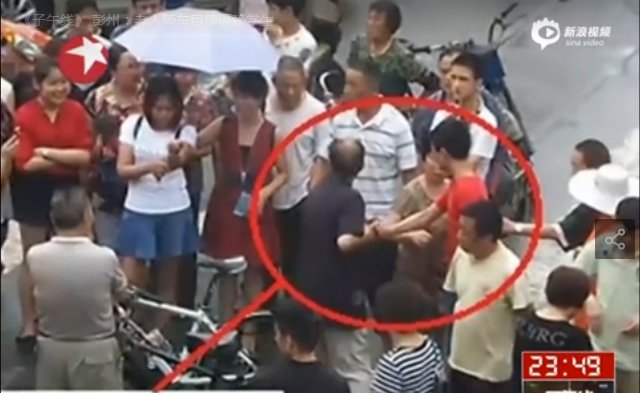 The scene drove quite a crowd

China is known for these kind of cases where someone would pretend to be hurt and then blackmail whoever that tried to help them, usually by accusing them of pushing them down. This has caused the country’s people to become wary and would become only ‘bystanders’ who would not help a person in danger, which can prove life threatening to genuine cases.

This man has caused an uproar in social media with hate comments flocking in condemning his malicious actions. One netizen even said, “The next time the old man tries this trick, I hope it kills him”.