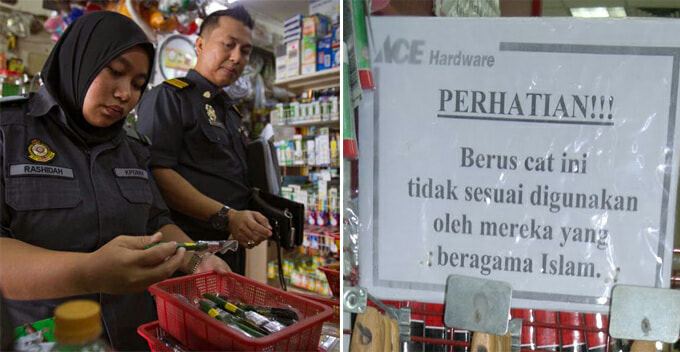 Following the complaints from Muslim consumers, Domestic Trade, Cooperatives and Consumerism Ministry (KPDNKK) launched a massive crackdown in several states to seize paint brushes that were made of pig bristles and sold without labels.

The operation which started from Monday has seized over 2,000 paint brushes worth over RM10,000 from various hardware stores nationwide. The confiscated items were suspected to be made from pig bristles and sold without specific labels. 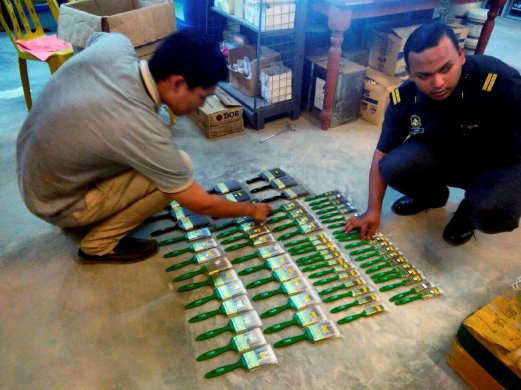 In Terengganu, 377 paint brushes were confiscated from hardware stores in two districts which were Dungun and Kemaman, Harian Metro reported.

“In Kuala Terengganu however, no paint brushes made from pig bristles were found as the hardware stores were selling brushes from brands such as Selly, Carlo, Cata, Oto and Gold Liner which are made from horse and goat’s hair, and fibre,” said Terengganu KPDNKK Director Azlan Abdul Samat.

“Despite no confiscation were made in Kuala Terengganu and Besut, the shop owners were advised to make clear remarks and separate the Muslim-friendly brushes with the non-halal brushes,” he added. 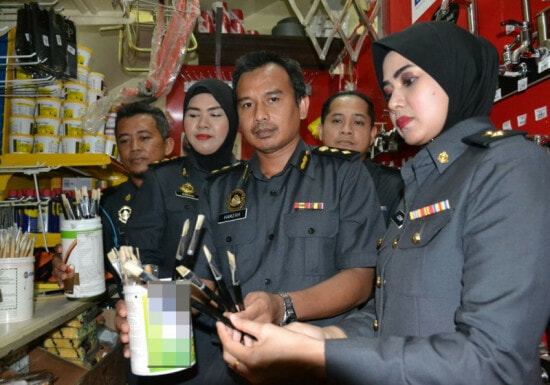 Malaysia Hardware Wholesalers Association questioned the rationality of the crackdown as it pointed out that the paint brushes confiscated by the authority have been in the market during the time when Malaysia first got it’s independence. 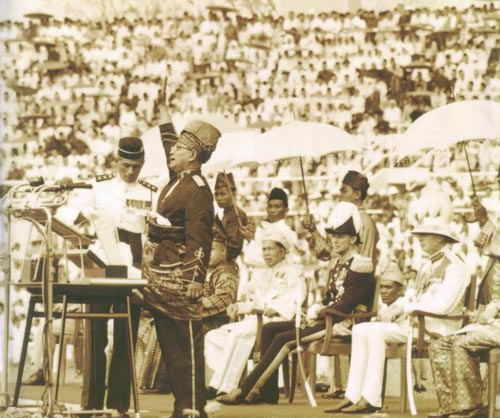 In fact, back in 1980’s, Penang Consumer’s Association had already warned consumers that certain products were not Muslim-friendly, Kwongwah reported. #throwback

In 2008, the association even published a book regarding daily items which are halal and non-halal as guidance for the public. I guess the authorities preferred to sweep things under the rug at the time.

Authorities say that shop owners can continue selling the non-halal paint brushes provided that they separate them from the halal ones to prevent Muslim consumer from accidentally touching or buying them. 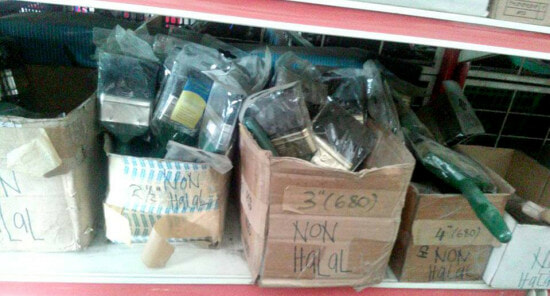 So guys, please choose your paint brush carefully when you’re buying one next time.