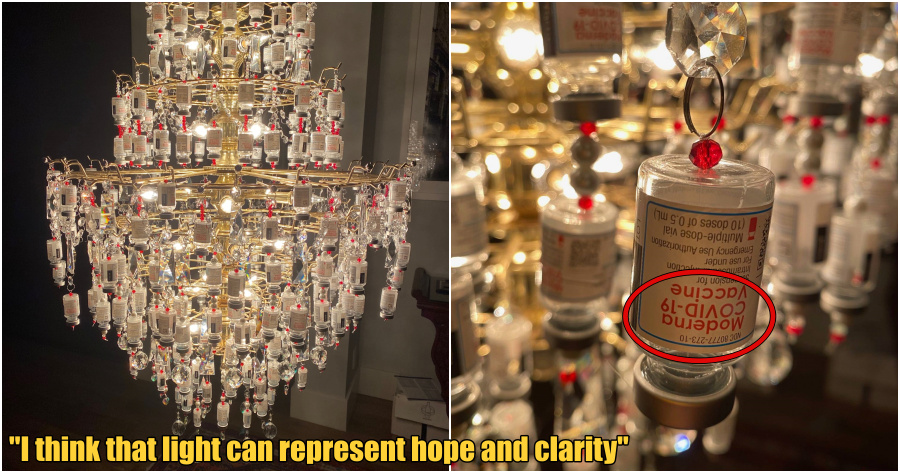 A public health nurse in Boulder County, Colorado, US has created a work of art by using empty Covid-19 vaccine vials.

Her work and the motive behind the piece was shared in a Facebook post by Boulder County Public Health which said, “One of our talented Public Health Nurses, Laura Weiss, created this gorgeous piece of art using empty COVID vaccine vials.”

Weiss said that “As a Boulder County Public Health nurse, I was witness to the inexhaustible efforts of healthcare workers and volunteers who assisted in vaccinating Boulder County residents. I was inspired to repurpose hundreds of Moderna vaccine vials and create this ‘Light of Appreciation.’” 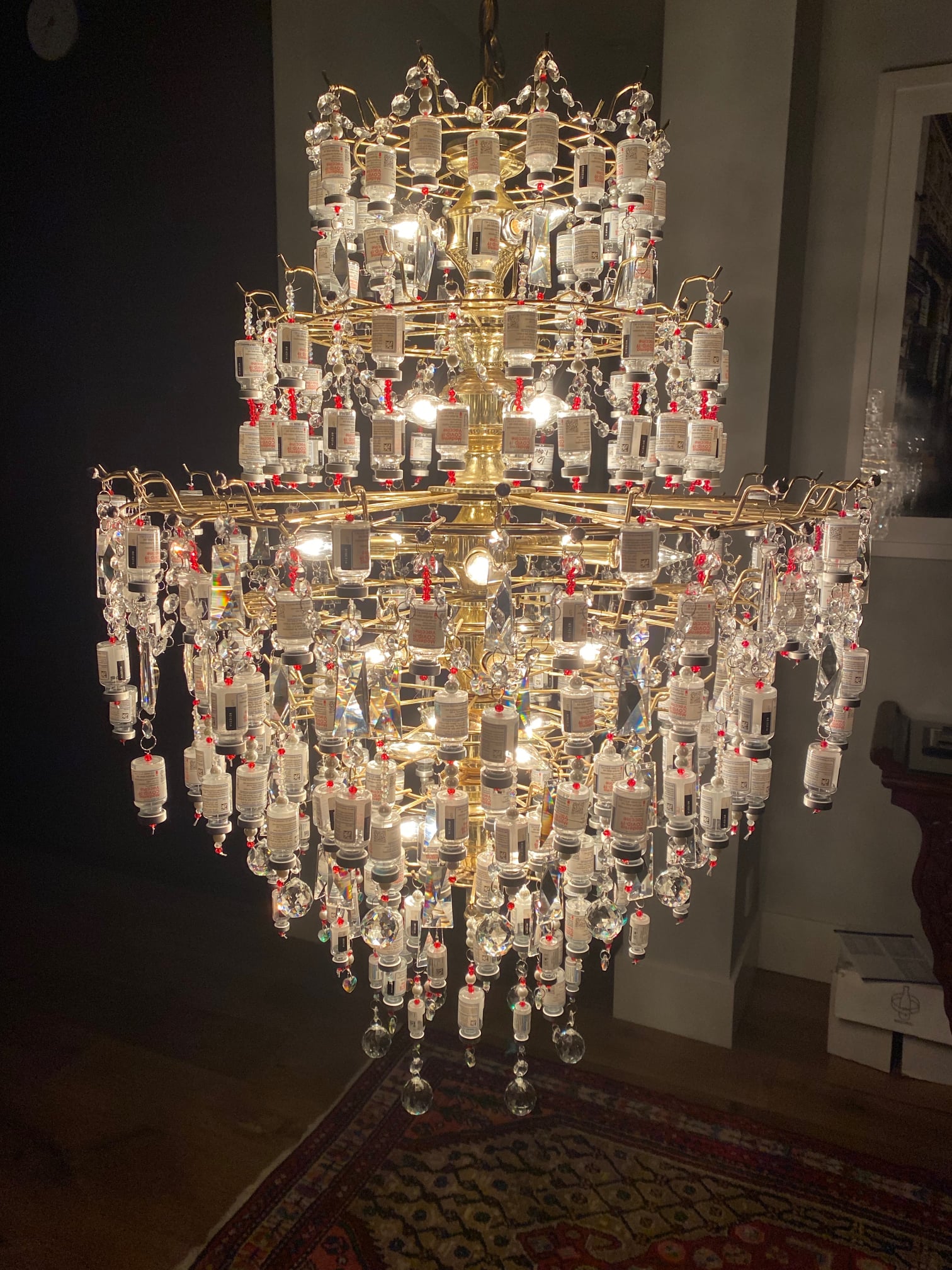 Weiss added that “It is meant to honour and show appreciation for all those who have helped keep people alive, either by getting the vaccine to protect themselves and others, caring for those suffering from Covid, or by assisting in the vaccination effort.”

“We are all connected in this effort. After so much loss, uncertainty, and anxiety, may the light bring hope for a brighter future.”

In an interview with CNN, Weiss said that she was a retired nurse when the Boulder County Public Health asked for her help with administering vaccines in February.

“I had noticed all these hundreds and hundreds of empty vaccine vials that were otherwise going to be wasted, and I thought they were just really beautiful and wanted to do something significant and meaningful with them,” she said 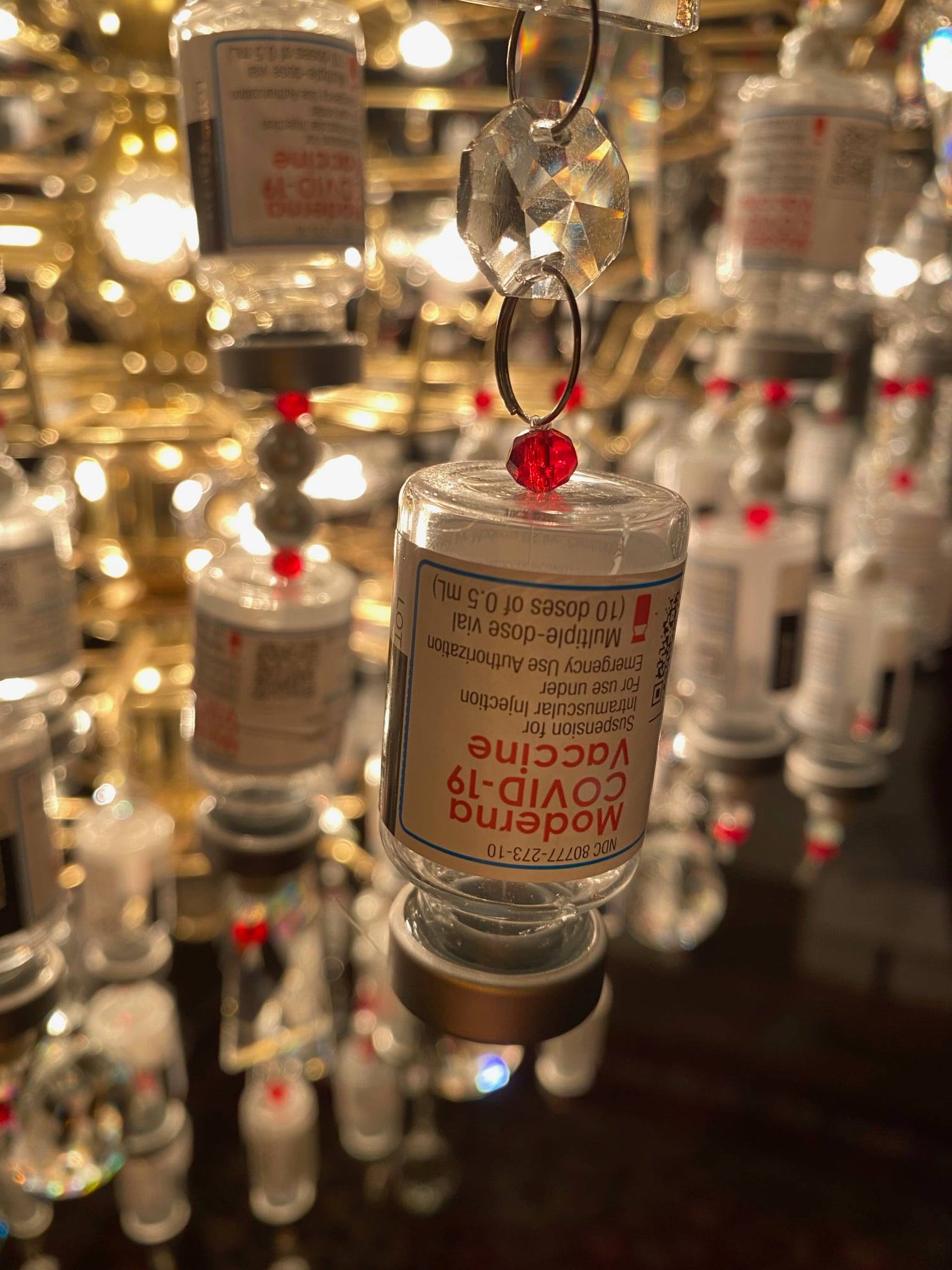 She got permission to use the glass Moderna vaccine vials and created a beautiful chandelier as she explained, “I realized I wanted to do something with light because I just felt like it’s been such a dark and challenging year for so many people that like the idea of bringing a light to this.”

“I think that light can represent hope and clarity and it also has the potential to actually expand the bigger view and verify perspective.”

Speaking on the inspiration for her idea, she said that the idea of making a chandelier came from an eBay purchase. She had then found the frame online and believed that it would work well as the backbone of her project.

“From a distance, the chandelier just looks like a regular chandelier, but as you get up closer to it, it becomes actually something very different and it changes your perspective,” she said.

“It reminds me that we can see something one way and as you get closer or look at it differently, our assumptions can actually be very incorrect.”

Although the art piece currently does not have a permanent home just yet, Weiss said that wherever it goes, she wants everyone who sees it to understand her intention to honour healthcare workers who put their health and lives on the line during the pandemic.

Reactions to Weiss’ work of art

The post by Boulder County Public Health has attracted plenty of attention as the post currently sits on 27,000 likes, almost 6,000 comments and 22,000 shares. Many users saw the beauty in the work and expressed their gratitude and appreciation towards Weiss. 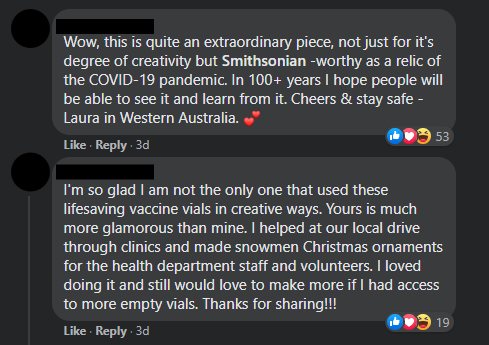 Although many users seemed appreciative and mesmerised by the artwork, some have criticised Weiss’ actions and said that it does not look like proper safe disposal of vaccine vials and some even compared it to something that would be seen in a horror movie. 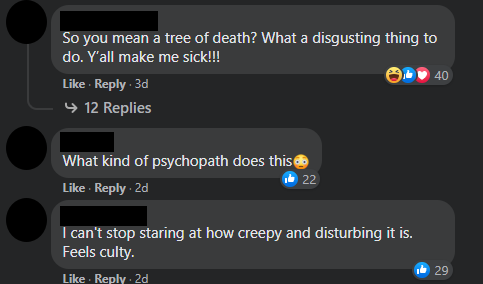 What do you think of this? Is it art? Let us know in the comments. 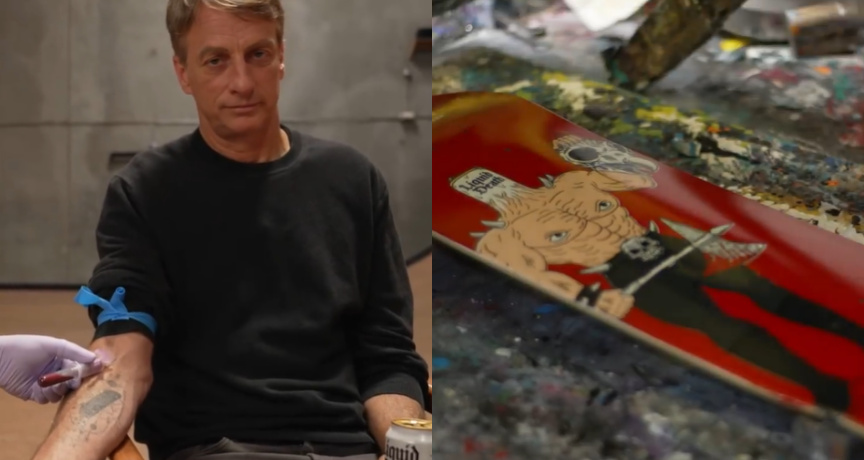