Things like underwear, panties, pads and pantyliner are NEEDED to be clean because they are ‘close’ to our skin. Can you imagine wearing one of those things that has unknown dark spots on it?

Well, a netizen with the account name of Ey Ey certainly experienced it first hand. She felt itchy after wearing a new pantyliner that she just bought from a shop.

So, the lady in question decided to record the process of cutting open the pantyliner to find out the cause of the itchiness. 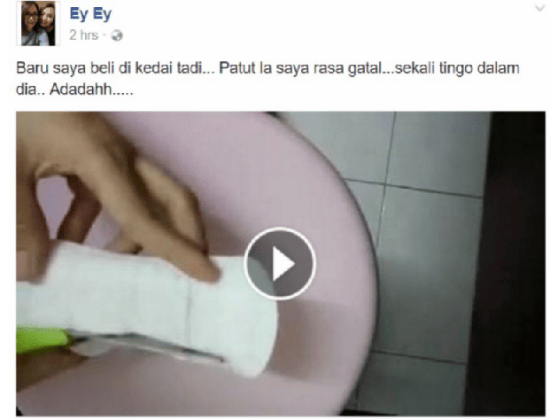 The 2-minute video was uploaded on social media which has since gone viral, gaining over 1 million views.

In the video, the lady can be seen opening a new packet of pantyliner and shows what appears to be a fresh clean pad.

After cutting the pantyliner, she peeled open the cotton part to find dark spots that looks like spores and mold on the pantyliner. Ewww… 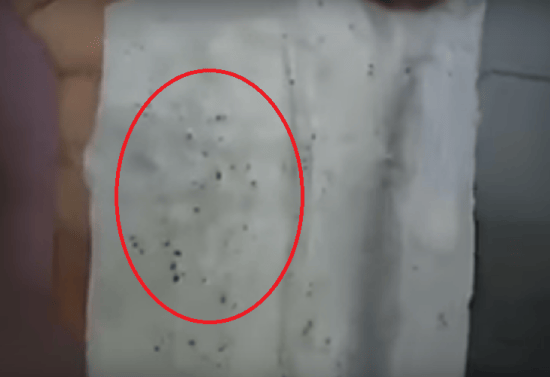 Things got worse when she opened up the mid-section of the pantyliner. She showed the camera that there were more of the dark spots but this time they looked like tiny bugs or worms. However, the “things” are not moving. 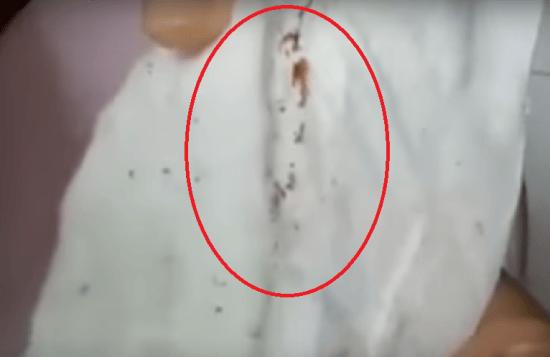 Netizens had asked her to disclose the brand of the pantyliner but she refused to do so. The video was even taken down after hours later.

World Of Buzz cannot confirm the authenticity of the video, whether it was fake or not. However, many have speculated that she bought an expired pantyliner while some say that the “tiny bugs” are actually herbs that were put there to treat the “ladies part”.

The video garnered a whole lot of concern from Malaysians, especially the females, who fear the same thing would happen to them.

Whatever it is, it’s seriously shocking, especially for something females use that’s supposedly hygienic!