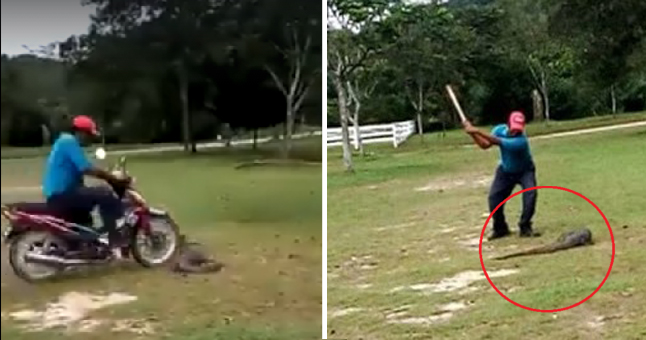 It is baffling how humans can derive fun from torturing animals.

Yesterday, a video of a monitor lizard being run over by a motorcycle repeatedly has gone viral on social media.

In the video, a man riding a motorcycle ran over a poor monitor lizard. To make matters worse, he ran over the lizard repeatedly. He seemed to enjoy the entire process of torturing the poor creature. Like really dude, what is wrong with you? 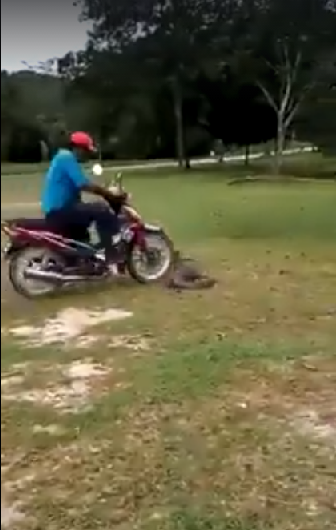 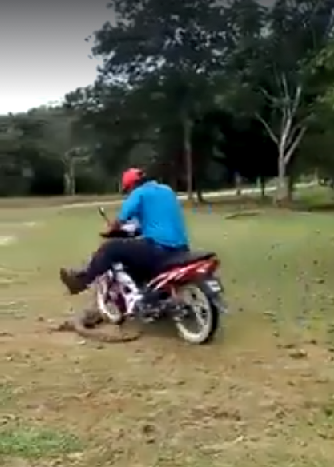 The video lasted for 1 minute 32 seconds and his counterpart can be heard laughing in the background. Apparently, the guy tortured the monitor lizard because it was caught eating their fish stock.

The monitor lizard succumb to its injuries after a few rounds of being ran over. It lay on the ground motionless. That’s not all, the guy proceeded to hit the lizard with a stick, presumably a hoe on its head according to Malaysian Digest. 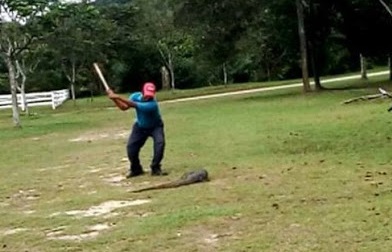 Netizens were enraged and furious after watching the video which has over 19k views in just 19 hours. Some said it was totally uncalled for, and that every animal is a creation of God.

“The lizard is also a creation of Allah. It needs to eat as well. You don’t have to torture it like this even though it steal your fish. I hope you will taste your own medicine soon,” commented a netizen.

“You can capture it and released it by the river, just like my father did. There is no need to torture the lizard like this,” commented another netizen.

Whatever the reason may be, it still does not justify cruelty to animal as a solution.

Here’s the video but be warned, it may be a little graphical.