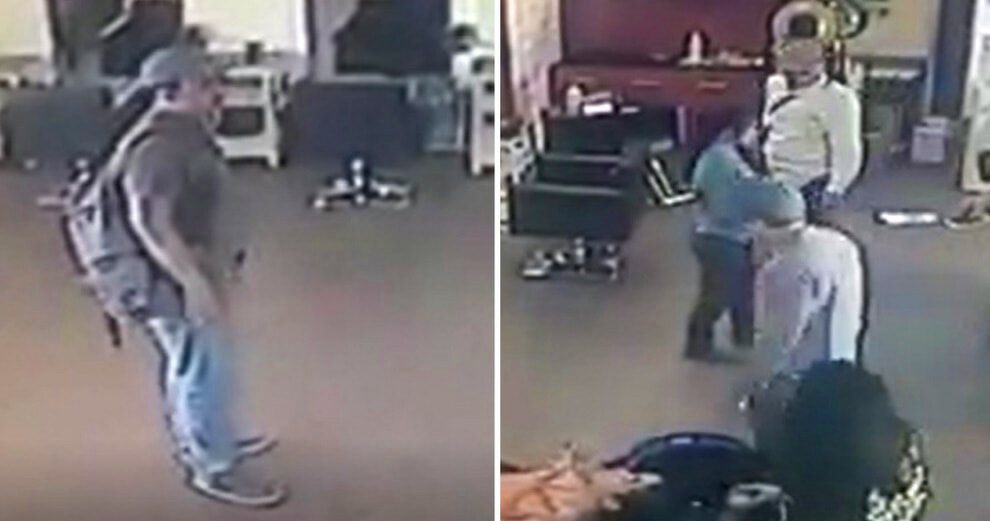 Surely, it’s every Malaysian’s fear to be robbed in broad daylight. Unfortunately for this lady, it looks like that fear became a reality not too long ago.

A netizen named Eunice recently shared her scary experience of being robbed as a warning to others. Eunice said in her Facebook post that she and her mother were robbed while they were getting their hair done at a salon in Setia Alam just yesterday evening (7th August).

The incident happened at around 5pm, when one man walked into the salon, asking the owner whether he could get his hair dyed. However, the owner was suspicious and turned him away but he refused to leave. He instead proceeded to walk to the back of the salon, claiming he wanted to use the toilet.

He then walked to the back and opened a door. When he saw that nobody was there, he signalled two other men to enter. One of the men even took out a parang (machete) and told the owner to hand over his money and phone. They even told him to disable the “Find My iPhone” app on his phone so they couldn’t be tracked.

They then walked to where Eunice and her mother were getting their hair done, and asked them for their money, jewellery and phones. However, while rushing to get away, the robbers left a bag behind.

The shocking part? They found drugs inside the bag!

What made things even more strange was that the door the robbers managed to open can only be opened with a remote control, leading them to believe that the robbers used a special device to open it.

Eunice ended her post by asking fellow netizens to keep a lookout for her and her mother’s stolen belongings.

So, if you happen to come across these men, be careful and notify the police about them!

Also read: Noob Thief Breaks into House, Gets Caught Because He Couldn’t Find His Way Out 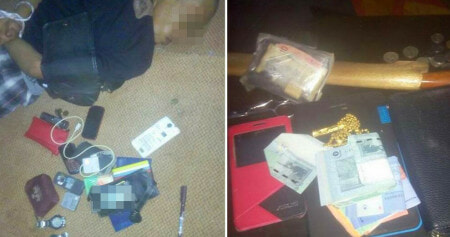