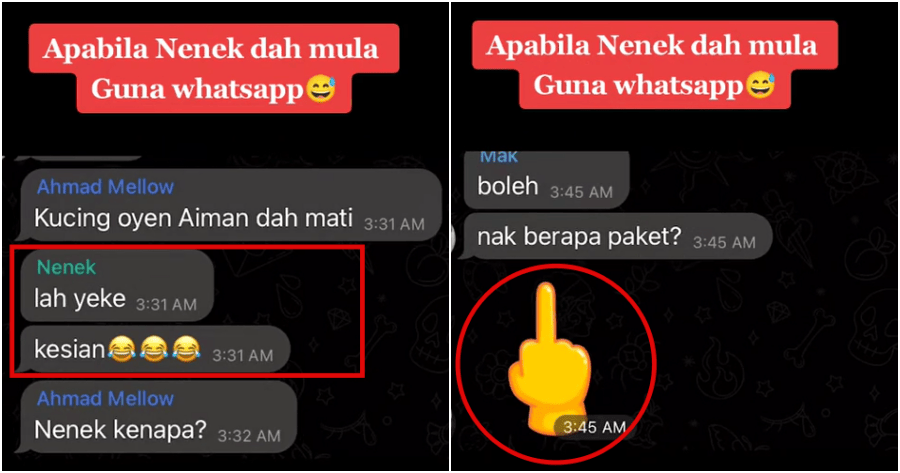 The bonds we forge with our pets go deep. Their love for us is unconditional and they have a way of making us feel better even on our worst days, which makes the loss of a pet that much more difficult.

Recently, a video went viral on TikTok when a guy shared a conversation with his grandmother stating that his ginger cat had passed away. However, her response to the news was a little unexpected. 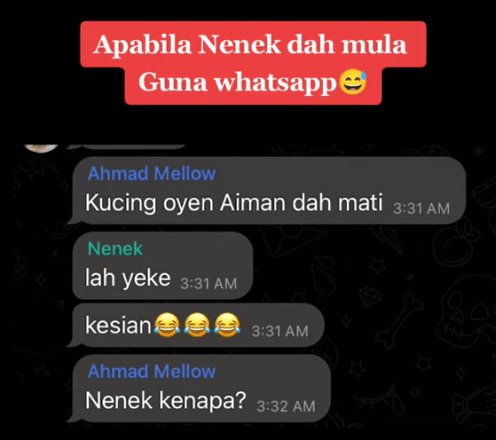 As seen in the video, a guy called Aiman had informed his grandma of the sad news in their family group chat.

However, the innocent but WhatsApp savvy grandma replied with the wrong emoji. Instead of a crying face, she wrongly sent a laughing with tears face with the words “poor thing”. Innocent nenek thought that the emoji sent was a crying face one.

When the grandmother asked her daughter (Aiman’s mother) to get her some cat food, the daughter asked how many packets she needs. Aiman’s grandmother wanted only 1. However, instead of using the pointer finger indicating the number 1, she sent a middle finger instead. 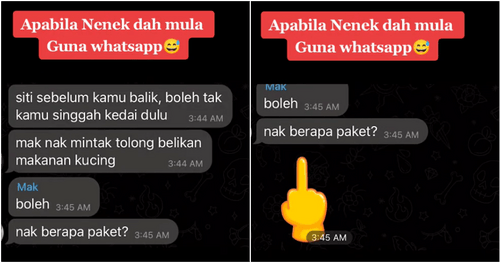 The video that captions “When grandma is a beginner in using WhatsApp” has received over 2M views and 220k likes at the time of writing.

This whole situation has tickled many netizens.

“HAHAHAHA YOUR GRANDMOTHER IS SAVAGE BRO”

Some netizens even shared their own experience with poor texters.

“This is just like my mum who received a message on her WhatsApp group that someone’s husband passed away, she expressed her condolences with 😂 everyone just paused for a moment”

“Same here, I was having a meeting in a business group once and accidentally sent the middle finger emoji hahaha”

Watch the video down below:

What kind of encounters have you had with boomers and technology? Share with us down below. 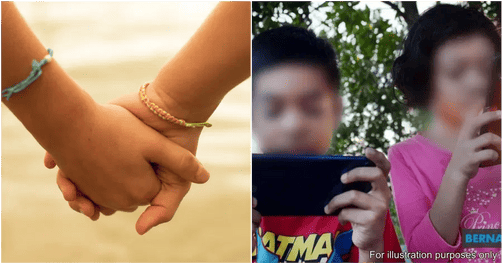